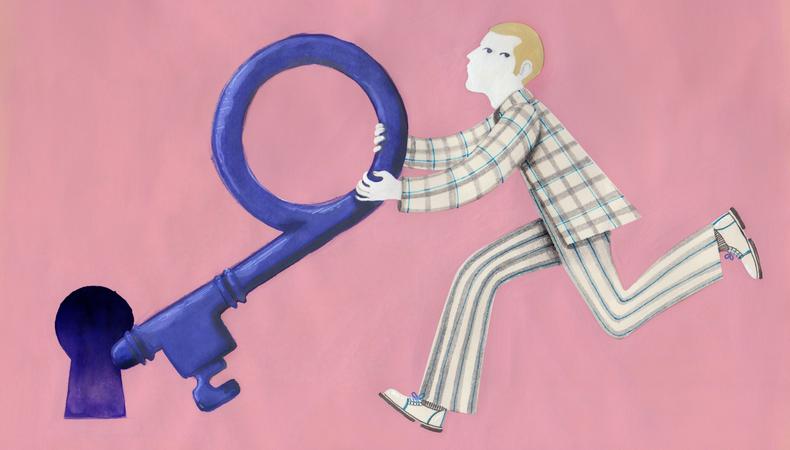 Landing an audition with a top casting director for a buzzy new project can create a heady mix of emotions. Of course, it’s so exciting—it’s what you’ve been working for! But it can also be nerve-wracking. Don’t let your anxieties get in the way; casting directors are always on your side—they want you to get the part! But don’t take it from us. Below, nine top CDs behind some of this awards season’s best film and television projects share what they want you to know about their audition room so you can leave a lasting impression and book the role.

Rich Delia (“IT: Chapter Two”): “I love questions. We try to space [auditions] out so an actor has enough time to work through their process and they’re not coming into a cattle call situation. I try to give actors room to have their moment in the waiting room and prep without being surrounded by 10,000 people. Then, when they come in, [I try] chatting with them and relaxing them a little bit if that’s something that they’re open to. Some actors come in and want to go right into the scene. I very rarely direct anything before the first take, because I like to see what they bring to the table. Sometimes, the actors I really respond to are actors who make strong, unique choices. Those choices are coming from instincts they have, and I want to see their instincts before I impose any of the production’s or my or the director’s or anyone’s [ideas] on them. I can never guarantee that an actor is going to get a role, because casting is so collaborative and there are so many things that go into it. But what I can guarantee is that an actor will have a good experience coming into my office. They can hopefully leave and say, ‘That was really fun and I got a chance to act today and I met some cool people.’ I try to make it positive. There’s so much that actors have to go through on so many levels; if the CDs aren’t advocating for actors and trying to make it positive for the actors, who is?”

Alexa L. Fogel (“Pose”): “We’re both there for the same reason, which is to collaborate and do the work—and we should both be prepared.”

Christine Kromer (“Russian Doll”): “I really like actors to know that the time they’re in my room is theirs. I’m very open to answering questions; I’m very open to working on it a couple of times if they’re having a moment. A lot of people get so nervous. I really want to make sure they know that coming in for me is going to be fun and warm and I’m on their side. I think auditioning is very difficult and very stressful. I just want people to come in a little nervous but leave happy.”

Sherry Thomas (“The Act”): “[I provide] a safe space to do their best work. The only thing that we require is that they’ve done their work so we can do ours.”

John Papsidera (“Honey Boy”): “I hope they feel like they had a space and a moment to share a bit of their soul. I think that is what my job is, and everybody who works with me tries to create a space where that can happen. We really respect actors and we want them to be able to feel like when they walk into the building and then specifically into the audition room, they have freedom to do the best work they can. That’s always the goal. I think you do that by making it a safe space, by being helpful and collaborative and present. It’s a big thing for me to feel like we show up for actors. That’s the least that they can expect, and we try to get the best out of them by having someone participate in that.”

Bernie Telsey (“Fosse/Verdon”): “A job! They can expect to hopefully be seen and to hopefully be chosen. One thing I want every actor to know is if they don’t get the specific job they might be coming into the room for, there are so many other things about that experience that are being carried over. Always remember: You’re not being rejected, you just didn’t get that job. We have this box in our office, and [when] every one of our CDs comes out of a session, those audition sheets get circulated so everyone can see who might have done something that might be right for the thing that they’re casting. That’s the fun thing about our office, because we have so many different kinds of projects happening at the same time. We have a column on our schedules that they might be coming in for ‘Rent,’ but on the side I’m writing, ‘See for this and this and this.’ Even if they’re not getting the ‘Rent’ job, they’re coming in for ‘Wicked’ or ‘Mean Girls’ or ‘This Is Us,’ whatever it is we’re potentially casting at that moment. Every audition is another way of being seen and educating whoever might be in that room about what your talent is. There are so many other opportunities that come out of that.”

Aisha Coley (“When They See Us”): “I hope they come in and give it their all. If they don’t get the part, I hope they are so impressive they’re someone I want to keep in mind for something else.”

Susie Farris (“The Conners”): “I hope to provide a warm, safe room for an actor to have trust and do their best job. I certainly treat everyone with respect and professionalism. I think that they need to come in prepared and make choices. And I think it’s important for an actor to know that they’re not going to be right for every role, but they need to put their best foot forward because this is what we do and if they’re not right for one part and they’re talented, at least I know what to do with them. Then, when a role comes up that they are right for, that’s kind of what we do.”

Elyse Roth
Elyse is a senior editor at Backstage, where she oversees all casting news and features content, including her weekly casting director Q&A series, In the Room. She came to New York from Ohio by way of Northwestern University, where she studied journalism, and now lives in Brooklyn. She might see and write about awards-worthy films, but Elyse still thinks “Legally Blonde” is a perfect movie and on any given night is probably taking in some kind of entertainment, whether it’s comedy, theater, ballet, or figuring out what show to binge next.
END_OF_DOCUMENT_TOKEN_TO_BE_REPLACED