The Recipe Behind Becoming a Food Stylist 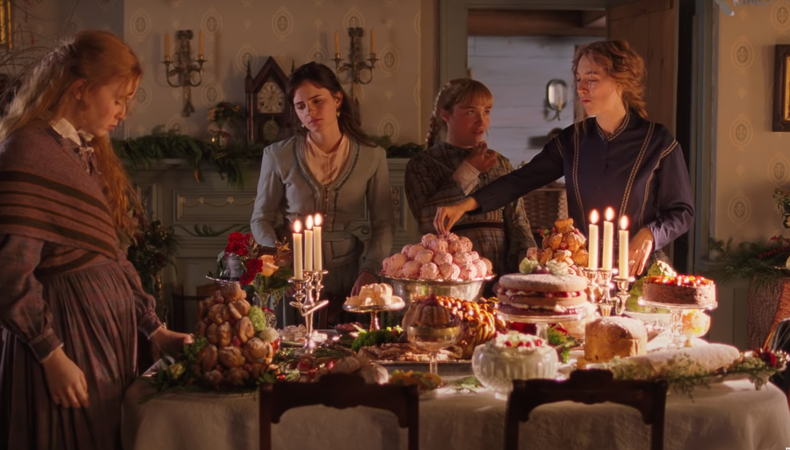 From medieval banquets to 19th-century dinner parties to a casually consumed hot dog while strolling down a city street, food appears on your screen all the time. Whether or not you notice what’s being consumed, food plays a key role in film and TV, helping place viewers within the scene and setting the right tone. But who’s making sure all those treats look so delectable on camera? That they help achieve the project’s vision? That would be a food stylist like Christine Tobin.

Thanks to her food stylist work on films like “Little Women” and “Ghostbusters,” series like “Black Mass,” “Olive Kitteridge,” and the upcoming HBO Max Julia Child series starring Sarah Lancashire, and in advertising and editorial, Tobin knows her way around a table piled high with food.

If this seems like the brand of movie magic you want to help with on set, Tobin shared some advice with Backstage for aspiring food stylists.

What does a food stylist do?
A food stylist makes food look good for the camera. For advertising or editorial sets, a food stylist works closely with a photographer, art director, and various clients to get food to look desirable. It gets more complex with motion picture work. My experiences in film have been intense and enriching from the first day of prep to the film’s wrap. I work closely with the director, producers, and talent to help establish a scene or character development through the craft of food. Food in motion pictures is simply a different beast from food styling for still photography. It not only involves designing the food to look good for the camera but hours of planning and executing foods that were either scripted or envisioned by the story’s creators. A food stylist is no different than any other craftsperson. We’re all working together to bring a story to life.

How did you get started as a food stylist?
I began food styling 15 years ago while working as a server at Oleana Restaurant in Cambridge, Mass. My first food styling project was for owner and chef Ana Sortun’s first cookbook “SPICE.” Ana was told that I was looking to pursue this profession and she gave me the opportunity to assist her. From there, I worked in NYC for various stylists and learned the craft. Back then, before Instagram, food styling was a very niche industry. It still may be. Getting as much exposure and experiences assisting other stylists was my greatest tool, as was working in restaurants for a solid 20 years.

What’s your process when approaching a new project?
I typically get a call a few weeks before preproduction begins. It’s all sort of a whirlwind from there. With a heavy concentration on the script, the geographical region, and the period the piece is set in, my research begins. The research is one of my favorite aspects of food stying on motion pictures for it takes more of a historian’s or consultant’s brain. After about a week with the script, I meet with the production’s director and department heads to get an overview of what the director envisions and how this will be executed. I work closely with the property master to set up each scene that food is needed in and we go over the logistics, i.e. if the scene takes place in a restaurant or on a beach.

Although we’re trained to always expect the unexpected while on set, I do my very best to make sure all foods are prepared to spec and ready for action each day I’m needed. From the first phone call, it’s all about being prepared for anything and that takes weeks of planning. On my most recent project, I was given a kitchen with running water! This is a huge luxury for me for I typically work from my personal space. My assistant and I had the luxury of testing recipes, testing finished dishes on set dressing, etc. Having a designated space to work from at a staging warehouse is something that I’ll forever cherish. 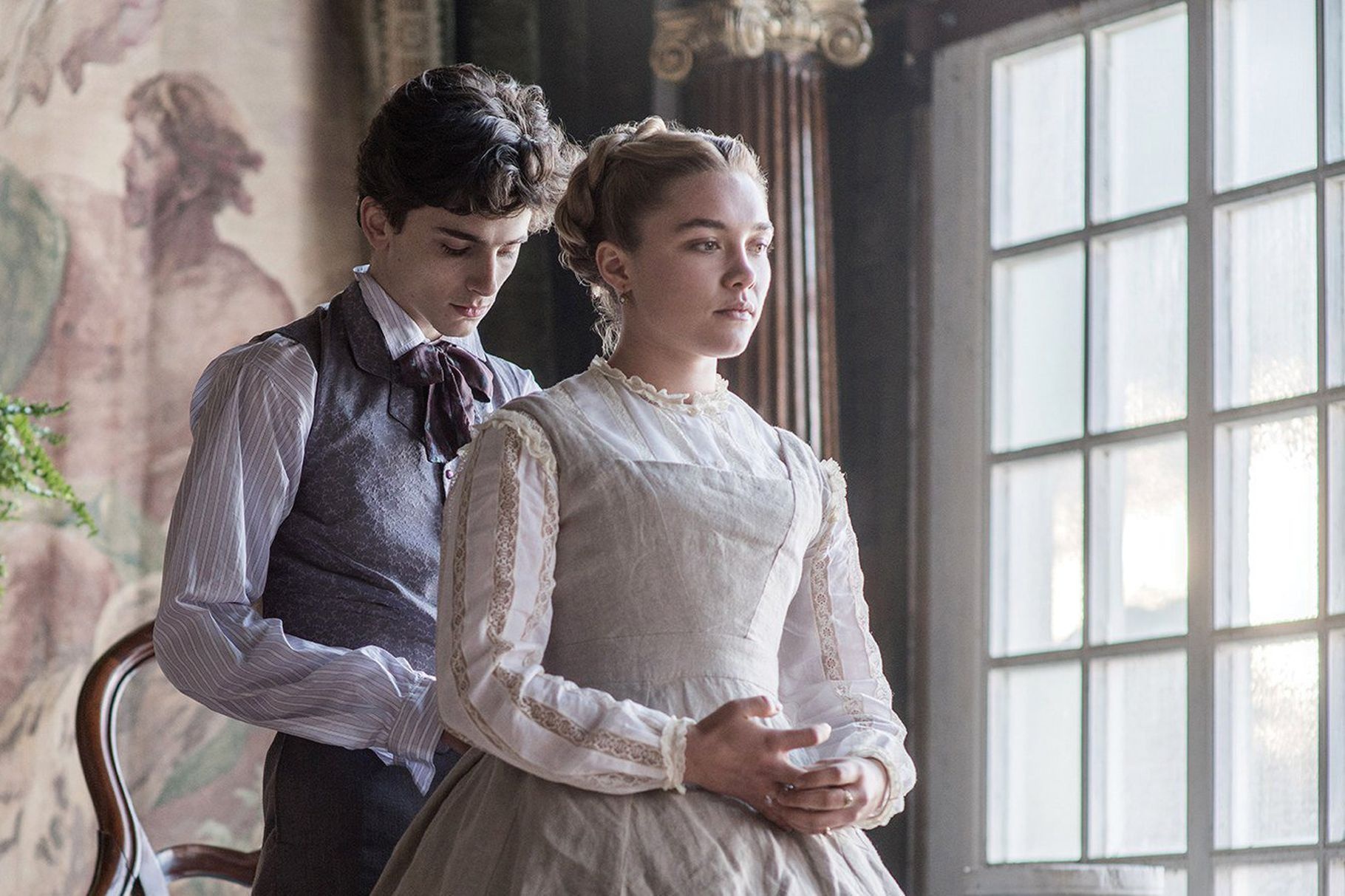 What was your first film crew job?
My first film job was “Labor Day.” I was hired to work independently and collaboratively with the amazing food stylist Susan Spungen. Susan was also the film’s culinary consultant. I learned so much from her, from set etiquette to large food production techniques. We baked hundreds of pies, I turned out an outrageous amount of biscuits for Kate Winslet and got to learn how to work a walkie-talkie. Since my work on “Labor Day,” I’ve worked on 17 films. Each set brings new challenges so I feel like I’m always learning something new.

How do you find work?
I don’t have an agent. I typically get my jobs from word-of-mouth and find that I’ve received the best experiences based on referrals. I joined the IATSE Local 481 while on the set of “Olive Kitteridge.” I’m the only person listed with the craft of food stylist. This enables me to be a go-to for my services on film sets. It’s always a blast working with my local prop teams but sometimes I work with out-of-town teams depending on the project and crew availability.

What is a day like for you on set?
No day is ever exactly the same. I typically arrive one to two hours before crew call. This time allows me to set up my station, organize the foods, and establish a home base. There are days I might have two feasts to prepare or multiple locations where there’s food needed. It can get complicated. Days on set are filled with keeping food safe and ready for when I’m called to the stage. I often only have a few minutes to arrange food or serve actors at rehearsal. It all happens very quickly from there.

No one knows how food plays in a scene until the actors are rehearsing. From the moment an actor lifts a drink or takes a bite, it’s then all about continuity. This means I may replenish a bite of chicken 20 times or place a cookie back on a plate to be picked up and eaten. Once a scene is established, I then stand by the set to replenish food, answer questions from actors, and reset set dressing if needed. I’ll visit video monitors to see how the foods are being played and remain on set until we wrap.

What skills do you need to have to become a food stylist?
The ability to understand food as a tool to evoke emotions.

Do you have any advice for someone’s first day on the job?
Be on time.

What do you usually look for when hiring your crew?
My assistants are always experienced line cooks or pastry chefs from established restaurants, most notably from my Oleana connections. It was not until recently that I had the luxury of hiring assistants on film sets. I like to hire professionals who are excited to be part of this wacky experience in food preparation; it’s equally faced-paced as restaurant work. I like assistants who are comfortable with taking direction, think creatively, and have an excellent sense of timing.

What advice would you give aspiring food stylists?
For film work, food styling is considered a “specialty craft” that falls under the property department. I had worked on two film sets before entering our IATSE Local 481. Being a member of my local has allowed me to work more freely on set and to establish relationships that go beyond the property department. The work I’ve done on film has evolved from prop food to set dressing to culinary consulting to technical support and coaching. I’d reach out to the business manager of your local union and see how they may help you. I’d also get in touch with the property masters in your community to introduce yourself and show how you’d be an asset to their team. If you get a meeting, bring a treat to share!