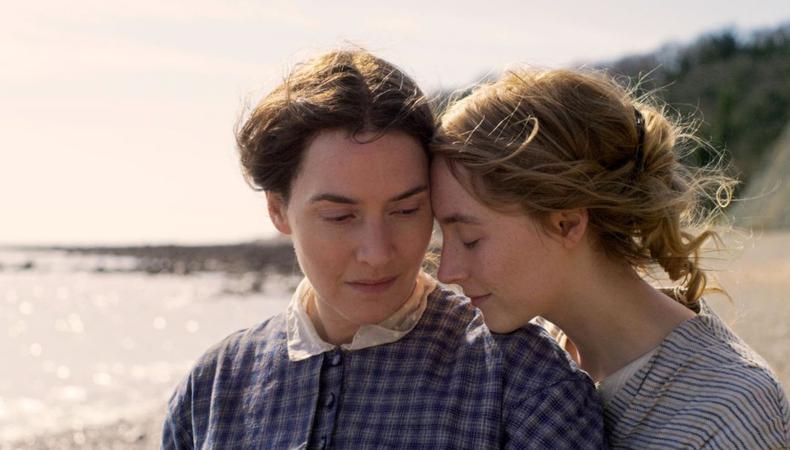 With Kate Winslet and Saoirse Ronan leading the bill, Francis Lee’s “Ammonite” features two of the most emotionally exacting and physically committed performances of the year. For Winslet in particular, nothing about her task here comes easily as she literally treks England’s unforgivingly blustery and weathered south coast beaches in period garb and overturns rocks the size of her torso. It’s just as her real-life palaeontologist Mary Anning once did through the first half of the 19th century, and while Lee didn’t know while writing this lesbian, forbidden-love romance that Winslet was the one for the job, it soon enough became evident that no one but the Oscar winner could do it proper justice.

“Everything I wanted to do about Mary Anning was to elevate her, to put a spotlight on her. That’s something that she never had within her lifetime,” Lee explains of casting his second feature. “I thought it would be super interesting if I could get an incredibly established, well-known film actor to play the role. And so of course, Winslet was on top of the list, because there’s a truth to Winslet’s performances, whatever she does, that I’ve always been drawn to.”

He also discovered early on that he and Winslet were naturally “simpatico” with one another. They immediately shared a similar work ethic, preparatory style, and analytical approach that made it a seamless collaboration between filmmaker and performer. 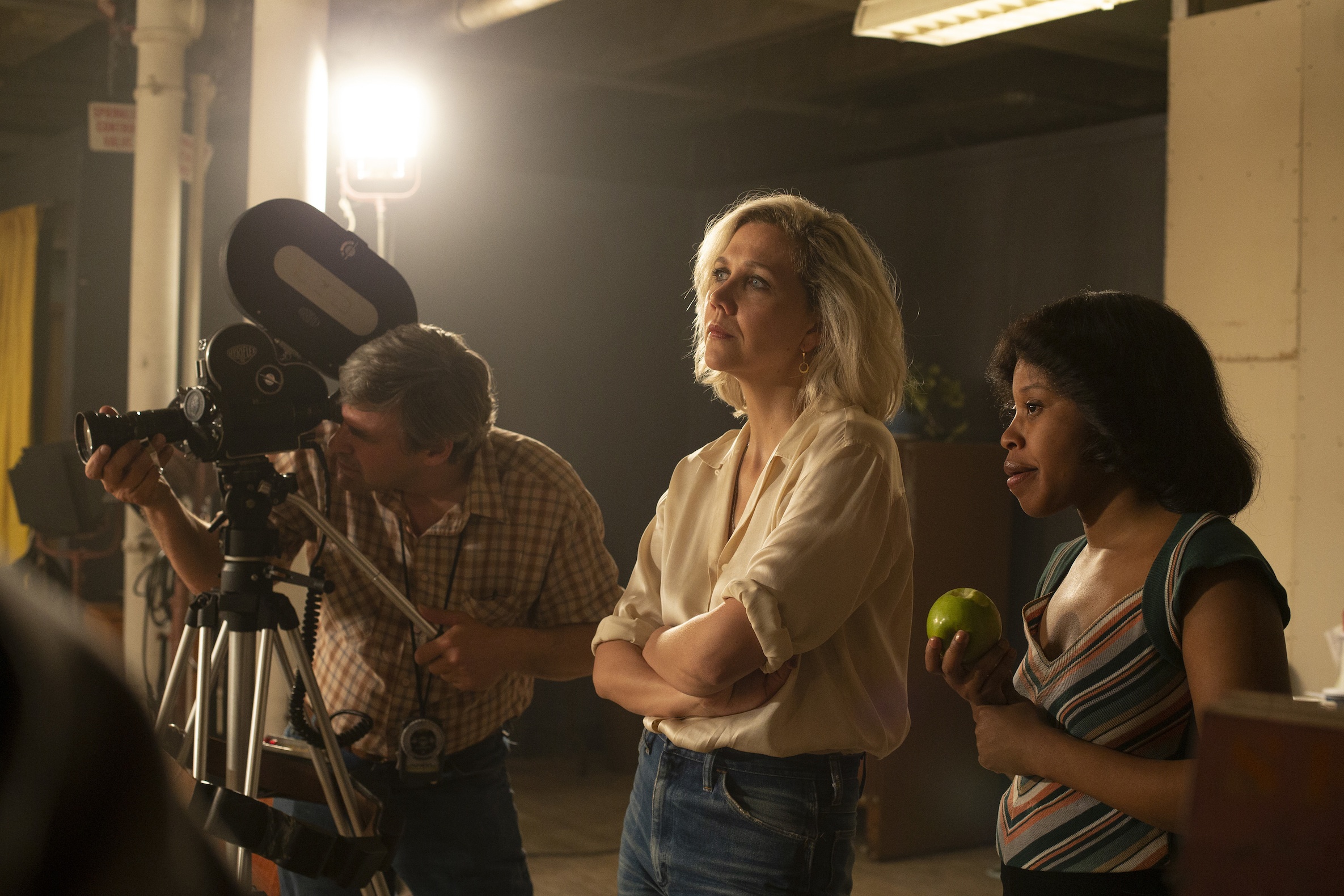 Sex on Camera + How Intimacy Coordinators Protect Actors on Set

“With Kate, we started to work maybe four or five months before the shoot, and we took the script as the Bible with all the facts in it,” Francis explains. “It’s our job to work out how the character gets to that point in the script when we first meet them. So we go back to when they’re firstborn, and we chart their lives in great detail all the way up to the moment we first meet them. And that’s everything: That’s their family relationships, their personal relationships, what their school life is like. Who are their friends? What’s their day-to-day life like? Where do they live? Right down to what color do they prefer? What do they prefer to eat? We do all of that prep work on the character before we start shooting because that gives us all the information we will need when we’re going to physically make the film.”

That shared foundation was further sturdied when Ronan was brought into the fold. His hands-on, collaborative dialogue about the minutiae of their characters carried over, too, into the film’s sex scenes, of which there are several. Between “Ammonite” and his first LGBTQ indie feature “God’s Own Country,” Lee, who self-identifies as “a working class queer man from from rural Yorkshire,” has proven adept at filming grounded and breathtakingly realistic intimate scenes between his leads, and it’s largely thanks to that trust built with his actors. In the three years since “God’s Own Country” won Lee top directing honors out of Sundance, however, there has been an emphasis on sex scenes onscreen, safety on set, and comfort level and consent between all parties. As such, professionally trained intimacy coordinators have become a new-norm hire for many sets to properly regulate, communicate, and facilitate these scenes in the aftermath of the #MeToo groundswell.

But Lee, Ronan, and Winslet (who herself is no stranger to such scenes in her years-spanning filmography) opted out of having a coordinator on set and instead relied on their own relationship and devices to get the job done. “I’m trying to think if we did have a discussion about an intimacy coordinator, to be honest, [and] I can’t remember,” Lee admits. “I just remember that very early on Kate, Saoirse and I were having discussions about [the scenes], and they felt very supportive and open and good.”

It’s a do-it-yourself approach that some actors may bristle at today (and one that has historically allowed for a blurring or crossing of the lines on film and television sets in the past), but to hear Lee talk it through, he explains that literally every look, touch, and kiss was signed off on as a creative trio. Further measures were taken on the day to ensure safety and comfort for his stars, as well.

“Through the process [of having] this extended time with Kate and Saoirse four or five months before the shoot, by the time we come to the shoot, we’ve already built up, I hope, a very good, trustful relationship,” Lee says. “We do start talking about the intimate scenes very early on, and it is a three-way conversation between me and the two actors. We talk about what is comfortable? What is OK? Where is it OK to do this? Where is it OK to touch? We talk about why the scene is there; what it is telling us about the relationship of these two characters; where these two characters are at in their lives; what they are communicating to each other within this scene. [And] I would always schedule an intimate scene at the start of the day, so people aren’t worrying about it all day. We can move on and carry on with the rest of our work. I [also] make sure that I police everything personally, in terms of the closed set, so there’s nobody on set that doesn’t need to be there—and I mean really nobody. There are no monitors on, and I only shoot the scene once, because it’s not a scene that you want to keep asking people to do, even if they are comfortable with it. 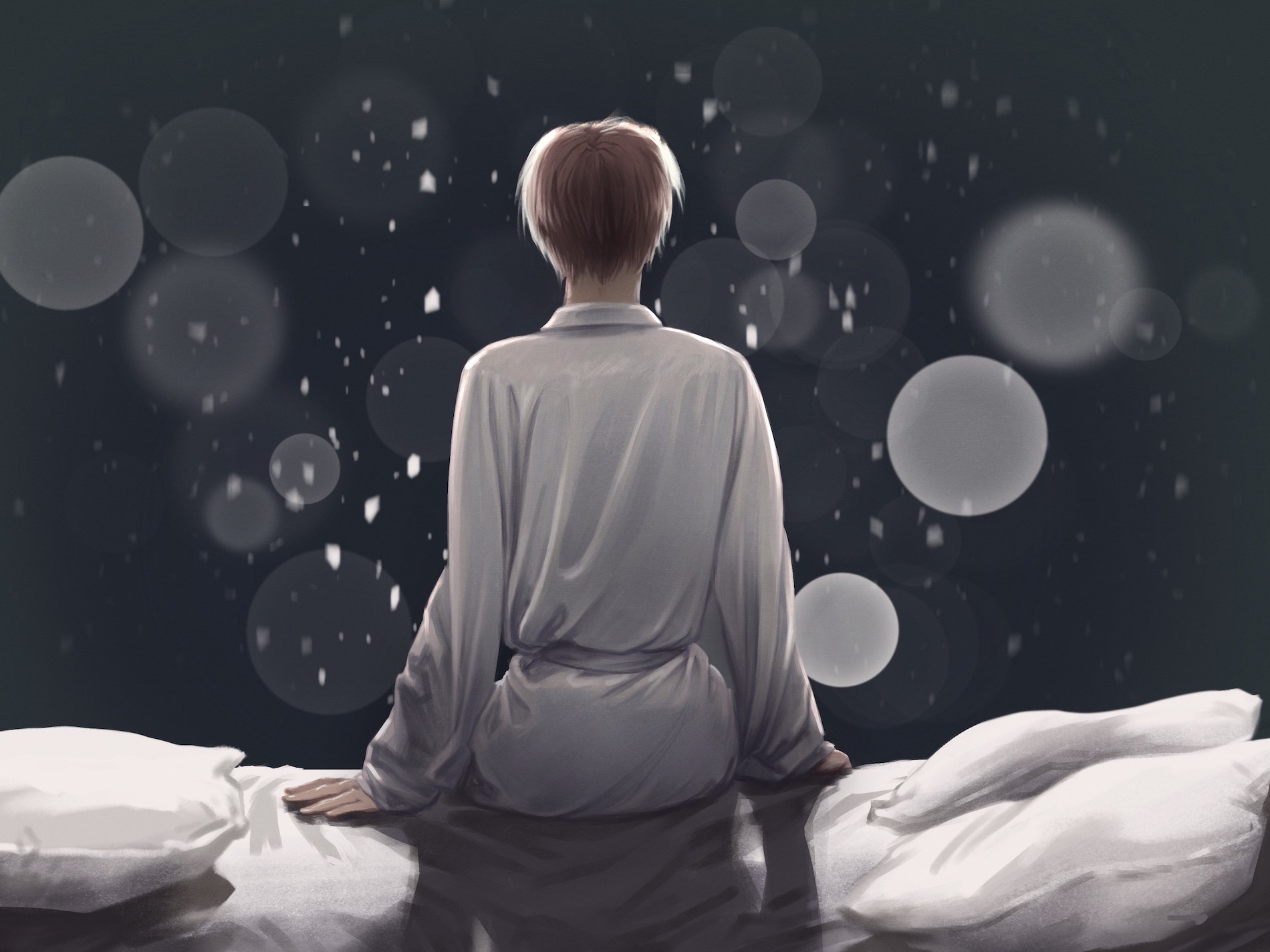 It doesn’t seem, either, that Lee explains himself at such length out of defensiveness to the topic. He does care about getting it right, about having the conversation, and about clarifying where there may be room for concern. And going forward, he says he’s open to hiring an intimacy coordinator should his project call for it and should it be the desire of the actors he’s working with: “Whatever they need to have to make that comfortable, then that would be the way in which I would go…. You’re constantly thinking about all of these things to enable, to facilitate the actor doing their very, very best work.”

Benjamin Lindsay
Benjamin Lindsay is managing editor at Backstage, where if you’re reading it in our magazine, he’s written or edited it first. He’s also producer and host of a number of our digital interview series, including our inaugural on-camera segment, Backstage Live.
END_OF_DOCUMENT_TOKEN_TO_BE_REPLACED