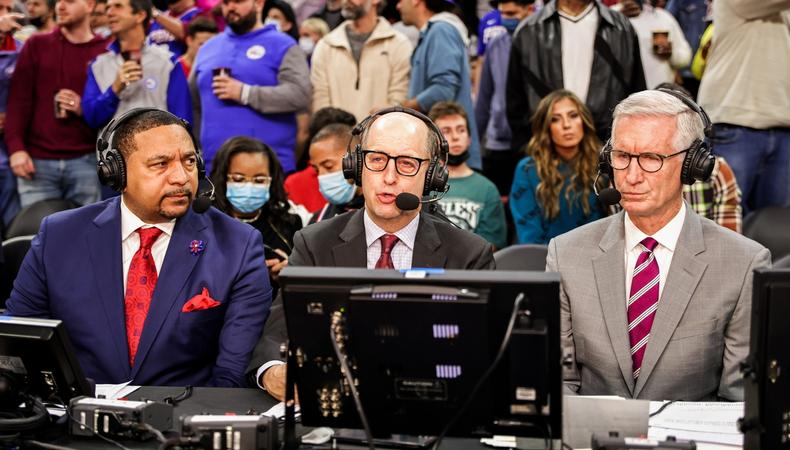 Tellalian says he’s learned that it’s the talented announcer who often acts as “the invisible glue” holding a project together: “You have to be totally disciplined, yet flexible, ready for anything to be thrown at you at the last minute, and calm under pressure. And on live TV? Pressure is the one single thing you can always count on.”

Ready to feel the heat (and thrill!) from the sound booth? Tellalian shares his pro tips to finding success behind the mic.

What skills does a live announcer need?

An announcer should have confidence. If you are handed some copy that is poorly written, grammatically incorrect, or impossible to say, don’t be afraid to speak up. You won’t always win the argument, but it’s your voice out there. Protect your own career.

This is less a necessity and more of an observation: Every announcer I’ve ever worked with has a specific personality type. They’re outgoing, chill, funny, observant, and have great demeanors. Producers are high-strung by nature. I find announcers are a calming presence. I’m in awe of all of them. They are unsung and absolutely essential.

Where do you source your live announcers? Walk us through your casting process.

As a producer, the first thing we do is decide what kind of announcer works best for the show. What kind of tone do we want to achieve? Do we want a male or female voice? Do they need to be bilingual? Are they on-camera or just heard? If they’re on-camera, should they be a celebrity? Usually all of this is at the producers’ discretion, but sometimes the network or studio has opinions, and we’re not always the final word.

Over the past two decades, I’ve gathered about a dozen or so announcers that I use on a regular basis. If one of my regulars isn’t a good fit, I’ll go to one or two agencies and ask for submissions. I give them some show copy and they come back with samples from their clients.

How is casting a live announcer different from casting a prerecorded event voice actor?

Live announcing is a real skill. Not all announcers can handle the pressure, nor should they be expected to. I’ve never held an “in-person” VO audition for a live show—it’s always recorded samples sent by agents and artists. Then, the onus is on me to figure out if they’re a good fit. I’ll hold out for someone who has experience [if it’s a big job] because it could be risky to try someone green. If the timing is right and the job is low profile though, it’s a good excuse to take a chance on an unknown. 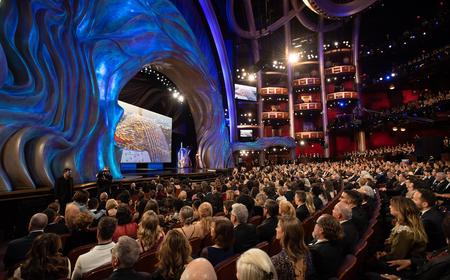 What You Need to Know About Live Announcing, According to the Voice of the Oscars

What will kill a live-announce audition?

Showing a lack of comprehension about the material—like if their tone is wildly off the subject matter—or there is a lack of enthusiasm when it’s required.

What do you recommend live announcers do if they flub a name or line of copy?

My personal recommendation is to just plug right through it and quickly move on. Calling attention to a mistake is generally counterproductive.

Remember when John Travolta mispronounced Idina Menzel’s name at the Oscars? It wasn’t that he called her “Adele Dazeem” that was an issue…it’s that he realized he made a mistake, froze, and then couldn’t get through the rest of the copy. It made it much, much worse. Of course, he’s an A-list actor with decades of public goodwill and he made the mistake on-camera during Hollywood’s most-watched event. In retrospect, he could have made a self-deprecating remark, pulled himself together and did a do-over, really selling it the second time. Announcers wouldn’t get that kind of opportunity, so get through it knowing that everyone is human and mistakes do happen.

What’s the biggest change you’ve seen in live announcing over the years?

Home studios have changed literally everything about live announcing. Now that every announcer has their own home studio, their pre- and post-record hours are more flexible. From the producing side, it makes it so much easier by removing the extreme time and cost of recording studio rentals, and generally it’s been great for everyone.

What are some of the VO directions you give your live announcers?

I’ve done a lot of award shows which have opening “star billboards” that tell the audience which celebrities are on the show. This requires an amount of excitement that some announcers can’t muster. Most of these are prerecorded because they’re usually tied to a playback video. We usually ask VO talent to give a read of each person’s name that ends in one of two ways: an “up” and a “down.”

The timing of a VO is incredibly important and I admire the announcers who can see the time on script copy and nail it on the first or second take. As a writer and producer, I make sure that all temp VOs and read times are realistic. Otherwise, you’re going to find yourself in trouble when you lay that copy into a show or play it back to the crowd. Lastly, breath control is one of the most important aspects of announcing. When prerecording, our engineer will automatically edit out the breaths in the middle of sentences. Announcers prerecording from home have the advantage of doing that before turning in their files. The only announcer I’ve ever worked with who has NEVER ONCE taken a breath in the middle of a sentence is the legendary Joe Cipriano, who has the greatest breath control in television history. The man is a miracle of nature. It defies logic.

Do you have a memorable live announce story you would like to tell?

I have so many great announcer stories—including the time when, through a series of unbelievable circumstances, I accidentally found myself backstage reading announcer copy into Stevie Wonder’s earpiece at the Billboard Awards...live! When he started to improv and go off script, I was literally sweating bullets until eventually he caught up to my prompts. That was both exciting and terrifying but gave me a whole new appreciation for live announcers.