George R.R. Martin Reveals What ‘Game of Thrones’ Characters Will Appear in the Prequel + Casting Details 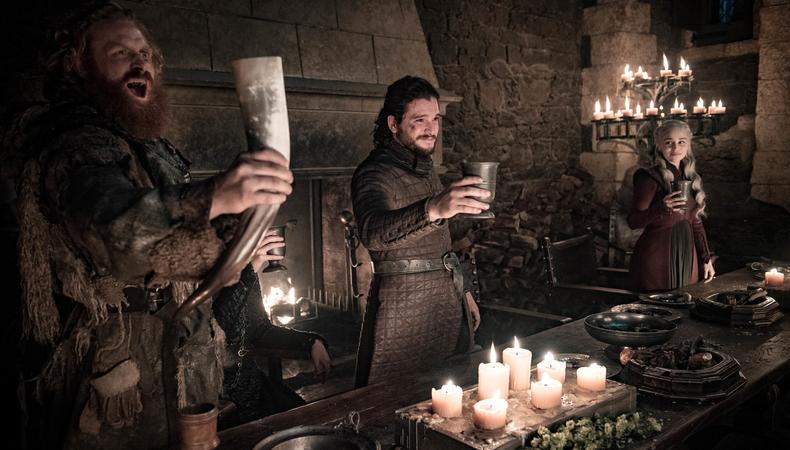 Now that we know the fate of our favorite Westerosians, news has slowly trickled out about the HBO smash hit’s untitled prequel series, currently known as “Bloodmoon.” And today, universe creator George R.R. Martin has revealed who we’ll see (and who we won’t) in the new story.

The events will be set thousands of years before the Westeros seen in “Game of Thrones” and will follow the world’s descent from the Age of Heroes “into its darkest hour,” according to HBO. And although the series will take place before the era of Jon Snow and Daenerys Targaryen, in a recent interview with Entertainment Weekly, franchise creator George R.R. Martin shared new details about the highly anticipated series, including who will make an appearance.

Martin confirmed that fan-favorite family the Starks will still play an integral role. However, the story is set before the time of Lannisters, but Martin says we’ll get a glimpse of what will become their home.

“The Lannisters aren’t there yet, but Casterly Rock is certainly there; it’s like the Rock of Gibraltar,” Martin said. “It’s actually occupied by the Casterlys—for whom it’s still named after in the time of Game of Thrones.”

According to “Thrones” lore, ancient Lannister ancestor and fabled hero Lann the Clever tricks the Casterlys, winning the Rock for the family. Rumors within the fan base claim Naomi Watts, the most famous name attached to the show thus far, could play the part, despite HBO saying she plays a “charismatic socialite hiding a dark secret.” Watts is just one on a long roster of actors already confirmed to join the series, but no specific character names or identities have been released quite yet.

Despite the absence of some of the original series’ mainstays, Martin says ancient Westeros will still be full of familiar families and creatures. The infamous White Walkers remain a threat, and other creatures, including Direwolves and mammoths, will be featured.

READ: How ‘Game of Thrones’ Changed a Generation of Actors + More News

Those who have been missing “Thrones” and were hoping to get their fix soon are out of luck. HBO has been tight-lipped on premiere news, with Programming President Casey Bloys telling The Hollywood Reporter the show would move along on a “regular TV timetable.” As “Thrones” fans know, that could mean pretty much anything.

“We’re shooting the pilot in June, you can do the math and figure out when it would be on the air,” Bloys said. “What I’m not doing is working backwards by saying, ‘This has to be on the air by this date.’ We want to do the best show possible. This is a pilot, so we’re doing it the old-fashioned way, which is shooting a pilot.”

Casting Director Lucinda Syson is attached to the project, which began casting in February. The series is currently shooting in Northern Ireland. New characters and plenty of background actors will likely be needed throughout the shoot, which also has no publicly announced end date, so keep an eye out for notices.