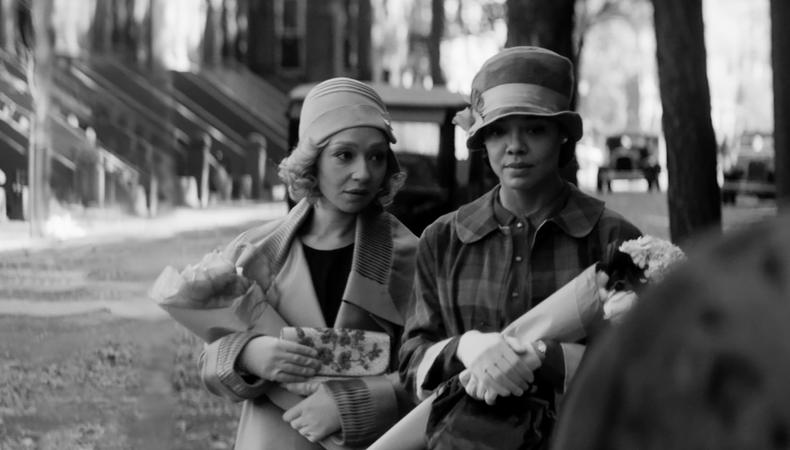 The Gotham Film & Media Institute provided a preview of the film and television awards season to come on Oct. 21, with the full announcement of their Gotham Award nominations. The New York City non-profit, formerly known as Independent Filmmaker Project, annually recognizes feature films outside the mainstream studio system made for under $35 million, plus new long- and short-form television.

In the running for the top film prize are “The Green Knight” (from A24), “The Lost Daughter” and “Passing” (Netflix), “Pig” (Neon), and “Test Pattern” (Kino Lorber). Actors-turned-filmmakers Maggie Gyllenhaal and Rebecca Hall, for “Lost Daughter” and “Passing,” respectively, were also honored in the screenplay and breakthrough director categories.

Gotham announced earlier this year that acting nomination categories would no longer be separated by gender. Among the leading and supporting film nominees are Olivia Colman and Jesse Buckley of “The Lost Daughter,” Tessa Thompson and Ruth Negga of “Passing,” Joaquin Phoenix and Gaby Hoffmann of “C’mon C’mon” (A24), Taylour Paige and Colman Domingo of “Zola” (A24), and Oscar Isaac of “The Card Counter” (Focus Features).

Ahead of the Screen Actors Guild Awards, Oscars, and more, Gotham’s film honors could predict results to come. Receiving a Performer Tribute rather than competitive prize this year is Kristen Stewart, recognizing her work in Neon’s “Spencer” as Diana, Princess of Wales. Other honorees will include Eamonn Bowles (an Industry Tribute), the cast of Netflix’s “The Harder They Fall” (the Ensemble Tribute), and “The Power of the Dog” writer-director Jane Campion (the Director’s Tribute).

The TV nominees, separated into long and short format breakthrough series, include “The Good Lord Bird” (Showtime), “Squid Game” (Netflix), “The Underground Railroad” (Amazon Prime Video), “The White Lotus” (HBO), “Reservation Dogs” (FX), and the Emmy-winning “Hacks” (HBO Max). Actors from each of those shows will compete in the outstanding TV performance category.

“We congratulate the 2021 Gotham Award nominees and look forward to celebrating together live and in person in a few weeks,” said Jeffrey Sharp, Executive Director of The Gotham, in a statement. “This year, as previously noted, we are proud to introduce gender neutral categories for our acting awards as we continue to execute upon our mission to champion inclusivity and celebrate the boldest storytellers in the world.”

Last year’s Gothams notched wins for eventual Oscar champion “Nomadland,” so keep an eye on results when they are announced Nov. 29 at Cipriani Wall Street in New York City. For a full list of nominees and more information on the Gotham Film & Media Institute, visit their official site.

Jack Smart
Jack Smart is the awards editor at Backstage, where he covers all things Emmy, SAG, Oscar, and Tony Awards. He also produces and hosts Backstage’s awards podcast “In the Envelope” and has interviewed some of the biggest stars of stage and screen.
END_OF_DOCUMENT_TOKEN_TO_BE_REPLACED