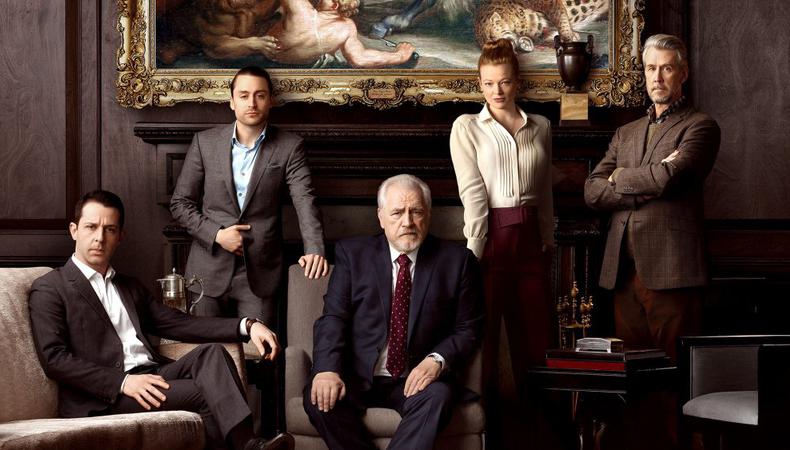 “Succession”
HBO regulars Alexander Skarsgård (“Big Little Lies,” “True Blood,” “Generation Kill”) and Adrien Brody (upcoming Los Angeles Lakers series) are the latest to face off against the Roys as the two actors join the upcoming third season of the hit series “Succession.” Brody will reportedly guest star as Josh Aaronson, a billionaire activist investor who becomes pivotal in the battle for the ownership of the Roy’s Waystar, and Skarsgård will play Lukas Matsson, a successful, confrontational tech founder and CEO. The award-winning drama stars Brian Cox, Jeremy Strong, Kieran Culkin, Sarah Snook, Hiam Abbass, Nicholas Braun, Peter Friedman, and more. The latest season is now in production in New York after it was forced into a hiatus by COVID-19 production pauses. Avy Kaufman is the series’ casting director. Learn more about what to expect in her audition room here! And be sure to keep an eye out on what have been frequent casting calls from the production for background actors here!

“Love and Death”
Speaking of HBO regulars, the “Big Little Lies” and “The Undoing” duo of David E. Kelley and Nicole Kidman are collaborating once more on the HBO Max series “Love and Death.” Elizabeth Olson has been tapped to lead the true-crime limited series, which is inspired by the book “Evidence of Love: A True Story of Passion and Death in the Suburbs” and covers the true story of housewife Candy Montgomery’s murder of Betty Gore in 1980. (Olson will play Montgomery; Gore has not yet been cast.) It’s unclear if Kidman will star but she is set to executive produce via her Blossom Films banner. Kelley will write and Lesli Linka Glatter (“Homeland”) will direct. Kelley has worked with two casting teams for his HBO projects—David Rubin for “Big Little Lies” and Jina Jay and Ellen Chenoweth for “The Undoing”—so it’s unclear who he’ll work with for this new project.

Untitled Maya Rudolph Apple TV+ Series
With “Pose” coming to an end, Mj Rodriguez is filling up her dance card with a new series. The actor is set to star alongside Maya Rudolph in Apple TV+’s untitled half-hour comedy series created by Alan Yang (“Master of None”) and Matt Hubbard (“30 Rock”). The series will follow Molly (Rudolph), a woman whose seemingly perfect life is upended after her husband leaves her with nothing… but $87 billion. According to Deadline, Rodriguez will play Sofia, the hard-working executive director of the non-profit funded by her absentee billionaire boss, Molly. Universal Television, a division of Universal Studio Group, will serve as the studio for the project. A casting director has yet to be publicly named, but Yang and Hubbard previously worked together on NBC’s “Parks and Recreation,” so CD Dorian Frankel could be a potential option to keep an eye on.

“Pass Over”
An award-winning Off-Broadway play will soon make its Broadway bow. Antoinette Chinonye Nwandu’s “Pass Over” will open at Broadway’s August Wilson Theatre for a limited engagement, as announced last week. Run dates have not yet been set, but recently, Broadway announced it had been given the go-ahead to open on September 14. According to Nwandu, the play will be updated and revised for its Broadway debut, which will be directed by Obie Award winner Danya Taymor. Its Off-Broadway run received the 2019 Lortel Award for Outstanding Play and was also filmed at Chicago’s Steppenwolf Theater by Spike Lee in 2018. A cast has yet to be announced.

“Love Life”
HBO Max’s “Love Life” is set to return with a dreamy cast. Jessica Williams (“2 Dope Queens”) and Chris “Comedian CP” Powell (“Detroiters”) will star in the second season of the series alongside the previously announced William Jackson Harper. As we previously reported, the new season will center on Harper’s character Marcus Watkins, who is coming out of a long-term relationship and is plunged back into the search for the romantic fulfillment that he thought he’d already found. Williams will play Mia Hines, “the beautiful, intelligent, and somewhat unknowable object of Marcus’s affection.” Powell will play “the charming and gregarious Yogi, who is committed to his girlfriend and two children but lives vicariously through Marcus’s exploits, offering unsolicited advice.” The series from creator Sam Boyd with “Tuca & Bertie” and “Mixed-ish” writer Rachelle Williams recently joining as co-showrunner alongside Boyd and Bridget Bedard. Rori Bergman is the casting director.