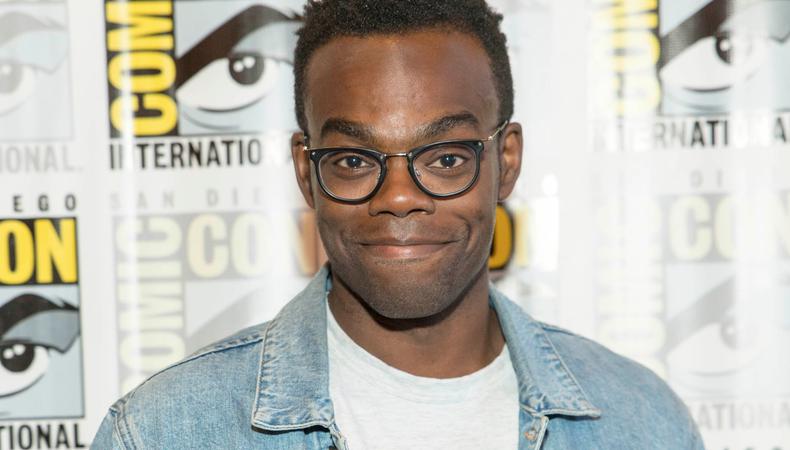 “Love Life”
“The Good Place” star William Jackson Harper has found new love at HBO Max. The actor will lead the cast of Season 2 of the streamer’s romantic comedy anthology “Love Life.” Harper succeeds Anna Kendrick, who led the first season of the show. The new season will center on his character, who is coming out of a long-term relationship and is plunged back into the search for the romantic fulfillment that he thought he’d already found. The series from creator Sam Boyd will continue to film in New York City with a production start yet to be determined. Rori Bergman is the casting director. While you wait for Season 2, listen to our episode of “In the Envelope” with Harper here!

“Oslo”
A Tony Award-winning play is getting the small-screen treatment at HBO. Just announced early Monday afternoon, Ruth Wilson and Andrew Scott will star in the upcoming HBO movie adaptation of “Oslo,” now filming in Prague. Written by J.T. Rogers, who also wrote the stage play, and directed by Bartlett Sher, the story centers on “negotiations between implacable enemies—the secret back-channel talks, unlikely friendships, and quiet heroics of a small but committed group of Israelis, Palestinians, and one Norwegian couple that led to the 1993 Oslo Peace Accords. The play won the Tony Award for Best Play and Best Featured Actor in a Play award for Michael Aronov in 2017, and the adaptation will air on HBO and stream on HBO Max next year. Marc Platt, Kristie Macosko Krieger, Steven Spielberg, and David Litvak will executive produce.

“In Treatment”
After the announcement last week that Uzo Aduba would lead a revival of HBO’s “In Treatment,” another new cast member has joined the team. “Hamilton” star Anthony Ramos will co-star with Aduba in the newly greenlit fourth season. As previously reported, the reimagined series will focus on a diverse trio of patients in session with Dr. Brooke Lawrence (Aduba) while she wrestles with her own issues. Ramos will play Eladio, one of the aforementioned patients who works as a home health aide for a wealthy family’s adult son. Additional cast will be announced at a later date. Production is set to begin soon under COVID-19 guidelines with the show slated to debut in 2021. Lowry-Johnson/Goldstein was the original casting team.

“Severance”
Christopher Walken knows a good television opportunity when he sees it. The actor has joined the cast of the upcoming Apple drama series “Severance,” adding to an all-star team that includes Adam Scott, Patricia Arquette, John Turturro, Tramell Tillman, Jen Tullock, Zach Cherry, and Britt Lower. Written and executive produced by Dan Erickson and showrun by Erickson and Mark Friedman, the workplace thriller introduces Lumen Industries, a company that’s looking to take work-life balance to a new level. Walken will star as Burt, the department head of Optics and Design at Lumen. “Severance” is slated to go into production this month. Rachel Tenner is the series casting director.

“Orphan: First Kill”
First reported by Deadline, Julia Stiles has joined the cast of the upcoming “Orphan” prequel “Orphan: First Kill.” The film has already begun shooting in Winnipeg with William Brent Bell behind the camera. The original 2009 film followed a husband and wife who recently lost their baby and adopt Esther, a nine-year-old girl who is not nearly as innocent as she claims to be. Isabelle Fuhrman, who played Esther, will return in the new project, which will be written by David Coggeshall. Ronnie Yeskel cast the first film, but even on franchises, such as “The Boy” and “Brahms: The Boy II,” Bell has worked with different casting directors on his projects.