Greenlit: Hilary Duff Will Star in the Hulu Sequel Series ‘How I Met Your Father’ + More 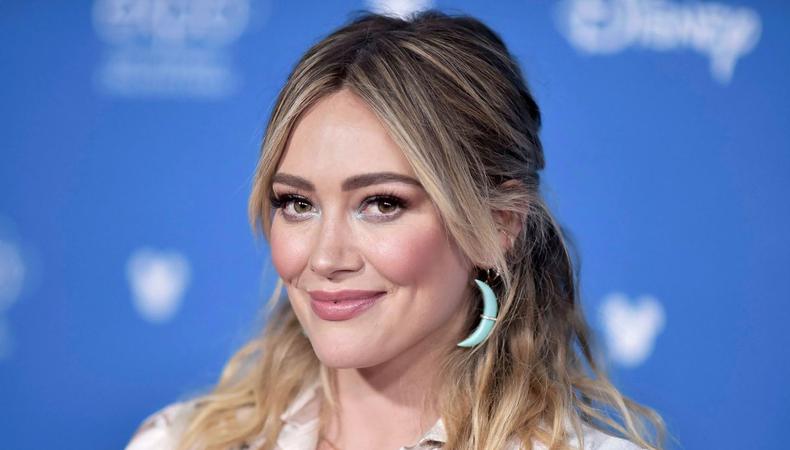 “How I Met Your Father”
Kids, Hulu is about to tell you the story of “How I Met Your Father.” The streamer has greenlit a spinoff to the long-running CBS comedy “How I Met Your Mother” after seven years of rumors and development. “Younger” star Hilary Duff will lead the project, which received a straight-to-series order last week. Back in 2014, “How I Met Your Mother” creators Craig Thomas and Carter Bays with Emily Spivey wrote a pilot for CBS that starred Greta Gerwig and Drew Tarver, but it wasn’t picked up. “This Is Us” showrunners Isaac Aptaker and Elizabeth Berger reportedly wrote a new take two and a half years later but ended up taking on the hit NBC series. Now, the duo will serve as creators, writers, and executive producers for the new series. Duff will star as Sophie, who is telling her son the story of how she met his father with the story starting in 2021. Bays and Thomas will also exec produce the series. No further casting has been announced. Karge Ross Casting was the team behind the original series, but it is unclear if they will return for the sequel. Keep an eye on both them and “This Is Us” casting team Telsey + Company.

“Lost City Of D”
First reported by Variety, Oscar Nuñez is set to join the upcoming “Lost City of D,” a romantic action-comedy starring Sandra Bullock and Channing Tatum. “The Office” actor joins the rest of a supporting cast that includes the previously announced Brad Pitt, Daniel Radcliffe, Patti Harrison, and Da’Vine Joy Randolph. It’s unclear who Nuñez will play in the Paramount film, but the story will follow “a reclusive romance novelist (Bullock) on a book tour with her cover model (Tatum) [who] gets swept up in kidnapping attempt that lands them both in a cutthroat jungle adventure.” Filmmaking brothers Adam and Aaron Nee are directing from a script with Dana Fox (“Cruella,” “What Happens in Vegas”). “Lost City of D” is expected to release in theaters on April 15, 2022.

“Fascinating Rhythm”
Longtime collaborators Martin Scorsese and Irwin Winkler are finding their muse in George Gerswhin. The duo (who has worked together on Scorcese’s biggest hits, including “Raging Bull,” “Goodfellas, “The Irishman,” and more) is teaming up with “Modern Love” showrunner John Carney for “Fascinating Rhythm,” a film inspired by the life and music of Gershwin. Scorsese and Winkler will produce, with Carney set to direct from a script co-written with Chris Cluess. The original musical drama is described as “a young woman’s magical journey through past and present New York City.” The Gershwin estate is also onboard the film. A casting director has yet to be named.

“Cat On A Hot Tin Roof”
A hit Broadway revival is coming to the big screen. Director Antoine Fuqua will helm and produce a film adaptation of Tennessee Williams’ play “Cat on a Hot Tin Roof” based on the 2008 Broadway production featuring an all-Black cast. The 2008 staging, which starred Terrence Howard, Anika Noni Rose, Phylicia Rashad, and James Earl Jones, made history with a sold-out 19-week run as the first all-Black production of the Broadway classic and was the biggest grossing play that season. Casting for the film has yet to be announced, but Broadway producers Stephen C. Byrd & Alia Jones-Harvey are also aboard the project, which will reportedly combine elements of the classic play with new storylines. A new casting director will likely be hired to fill out the cast of the project.

“Dungeons & Dragons”
First reported by Deadline, Chloe Coleman (“My Spy”) is starting a new campaign opposite Chris Pine in Paramount’s upcoming “Dungeons & Dragons” movie. As we’ve previously reported, the film will take on Hasbro’s popular roleplaying game and star Pine, Michelle Rodriguez, Justice Smith, Regé-Jean Page, Hugh Grant, and Sophia Lillis. Johnathan Goldstein and John Francis Daley will direct and write the script based on a draft by Michael Gilio. Plot details behind this latest take on the IP are being kept under wraps, and it is unknown who Coleman will be playing in the pic. A casting director still has yet to be named, but potentially keep an eye on “Game Night” CD Rich Delia.

“Florida Man”
Edgar Ramírez is set to take on the adventures of the infamous Florida Man at Netflix. The streamer has given an eight-episode series order to the new hourlong project starring the “Yes Day” actor. Created by Donald Todd, “Florida Man” follows a struggling ex-cop (Ramírez) who “is forced to return to his home state of Florida to find a Philly mobster’s runaway girlfriend… what should be a quick gig becomes a spiraling journey into buried family secrets and an increasingly futile attempt to do the right thing in a place where so much is wrong.” Todd will serve as showrunner and executive produce with Aggregate Film’s Jason Bateman and Michael Costigan as part of Aggregate’s first-look deal with Netflix, including the award-winning “Ozark.”