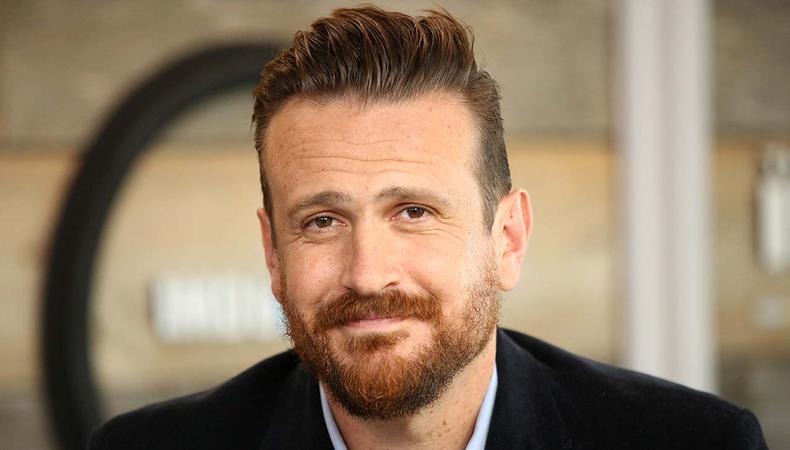 For those working in the film and performing arts industry, greenlit is a term everyone wants to hear. Not only does it indicate a project is officially a go but it can also mean plenty of new casting opportunities. All actors have to do is follow the leads! So, what’s in the works for this week? Here’s what’s breaking when it comes to new projects and who's casting them.

“Shrinking” is coming to Apple TV+

“Ted Lasso” fans, while you wait for Season 3, you can sure believe in a new series from creators Bill Lawrence and Brett Goldstein. According to Deadline, Apple TV+ has greenlit the first 10 episodes of a new comedy series “Shrinking,” which will also be written by and starring Jason Segel. The series will reportedly follow “a grieving therapist (Segel) who starts to break the rules and tell his clients exactly what he thinks. Ignoring his training and ethics, he finds himself making huge, tumultuous changes to people’s lives…including his own.” Warner Bros. Television and Lawrence’s Doozer Productions will produce. This marks the third Apple TV+ series for Lawrence and Warner Bros. after “Lasso” and the recently announced drama “Bad Monkey,” starring Vince Vaughn. It also marks a return to Apple for Segel, who also leads the upcoming Apple Original Films’ project “The Sky is Everywhere.” Casting directors for both “Bad Monkey” and “Shrinking” have yet to be announced.

From “Bad Boy” to potential local hero, Jacob Scipio is landed a super new role. The “Bad Boys for Life” breakout star is set to join Leslie Grace “Batgirl”, via Deadline. Also, J.K. Simmons is set to reprise his role as Commissioner Gordon. As we previously reported, Leslie Grace will lead the Warner Bros and DC Films project, which will bow on HBO Max. Christina Hodson is writing the script with Scipio’s “Bad Boys for Life” helmers Adil El Arbi and Bilall Fallah directing. Plot details are still being kept under wraps, but we do that Barbara Gordon, played by Grace, will be “the character behind the cape” in this version. Filming is expected to begin sometime in November. A release date has yet to be announced, but it will be released at some point in 2022.

FX’s “The Bear” is starring this “Shameless” actor

FX is showing it can stand the heat and the kitchen. Per Variety, the network has greenlit the new half-hour restaurant-based comedy series “The Bear,” which will star Jeremy Allen White (“Shameless”) as a chef who returns to Chicago to run his family’s restaurant. “The Bear” received a pilot order back at FX back in March with Christopher Storer writing, directing, and executive producing. White will star with Ebon Moss-Bachrach, Ayo Edebiri, Lionel Boyce, Abby Elliott, Liza Colón-Zayas, Edwin Lee Gibson, and Matty Matheson in recurring roles. It is expected to debut in 2022.

In a great surprise to start the week, Deadline reports that Mark Gordon Pictures has cast Beanie Feldstein, Michaela Jaé Rodriguez, Kat Dennings, Jameela Jamil, and Lolly Adefope for a new anthology series titled “Girls Can’t Shoot (& other lies).” Based on the essay collection “Feminists Don’t Wear Pink (and other lies)” curated by Scarlett Curtis, which includes essays authored by Saoirse Ronan (will executive produce), Feldstein, Dennings, Jamil and Adefope, each season will “explore and play with the expectations of women in storytelling by placing heroines at the center of traditionally male genres in a multitude of original, high concept, cinematic tales and will put the creative power squarely into the hands of female filmmakers.” Curtis will also serve as an executive producer across the entire series and will write the pilot episode. Shadi Hamta is also attached as a writer. A casting director has yet to be made public.

The biopic “McCarthy” gets an all-star cast

An all-star cast will take on politics and historical controversy in the upcoming biopic “McCarthy,” directed by Václav Marhoul (“The Painted Bird”). According to Deadline, Michael Shannon will lead the cast as U.S. Senator and man behind McCarthyism Joseph McCarthy in the feature film, with Emilia Clarke, Dane DeHaan, and Scott McNairy set to co-star. The film will reportedly follow “the man behind anti-communist doctrine McCarthyism to understand what drove a lawyer and decorated former U.S. Marine down an unprecedented path of demagoguery, show-trials, and venomous populism.” Tom O’Connor (“The Hitman’s Bodyguard” franchise) wrote the screenplay.

“Armageddon Time” is in production in New York

It’s quite literally “Armageddon Time” for Anthony Hopkins, Jeremy Strong, and Anne Hathaway, who have been tapped to lead the cast of Focus Features film, as first reported by Deadline. James Gray writes and is directing the project, which is currently in production in New York. In addition to the three stars, Banks Repeta, Jaylin Webb, and Ryan Sell have also joined the project, which is reportedly a coming-of-age film “inspired by Gray’s life in a pre-Reagan America set in Queens, New York.” Douglas Aibel is the casting director.