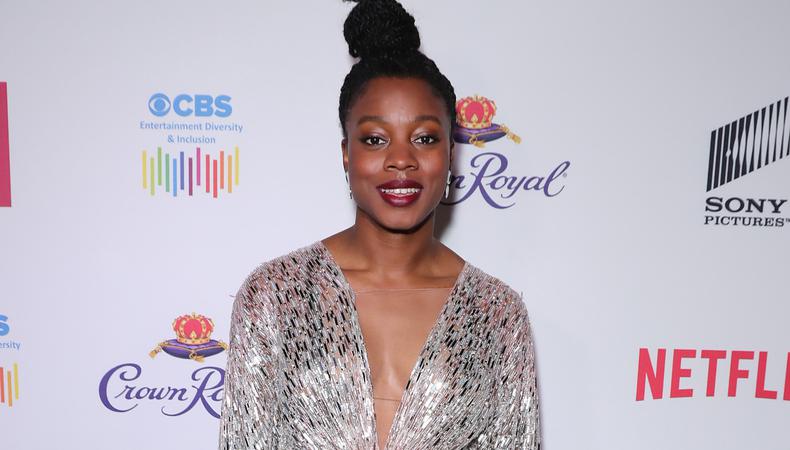 “Captain Marvel 2”
Nia DaCosta is springing into action for one of the industry’s biggest upcoming gigs! First reported by Deadline, the “Candyman” reboot director will helm the sequel to “Captain Marvel.” DaCosta, who will become the first Black woman to direct a Marvel movie, takes over for Anna Boden and Ryan Fleck, who directed the first blockbuster. Megan McDonnell, a story editor on the Marvel-based series WandaVision, has written the script for the sequel, and Brie Larson will return to star in the eponymous role. “Captain Marvel 2” is currently scheduled for theatrical release on July 8, 2022. Disney and Marvel veteran casting director Sarah Finn will once again be in charge of casting—find out what you need to know about auditioning for her here at Backstage!

“Tron: Legacy” Sequel
In more news out of Disney, the studio has reportedly found its director for an upcoming “Tron” movie. Reported on Monday morning, “Lion” director Garth Davis will helm the project, which will star Jared Leto. This would be Davis’ first tentpole feature, having previously led indie films and art house films. The project is still in the development process, and Jesse Wigutow wrote the most recent draft of the script, which will continue the story from 2010’s “Tron: Legacy.” Sarah Finn was also the casting director on that project and will likely return when this follow-up hits the ground.

“Cyrano”
An Off-Broadway musical is getting a big-screen adaptation. MGM has reportedly acquired “Cyrano,” a musical adaptation starring Peter Dinklage in the title role. Dinklage will star with Haley Bennett, who will reprise her role as Roxanne that she played alongside him at the Goodspeed Opera House before the project transferred to the Daryl Roth Theatre Off-Broadway (“Hamilton” actor Jasmine Cephas Jones played the role of Roxanne in the transfer). The cast also features Brian Tyree Henry and Ben Mendelsohn, and Joe Wright will direct. No casting team has been announced, but Wright has worked with a variety of casting directors and most frequently with Jina Jay.

“Kings of America”
“Vice” and “Talladega Nights: The Ballad of Ricky Bobby” duo Amy Adams and Adam McKay will reportedly reunite for the upcoming Netflix limited series “Kings of America.” The drama series, which was created by journalist and author Jess Kimball Leslie, will tell the stories of three powerful women whose lives were intertwined when they dared to fight against Walmart in the biggest class-action lawsuit in U.S. history. Adams will play one of the leads and will exec produce via her production company Bond Group Entertainment. Diana Son (“13 Reasons Why”) will serve as showrunner and exec producer. No further casting has been announced.

“A League of Their Own” Series
No more crying: Amazon’s “A League of Their Own Series” has officially received a series order! The project, created by Abbi Jacobson and Will Graham, will star Jacobson, D’Arcy Carden, Chanté Adams, Gbemisola Ikumelo, Kelly McCormack, Roberta Colindrez, and Priscilla Delgado, with recurring guest stars Molly Ephraim, Kate Berlant, and Melanie Field. The series will reportedly follow new characters who dream to play professional baseball and will, according to the streamer, take a deeper look at race and sexuality, “following the journey of a whole new ensemble of characters as they carve their own paths towards the field, both in the league and outside of it.” Felicia Fasano is the series casting director.

“The Big Goodbye”
Ben Affleck is heading back behind the camera for Paramount. The multihyphenate has signed on to direct “The Big Goodbye,” an adaptation of the Sam Wasson book that tells the behind-the-scenes story of “Chinatown.” Affleck will also write the script to the project, which he will produce alongside Lorne Michaels. This will be his first directing job since 2016’s “Live by Night.” On his previous features, including “Argo,” Affleck has worked with CD Lora Kennedy. Learn how she cast the award-winning feature here at Backstage!

“Close To Me”
The U.K.’s Channel 4 has landed Nordic Entertainment Group’s first English-language drama, the psychological drama “Close to Me.” Connie Nielsen (“Wonder Woman 1984”) and Christopher Eccleston (“Doctor Who”) are set to star in the six-part series, which will be adapted from the Amanda Reynolds novel of the same name. It tells the story of Jo Harding (Nielsen) who has a seemingly idyllic life until a fall erases an entire year from her memory, and, as she puts the pieces back together, she realizes her life was far from perfect. “Close to Me” will go into production in the U.K. later this month.