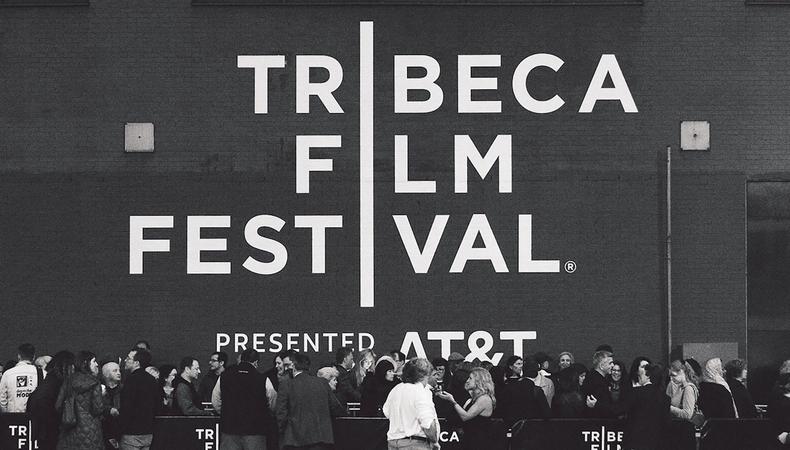 Backstage has partnered with the Tribeca Film Festival to showcase the work and advice of those working in film today. For the festival’s 20th anniversary, Backstage is highlighting 20 filmmakers chosen for the 2021 festival to share their process and experience casting on Backstage and making their films.

Having an idea for your dream film project is great, but getting it made is a different story. From hiring staff to managing a budget to finding locations and bringing it all together, it’s a huge undertaking, even for a short film. Backstage asked filmmakers who had projects chosen for the 2021 Tribeca Film Festival how they brought their ideas to the screen and what considerations filmmakers need to bring to their projects to the screen—and possibly beyond.

As you might imagine, shooting on film, in the desert on the international border on Indigenous lands during the hottest part of the year and during monsoon season with kids, a dog, and all non-actors, was not the easiest task. My producers, DP, and 1st and 2nd ACs, were brought in from L.A. or Canada. All the other crew members on set were local to Phoenix or Tucson or were Tohono O’odham. It was important to me that we had Tohono O’odham on our crew and in the cast and that we were all making the film together. We were only able to shoot on 16mm film in anamorphic due to the incredibly gracious help from Kodak, Vantage, Fotokem LA, Film Independent, and Standard Camera. We were almost forced to switch to digital due to budget constraints, which got me pretty down. I got a call from one of my producers that I should stick with the vision. I went back to fundraising and we were incredibly lucky to make it happen. —Jefferson Stein, “Burros”

“Pulling off a shoot on an indie budget definitely takes some fancy footwork. Tons of planning, scouting, prep, scheduling....If any of those...are blind spots for you as a producer or filmmaker then hire a great line producer who can keep you organized during prep while shooting, or after, in post.”

When you have a limited budget, it's important to write your script to be realistic to what you have a budget to film. I limited our locations to homes and outdoor locations like parks and streets. I also wrote for a smaller cast of main characters. Writing with this constraint helped me stay creative with how I wrote scenes and moments to tell the story. In terms of crew, every department counts. We kept our crew small and many friends donated their time and talents to help us make sure we had enough crew. —Ria Tobaccowala, “Shadows”

Pulling off a shoot on an indie budget definitely takes some fancy footwork. Tons of planning, scouting, prep, scheduling—not always the most creative tasks but no less essential. If any of those things happen to be blind spots for you as a producer or filmmaker then hire a great line producer who can keep you organized during prep while shooting, or after, in post. We had an extraordinary team of producers supporting our logistical needs while shooting so we could really just focus on the creative side. It may sound overly simplistic but it’s hugely important to have the right DP for your project and someone that you trust for sound. If the picture sucks and no one can hear what anybody’s saying, then nothing else matters really.

We hired our crew mostly through recommendations. If your script is good, and your ask is concise and professional and compelling, you’d be surprised how many people will be willing to pitch in. The idea of making a movie can have a certain magnetic pull to it, just like when the lights go down in the theater. —Jennifer Morris, “If I’m Alive Next Week”

Behind the Tribeca Film Festival—Everything You Need To Know

As a producer, it’s my job to ensure that the director’s vision comes to fruition no matter the budget. I prioritize things that give the film a high production value like cinematography, camera equipment, and production design, while trying to save in other areas. A lot of money is saved by wearing a lot of hats. I often serve as producer, accountant, PA, and line producer all at once. The more you can multitask, the more you are able to put towards those essential parts of production that make the film look, feel, and sound amazing. I also served as the film’s composer, a role to which I brought producorial acumen as well. I would love to have access to the biggest orchestra, but budgets don’t allow for that. I took a hybrid approach to scoring the film that not only enhanced the story but worked within the confines of an indie short. —Elizabeth Phillipson-Weiner, “Gets Good Light”

“A lot of money is saved by wearing a lot of hats. I often serve as producer, accountant, PA, and line producer all at once. The more you can multitask, the more you are able to put towards those essential parts of production that make the film look, feel, and sound amazing.”

The short answer is there are different sized visions for different sized budgets. There are definitely certain departments that suffer first for lack of budget or time, however, I believe from a director’s standpoint the essential thing we’re striving for is a perfect organic pairing of camera movement and emotion from performance. When those coincide, your restrictions, lack of budgets, lack of fancy toys, all become irrelevant.

The process for selecting one’s main essential on-set collaborators—Director of photography, assistant director, sound mixer, production designer, producer, as well as cast, costume, and hair and makeup—is first allowing them to read the script and then meeting and getting a sense of them as people and as artists and what ideas they’d like to contribute. It’s important for me that everyone’s contributions and talent are honored so we have to make sure before we begin that we’re telling the same story. —Justin Fair, “Sloan Hearts Neckface”

We love to say it starts with the 5 P’s. Pre Planning Prevents Poor Performance. In order to execute, you need to figure out what your budget is and if it is even possible to shoot it at a high level. It’s all about strategy and smart budgeting. It becomes a labor of love. Relationships and friendships that have also been developed prior to producing your film are also key as sometimes you may need to ask favors from people to come out for a lower rate. As long as you know how to pitch your project, people can also become excited about it and want to be a part of it. You want the people on your team to love the project and want the best for it as much as you do! You must work at the project tirelessly so when it comes time to be on set, everything can be as efficient as possible and your crew will always be happier if things are planned and coordinated properly. Every job on a film set is equally as important. When it comes to indie filmmaking, there are no luxuries. The process is a grind and asking favors from friends in the industry is sometimes needed. Our crew consists of people who we have either worked with before or are based off strong recommendations from friends in the business. Another thing we love to do is talk to department heads and see who they would like to work with so the synergy and workflow comes even more naturally. Having members who have worked together before is always a huge plus. —Scott Aharoni, “Leylak”