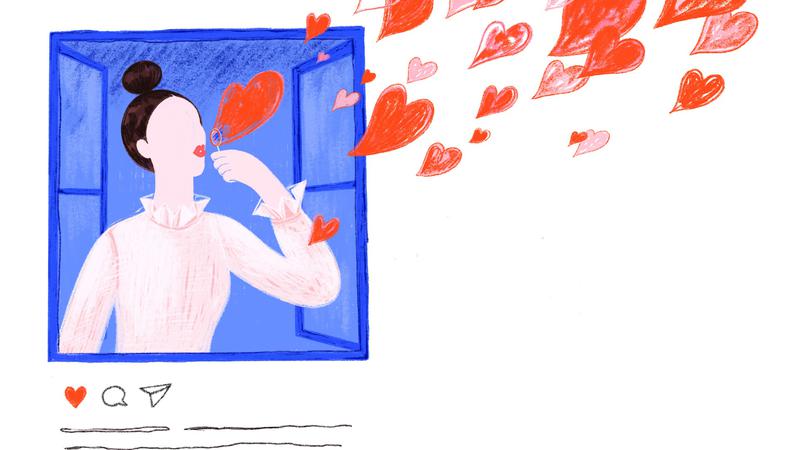 So much of an influencer’s success is about data, and brands rely on those numbers to figure out who their best partners might be. That’s where HYPR comes in. It’s a brand marketing company that, instead of running casting sessions for the perfect brand-influencer fit, has designed software to help bring the two together. But that doesn’t mean there’s no personal element involved. HYPR founder Gil Eyal spoke with Backstage about how influencers can best position themselves to be discovered and chosen by brands, why a larger follower count isn’t necessarily better, and what will make him work with an influencer more than once.

An agent explains how to become a successful influencer.

How has advertising changed since you started HYPR?
At first, brands couldn’t believe that people would be marketing channels. But traditional marketing channels are getting really crowded. If I asked you what the last advertisement you saw online was, odds are you wouldn’t remember. Advertising is becoming less and less effective. People see between 5,000 and 50,000 ads per day. They just can’t consume that, but what they do retain is what other people are saying to them. It’s human nature to view others as a source of confirmation or decision-making, especially if we view them as an expert or someone who has an understanding in the subject. Brands are quickly turning to this, even if early on it was very hard to convince them.

Is there a type of campaign that most brands are asking influencers to do? I’d say 80% of the time, it’s about posting on their feed. Other times, they’re either attending an event or participating in a campaign that’s more mainstream.

What do you find brands are looking for in influencers today?
Generally speaking, there’s a big shift to micro. So, if you don’t have a million followers, it’s not a big deal. What really matters is that you have really, really good content on there that helps them envision what it would look like if you were on their commercial or if you were a spokesperson for the company. Make sure your content is of high quality. Don’t mix it in with junk and content that you can’t really stand behind. Definitely stay away from controversial topics. Follower count is something that’s become less and less important, as the platforms have made it harder for big influencers to reach all of their audience. There’s an understanding of the value of activating a lot of smaller influencers instead of one big one.

How becoming an influencer can advance an acting career.

What are some characteristics that make an influencer stand out to a brand?
It’s not always something that you can identify. Sometimes they go with their gut, sometimes it’s literally data-driven. Generally speaking, in almost every campaign you see, they pick a few of the regulars and then they say, “This person has such a unique look,” or, “I fell in love with this post,” and those things will be deciding factors.

What advice do you have for people hoping to become the kind of influencer who collaborates on these campaigns?
Ensure you have a very clear bio and just stay away from very controversial topics. If you post racist content, the system will pick it up. One of the things we look at is audience quality, so don’t buy fake followers and don’t buy fake engagement—the system will recognize it. It’s about creating content that engages an audience and helps our system understand that you’re influential in that space.

What is some proven bad practice from influencers that you’d advise against?
Just generally not being nice. Every influencer should have a book of what they know about their audience and a sample post that they’ve made and brands that they’ve worked with, like a mini-book. Sending something that looks very unprofessional or responding very slowly or not responding and then responding—these types of behaviors, people don’t really have patience for, because the influencers are pretty interchangeable and they need to remember that not everybody is Kim Kardashian and can pull any kind of behavior that they want. It’s not just [about] whether you’re nice or [about] your appearance, it’s really how you how you handle yourself. Do you appear to be professional? Do you respond on time? Do you treat people in a professional way? It doesn’t mean you have to be nice to people who aren’t nice, but how much of your time has been spent being professional as opposed to goofing off online? The documentation that you have to share that you’ve created about yourself really gives the brand an idea of how professional you are.

For what types of campaigns or advertising has your platform been used to find talent?
At any given moment, we have about 400 live posts going on by our clients. The most prominent areas are beauty and fashion, travel, gaming, parenting, food and beverages, and toys.

What don’t you think aspiring influencers know or realize about what you do at HYPR?
I think people undervalue differentiation. One of the biggest challenges for many of the microinfluencers that I see is that they are easily replaceable by a thousand other people; they don’t really stand out. Doing a lot of what other people are doing may work to an extent, but at the end of the day, what it means is that a brand is going to look at you and a lot of other people and end up choosing somebody who may not be you. If you really stand out because you have a unique look or you have a specific voice and you have things that you stand up for that you really believe in, but in a way that’s positive and empowering, those are things that brands really like, as opposed to being just another person who’s trying on lipstick and saying, I recommend this one or that one. And remember: You’re in a space that’s very crowded. Everybody wants to be an influencer, and the result is that there is a lot of competition. If you want to be successful, you really have to think about how you make yourself stand out in this crowd. It could be by having an enormous audience, but in most cases it’s due to having very unique content, a very unique message, or sometimes a unique appearance.

Elyse Roth
Elyse is a senior editor at Backstage, where she oversees all casting news and features content, including her weekly casting director Q&A series, In the Room. She came to New York from Ohio by way of Northwestern University, where she studied journalism, and now lives in Brooklyn. She might see and write about awards-worthy films, but Elyse still thinks “Legally Blonde” is a perfect movie and on any given night is probably taking in some kind of entertainment, whether it’s comedy, theater, ballet, or figuring out what show to binge next.
END_OF_DOCUMENT_TOKEN_TO_BE_REPLACED