How to Make Hollywood ‘Wake Up and Smell the Awesome’ 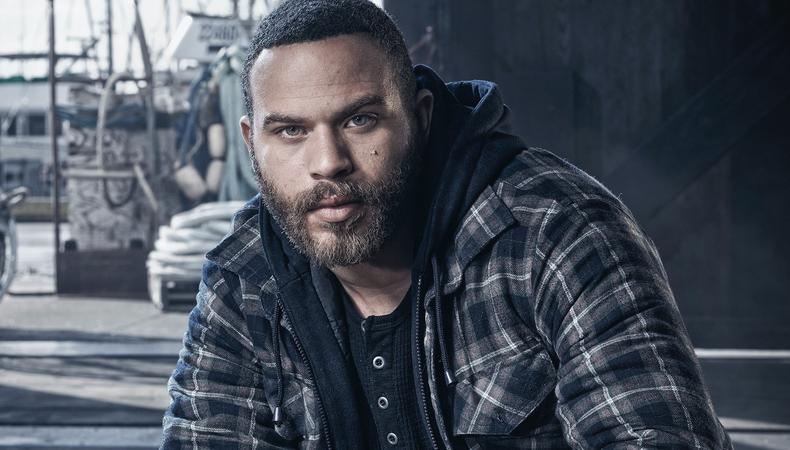 The following Career Dispatches essay was written by Ian Verdun, who can currently be seeing co-starring on Freeform’s “Siren.”

The year was 2014, and I was like most other actors I knew: shackled with debt from years of necessary training that hadn’t necessarily managed to get me any meaningful work, reeling from a seemingly endless cycle of infuriating service jobs, fielding contempt from what felt like literally every damn person in Los Angeles, and watching enviously as an infinite parade of hot, young “30 under 30s” seemed to trip, fall, and Instagram their way into Hollywood success. At that time it had been seven years since I graduated from acting school, where I was full to the brim with youthful naïveté and an arrogant sense of destiny; after all I accomplished so much already, hadn’t I?

I had started out with almost every statistical disadvantage a black kid could have in America: a single parent home, extreme poverty, a drug-addict father, frequently on the edge of homelessness (at times actually homeless). And yet I’d managed to become a college graduate. Somehow, I overcame every obstacle in my life to get to that point, and though my adolescent struggles insulated me pretty well from the initial shocks of adulthood poverty, after almost a decade of what felt like the worst string of luck known to man, it’s not an exaggeration to say that I was more than a little demoralized.

I always had the feeling that I wouldn’t really hit my groove until I was a little older—a little more seasoned, matured, more in line with my inner energy. But if I’m honest with myself, there was a part of me that had really hoped I’d be wrong. Then as the years seemed to start racing by at break-neck speeds and my 20s began to slip through my fingers like a fistful of sand, I began to wish for that scenario outright. Because by now a new fear had taken root: What if I was wrong all along? Would I make it at all? Could I? Was I good enough? I’d already put 12 years of my life into this. I mean, it’s all I’d wanted to do since I was a kid! Had all that time been wasted? Was talent and hard work really not enough?

All of those self-destructive, self-doubting thoughts amplified to a deafening degree as life would frequently find new ways to knock me down. Until 2014, that is. After a shit-storm of a year packed full with cheery events like a sudden surgery, rehabilitation, a major fall out with a friend, depression, and chronic joblessness, I decided enough was finally enough. Enough self-pity. Enough waiting for people to give me permission to do what I’d spent half my life training for. Enough not being black enough, young enough, thin enough, popular enough. Enough not being enough. If none of Hollywood was going to wake up and smell the awesome, then fuck ’em. I got this. I pulled myself out of bed, dragged my ass over to the computer…and wrote.

Now, I had written several plays while in college, all of which I was very proud of, but I’d never written anything that I had ever considered acting in. I was perfectly happy being the writer-director-producer. It felt like enough hats to wear at once. But this time as the pages poured out of me, along with all of my frustration, fear, and shattered pride, I knew this one was for me. And as friends and colleagues began to coalesce around my little passion project, offering their immense talents to make “Life’s a Drag” a reality, I began to realize that I was fulfilled. I didn’t care that my finances were still in a pit or that the rent was still past due; I was doing what I was supposed to do. And suddenly the pressures of Hollywood began to feel less and less important, less tangible, less real. The work was real, my artistic colleagues and collaborators were real. The vision was real. Making my own content gave me mental freedom, a place to put all of my artistic needs, a place that was far, far healthier than the audition room.

Then, of course, as I began to center my focus on my own work, that was the moment when “Siren” came calling. The exact moment I gave myself permission to release all the expectation and all the pressure, that’s when my first series regular job seemed to come out of left field. I don’t mean to imply that all my troubles were magically nullified after my mentality changed. Trust me, 2015 and 2016 had plenty of punches to go around. But if there’s any moral to this story, it’s this: Life is crazy, there’s a lot you can’t control; but you can control where you put your energy and what you choose to do with your gift. Ask yourself: Are you gonna wait until someone finally tells you you’re good enough? Or are you gonna be great and let the rest of the world catch up to you? I think the choice is pretty clear.