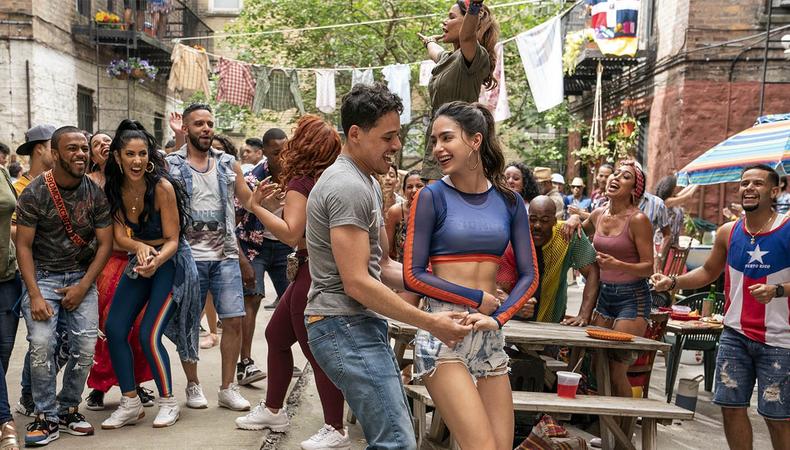 Before there was “Hamilton,” there was “Heights.” Years prior to Lin-Manuel Miranda’s name becoming a household one thanks to his rap musical about the Founding Fathers, the polymath made his Broadway debut in 2008 as both writer and actor in the bio-musical “In the Heights.” Though less of a cultural phenomenon, it picked up the Tony Award for best musical that season and launched Miranda to the fore of mainstream theater.

So, of course, it’s been made into a movie-musical. And now more than a decade after it premiered onstage in New York, we have a first trailer.

Starring as Usnavi—the role Miranda originated on Broadway—is Anthony Ramos, who was in the original Broadway cast of “Hamilton” (if you missed him there, you almost certainly saw him opposite Lady Gaga in last year’s “A Star Is Born”). Joining Ramos in the ensemble are Corey Hawkins, Dascha Polanco, Daphne Rubin-Vega, and, obviously, Miranda himself in a small role.

Warner Bros. will release the film June 26, 2020, so paciencia y fe until then—but you don’t have to wait to get your first toe-tapping taste of the tuner. Watch the first trailer below.

Casey Mink
Casey Mink is the senior staff writer at Backstage. When she's not writing about television, film, or theater, she is definitely somewhere watching it.
END_OF_DOCUMENT_TOKEN_TO_BE_REPLACED