Everything Ingrid Michaelson Knows About Writing a Great Song 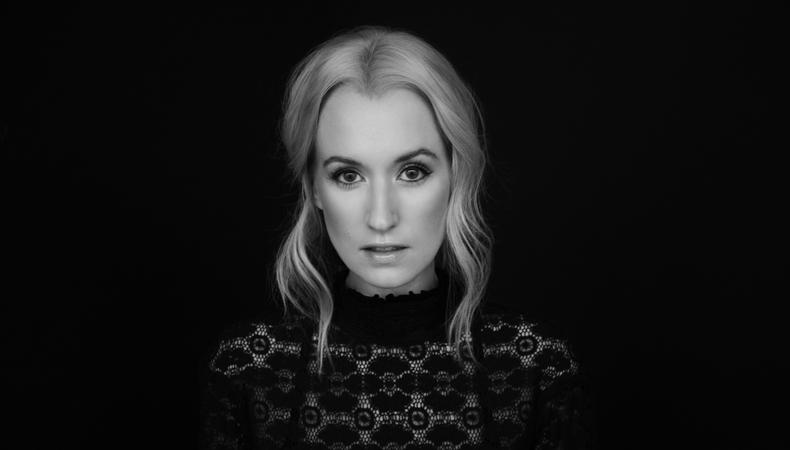 As the credits rolled on the final episode of Hulu’s “Little Fires Everywhere,” a familiar voice emanated: Ingrid Michaelson’s. Best known for studio albums including songs “You And I” and “The Way I Am” (not to mention her Broadway run in “Natasha, Pierre & the Great Comet of 1812”), Michaelson penned and performed an original song for the limited series, “Build it Up”—and she may just nab her first Emmy nomination for it. Here’s how she keeps her voice in shape before and after shows, along with everything she knows about writing a great song. 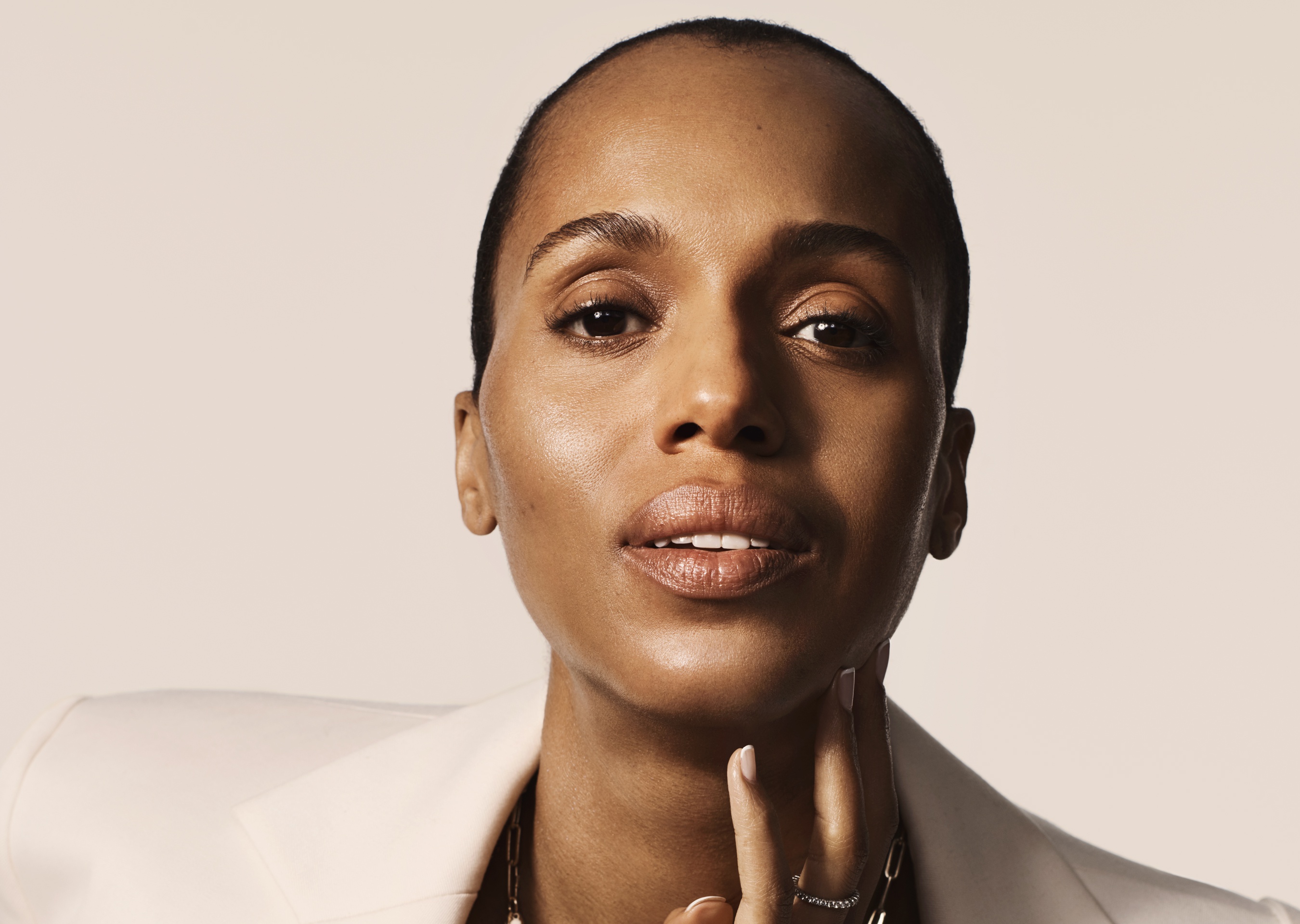 How was it you came to write this song for “Little Fires Everywhere”?
Liz Tigelaar—she’s the writer, showrunner—she and I worked on a project, like a sitcom of my life, basically. And we shopped it around to a few different networks and it was in good hands for, like, a year and nothing ever came of it. But we got to know each other really well. She had been a fan of mine for years and I of hers. I didn’t even know, but she had written a bunch on “Nashville” and other shows that I love. She reached out to me and said, “I’m working on this show. We’re doing all covers of songs from the ’90s because that’s when the show takes place, but we want an original song for the last moment of the show. Would you consider working on one?” They sent me a link to watch the show and my boyfriend and I watched it in two days. It’s such an incredible show. And the ending is so moving and beautiful. Initially the ask was to write a song to be laid over the last scene. And I actually ended up going to the studio and tracking the vocals around dialogue. But it ended up conflicting with [the dialogue].

When Liz sent me the link to the episode, it hadn’t aired yet and she didn’t tell me how the song was used. I was expecting it to be playing over the scene [as discussed]. So I hear my piano part being played and the whole scene happens [without vocals] and I’m like, What? I’m so confused, and I was disappointed. But then the end titles start and it was just like, Wow, this is 100% where the song goes.

How did you decide what the song would sound like?
The idea of the song came right out of the brief they gave me about the concept of this show: motherhood, and what makes the mother, and the idea that Mia [played by Kerry Washington] says in one of the earlier episodes, the slash and burn technique of farming, where you have to burn down the crops to let the soil get fertile, to regrow. There’s that push and pull between these two women [Washington and Reese Witherspoon], along with race and class and what many white people right now are coming to grips with, which is living in a society that obviously caters to white people. The show highlights that in many ways and doesn’t necessarily vilify Reese Witherspoon’s character, but it’s glaringly obvious when you’re watching it unfolding in front of you. I wanted the song to reflect that concept of just fighting for your life, and maybe that means destroying everything to be able to grow stronger; it’ll get burned down so you can build it back up again. You don’t want to have a song about burning things up in a show where there’s lots of fire. I wanted it to feel like an extension of these women.

Are there major differences in writing music as a recording artist compared to writing songs that serve a story?
Yes. In the past, when I’ve written my own things for me, from my point of view, it’s more of an unplanned, innate, what comes out of you [process], which isn’t always easy. As I’m getting older, it’s getting harder and harder because I’ve already said so many of the same things.  Then the problem is, how do you say something differently? My last record, which was called “Stranger Songs,” was inspired heavily by “Stranger Things.” Every song was about something in the show and it gave me a jumping off point. It helped to kind of pull out things in me that might not come out naturally on their own. For writing about a story about this woman and this daughter [in “Little Fires”]—I have a birdseye sort of view of the concept of a younger woman wanting to pull away from her mom. But knowing from where I am now, don’t pull so far, keep her somewhere within you. It becomes this sort of fruit salad of all these different components.

And how different are those two things from writing songs for a musical?
I’m working on a musical now based on “The Notebook” and still, the songs have to further the story so they’re a little more specific. But I’m really enjoying taking an outside story or concept and pushing it through my lens. It’s almost easier for me. I think when I was younger and I was just like vomiting music, I was always heartbroken for absolutely no reason mind you, but it was so easy to just kind of expel these songs. And then the older you get, you’re like, I already said that and I don’t want to say that again. How many times can I say I’m sad about this person who hurt my feelings? It’s been a real joy to have these almost homework assignments: “I want you to write a song about this and here’s the list of things I want to be in the song.”

How do you keep your voice healthy when you’re touring or performing in a musical?
I don’t drink alcohol, really. Occasionally I’ll have some wine maybe, but I find when I do drink it’s very drying on my vocal chords. I definitely don’t drink on tour. I try to eat before a show and then not after the show, so that you have time to digest and food doesn’t kick up your esophagus. I steam a lot. Sometimes in an emergency, and I wouldn’t say you should do this, but I would take Advil, but that’s in case of emergency. It’s just a little trick that I learned, but it’s not something that you should do constantly because it’s not good for the lining of your stomach, but if you need to it works in a pinch. And just getting good sleep. And one of my bandmates and best friends is also a vocal coach. And so she will kind of help me wake up my voice if I need  it. She’s a proponent of sort of “speech level singing” and connecting, speaking to singing.

Do you have any specific ways you warm up your voice before a show?
I weirdly don’t really ever warm up. If it’s really early in the morning, like a “Today Show” thing and it’s 5:00 a.m., I’ll have [my voice coach] run me through a warmup. But generally, by the time I hit the stage, I’ve been talking enough. But in the morning when I wake up, it’s bad. My voice is so deep and I have no range, really crunchy. But by the time I get to the stage, I might do a few scales and little things like that, little lip trills. But the way it works for me, it’s usually the first song and I plan the set thusly. So I’ll do the first one, which won’t be crazy on my voice, but it kind of kicks out the cobwebs and then the second one can be a little more intense. And then by the third song, I’m golden, and then I’m good for five or six songs—and then the decline starts to happen. And by, like, the 14th song, it’s been grated on it, like a cheese grater, and I get off stage. My boyfriend always makes fun of how I sound after a show, but then it just kinda comes back. I do a lot of steaming. And when I do my soundcheck, I don’t push. I give them a couple of loud bits so they can get the room ready for that, but I do not push my voice until I’m onstage. And then I just kind of go for it.

What is your advice for up and coming singer-songwriters?
I’ve been asked this question a lot and I never really know how to answer it because we live in a different world now. I don’t want to be depressing because I feel like I would say, don’t do it. No, I think for me, what was really great was a community. I had a really great community of musicians and I still do. And many of them have been and still are in my band, or have opened for me many times, and I’ve written with them. Right now as we speak two of my bandmates are working on a demo track for me to submit for a project I’m trying to get. I have people in my life that I’ve had in my life for 15 years and we have each other’s backs and we work on each other’s records and we write with each other and we teach each other. So go to open mics, find people online whose music you like. Make an active community, whether it be locally or online, and have that support system, because it is a really unforgiving, very rough business. But if you love it and you have to do it, then you have to do it.

Casey Mink
Casey Mink is the senior staff writer at Backstage. When she's not writing about television, film, or theater, she is definitely somewhere watching it.
END_OF_DOCUMENT_TOKEN_TO_BE_REPLACED