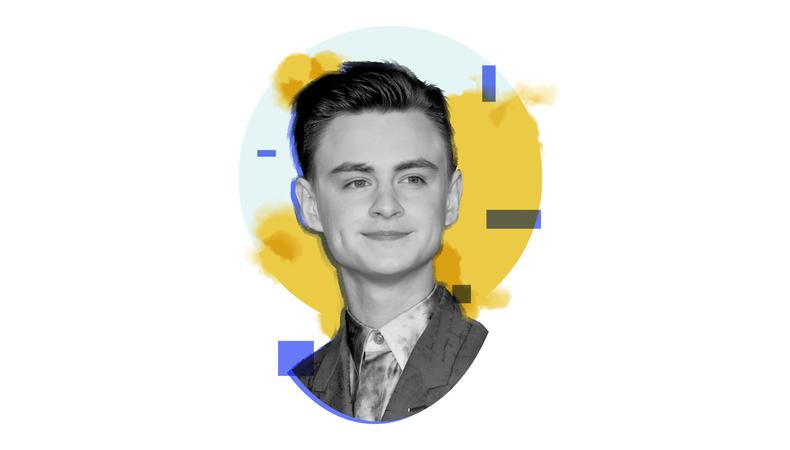 Few actors can say their big break was starring alongside Bill Murray. Jaeden Martell, who played Oliver in the beloved “St. Vincent”—at 11 years old, no less—is one of the few who can. Now 17, the last several years has seen Martell’s star power continue to ascend, with major roles in “Midnight Special,” 2017’s “It” (and its 2019 follow-up), and “The Book of Henry,” as well as last year’s Golden Globe–nominated “Knives Out.” Reteaming with “Knives Out” co-star Chris Evans, Martell next stars on the new Apple TV+ limited series “Defending Jacob” as the titular Jacob, the 14-year-old onscreen son of Evans and Michelle Dockery who, in a dark turn of events, is accused of murder. 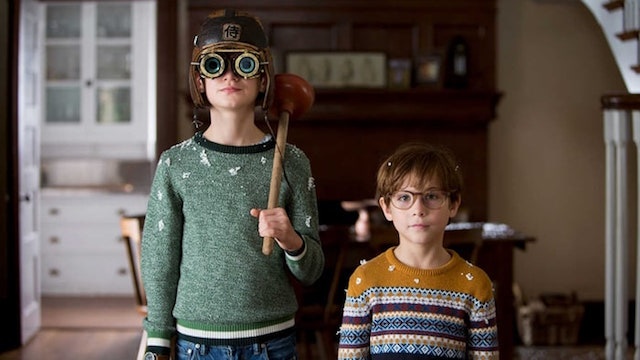 What was the moment you decided you wanted to be an actor?
I could never figure it out, really. I didn’t think it was a possibility, growing up in Philadelphia. There weren't a lot of opportunities to act. I didn't really know what it meant to be an actor until I started doing it. The thing about acting is that I fall in love with it more and more the more I work, and every project I do I learn something new. I can never stay away from it. I discover myself through acting. The first time I figured it out, [when] I realized I could see myself doing this the rest of my life, [was] during my first film, “St. Vincent.” Filming that, and fully understanding what it’s like to be an actor on set, being around people you admire, seeing how they worked and being like, I’d like to do that.

What was your first day like on the “St. Vincent” set?
I was so nervous the whole movie. The movie was with Bill Murray and Melissa McCarthy, who was my mom; she was super sweet, and I got to know her a little bit before shooting. But I was working with the director a lot and I hadn’t met Bill Murray. The first day, I was like, “I’m going to meet Bill Murray, it’s going to be so exciting.” The first day, I went up to him like, “Hi! I’m Jaeden.” I was so nervous. He grunted and he walked away. It was really nerve-wracking, but an amazing learning experience. Watching Bill act, not only as an actor but a human, he obviously doesn’t pretend for anyone. Eventually, I think I grew on him and we got pretty close. That was awesome, to be close with someone you know doesn’t mess around.

What has playing Jacob in “Defending Jacob” added to your acting skills?
It’s the hardest I’ve ever pushed myself as an actor. Morten [Tyldum], the director, gave me a lot of freedom. While the role is very specific, I had a lot of freedom discovering who this character was, figuring out what he did and what he didn't do. Basically, he said to me [that] I was the one to decide whether Jacob killed the boy or not. It definitely helped me become a better actor when it comes to studying and knowing my character. As a child actor, the only thing you can do is be natural, and that’s how you get jobs. As you get older, making that transition to an adult actor is becoming different people. I’m hoping I can do that, and this helped me learn how to do that, how to become a different person, be more than just myself on screen.

What advice would you give your younger self?
I guess I would tell him to be more confident. I think my fear of messing up or fear of letting people down could get in the way of trying my hardest. I feel like often I’ve been like, “I can’t do this, I give up.” But then someone would tell me, “You can do it.” I think that’s important, to have confidence in yourself. At least think you can do it and try your hardest.

How did you first get your SAG-AFTRA card?
It was “St. Vincent.” I had done one day on a movie before that, “Playing It Cool,” where I played a younger Chris Evans, actually.

What is your worst audition horror story?
I had an audition for “Curb Your Enthusiasm.'' It's one of my favorite shows, and I love Larry David, but I cannot improvise to save my life. I went into the audition, and they don’t tell you anything. They just say you're improvising: You’re going out to lunch with Larry David, and just have a conversation with him—but you don’t like him. I had no idea what to say, so whatever he would say, I would repeat him. He’d say, “What do you want for lunch?” and I’d be like, “Uh, what do you want for lunch?” Obviously, I didn’t get the role.

What’s the wildest thing you ever did to get a role?
I like to fly under the radar, but usually I don’t say anything to anyone. I don’t like to go up to people I admire, even if I admire them. For some reason, I can’t get over that fear. I think during one audition, there was a director I really liked and a script I really wanted to be a part of, so I told him all the reasons why I would be good for this role just because I related so much to the character. Just having the courage to talk to him and say how much I admire him—he was really nice, he appreciated it.

You’ve mentioned that before your audition for “It,” you practiced stuttering by watching YouTube videos. What other ways do you typically prepare for an audition?
It’s always hard, because sometimes you’re given the whole script and sometimes you’re not and you have no idea what the character’s like. Auditions are so hard, and they’re definitely not made for you to do the best work because you’re in a white room with two people you don’t know and a camera is pointed at you. It’s very hard to get into character and see yourself in the setting. I think the reason they do that is to test you; imagination is important as an actor. It’s all about picturing yourself in situations, not in a room with these directors. I think it’s also important to use your real feelings. Usually when you go into an audition, you might be nervous or you might be confident, I don't know. But you have to use your real emotions, because if you fight them, people can tell. If you’re supposed to be nervous in that scene, use that. Thinking while you’re acting can be good, but if you’re trying to think of a line, that’s not good. It’s all about having these internal emotions, it’s not all about reading the dialogue. It’s thinking and truly feeling like the character.

What performance should every actor see and why?
Robert De Niro in anything really, but specifically “Raging Bull” or “Taxi Driver.” I think that’s a great example of being really dedicated—you can see the passion in his eyes. That’s a great performance to study. I’ve been on an Adam Sandler kick since “Uncut Gems.” His awkwardness but also weird mix of charisma I think is really cool.