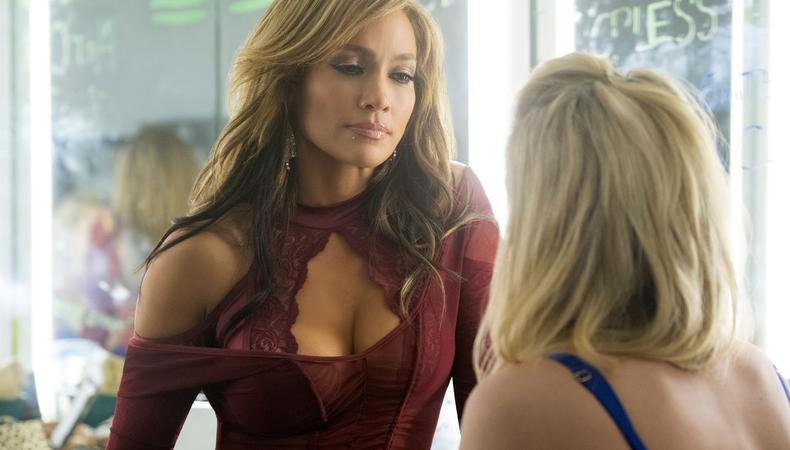 If you saw “Hustlers” this weekend, you’re in good company. That is to say, in its opening weekend, the film—written and directed by Lorene Scafaria—grossed upwards of $33 million in ticket sales. Positive reviews and word of mouth can account for getting butts into seats as much as the fact that the film is led by Jennifer Lopez.

J.Lo is, of course, no stranger to film, however, those “Hustlers” numbers easily mark her most lucrative opening to date (no offense, “Gigli”); the project was a big risk for the actor-dancer-singer, but as can be the case, it seems so is the reward.

“I was incredibly nervous,” Lopez told the New York Times. “I had to be up there, and I had to kind of bare myself—my soul and my physical body—in a way that I hadn’t in any other movie.”

READ: Why Only J.Lo Could Star as the Mastermind Stripper of ‘Hustlers’

“It gets ugly,” she says of the movie’s core foursome of strippers, who take (very illegal) measures to keep their business afloat following the 2008 financial crash. “She is a beast, she’s brutal. I don’t think she ever felt bad.... Like, be careful, these things could be glamorous and sexy—but they could also be dangerous and they can finish you.”

Clearly “Hustlers” is anything but finishing for Lopez’s on-camera career.

Casey Mink
Casey Mink is the senior staff writer at Backstage. When she's not writing about television, film, or theater, she is definitely somewhere watching it.
END_OF_DOCUMENT_TOKEN_TO_BE_REPLACED