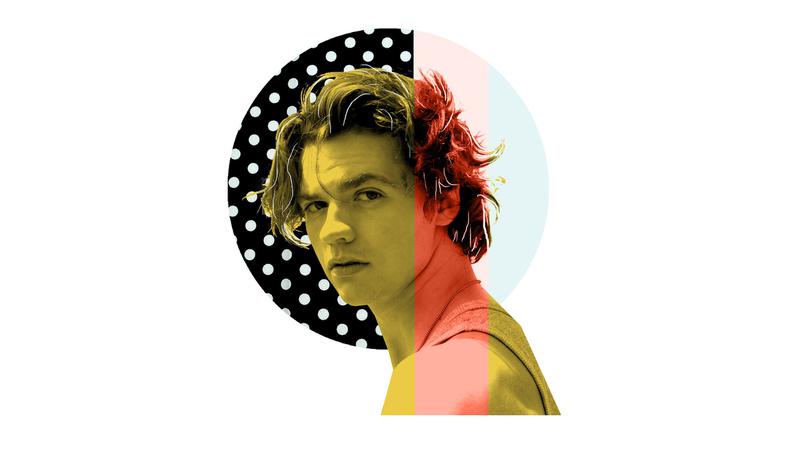 In an origin story fit for Hollywood itself, Joel Courtney booked his first job while visiting his brother in Los Angeles in 2010. At the insistence of his brother’s acting coach, he attended a casting call for a secret J.J. Abrams project—and after nearly a dozen auditions, Courtney booked the lead in Abrams’ “Super 8” at age 14. Almost a decade later, he secured another buzzworthy gig as Lee in the hit Netflix rom-com “The Kissing Booth” and “The Kissing Booth 2,” coming to the streaming platform July 24. He credits the wildly popular franchise as his second big break. 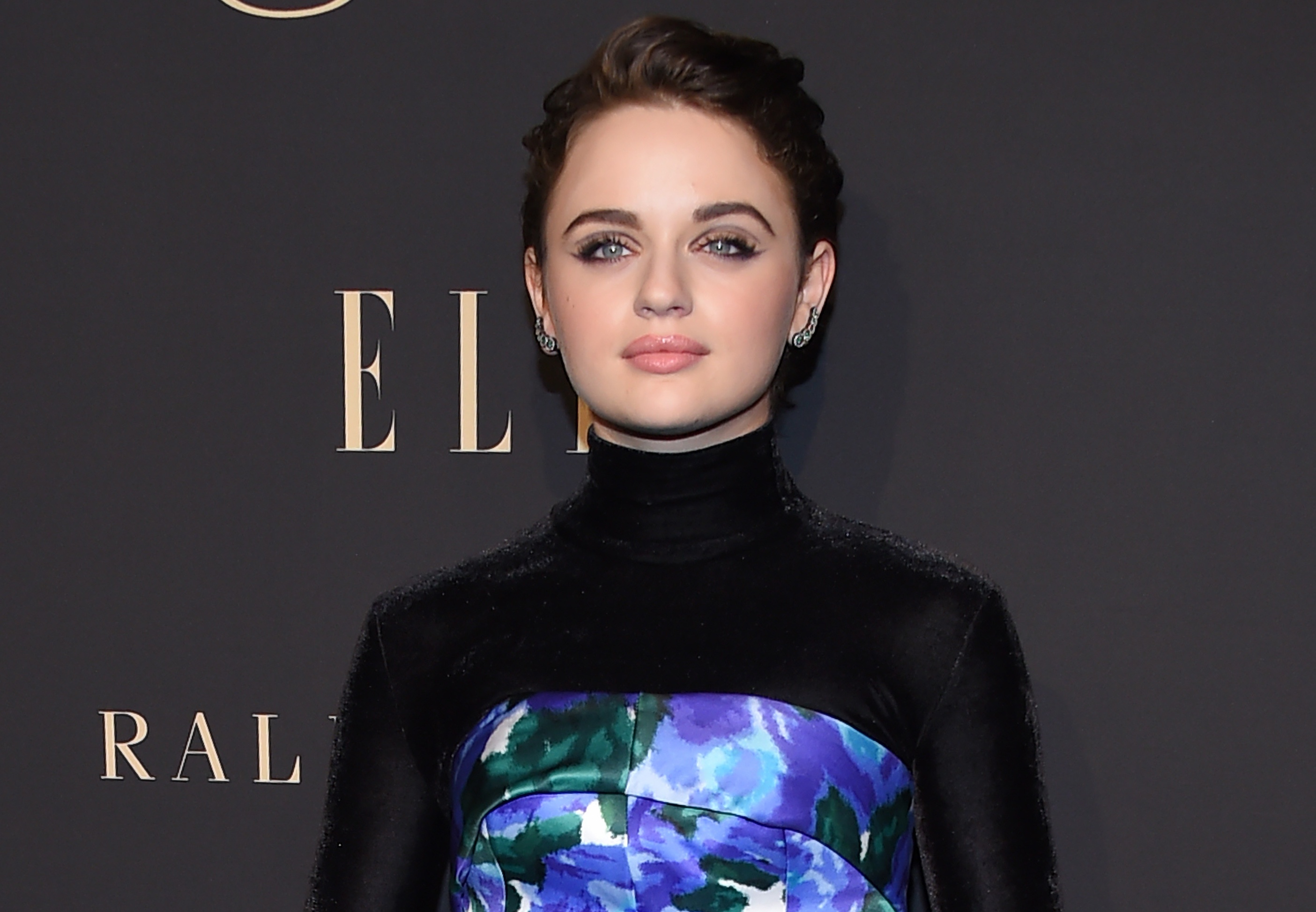 You got your professional start as a teenager, but what was the moment you decided you wanted to be an actor?
The school that I went to, we did two school plays a year, per grade. I had such debilitating stage fright, I had the hardest time doing anything in front of a group of people. In sixth grade, we did a very abridged version of “A Midsummer Night’s Dream,” and I played Puck. I had the most fun, at that point, that I’ve ever had in front of a group of people onstage doing a performance-based anything.

Would you say “Super 8” was your big break? Who was the casting director who cast you?
I would absolutely say “Super 8” was my big break. It’s funny, because in a career, you can see the mountains and the peaks and the valleys. Some people will go a few years without working and then they’ll be on fire for a few years. It ebbs and flows. “Super 8” was my first real break in my career, no doubt. But it’s really been fun watching “The Kissing Booth” being my second. April Webster and Alyssa Weisberg were the casting directors for “Super 8.” “Super 8” came out June 10, 2011, but I knew them in 2010 when we were casting during the summer. I've known them for 10 years. Getting to see them at events and getting to stay in touch with them—they always hug my family, say hi to my parents. They are the sweetest women. They are such amazing people, I love them.

“It’s really cool reprising a role and bringing it back. It’s something that I’ve never done before. I’ve had a really great time on every single movie that I’ve worked on, but it’s never been an option of doing it again.”

Was that the job that got you your first SAG-AFTRA card?
At that point, I had never worked before. I was a forced SAG member. Halfway through the movie, we started getting all of that taken care of. It was kind of like grabbing onto a train that’s already going 60 miles per hour. It was one of the best experiences of my entire life. I learned so much. I went to a few acting classes just to be familiar with what an audition would look like, what they expect from you—honestly, how to act. At that time, I was totally green and I did not know much about what the expectation was of an actor in an audition. Doing an audition and then getting pushed into the chemistry read phase, into the director’s read phase; all of those things just about immediately were crazy. Most of the time, I didn’t really know exactly how shocking it was.

Thinking back on that actor nine years ago, what advice would you give your younger self?
I would say, appreciate the time. I'm 24 now, and when I was 14, of course, you think people in their 20s know what they're doing, they’ve got life figured out. Now that I'm on the other side of that conversation, [I would say to] appreciate the time because it does move very quickly. I think I did a good job of that. My dad did a good job of acknowledging where we were, what we were doing, and how special a time it was. Just for myself, [I would say to] acknowledge the little moments, the friends made along the way.

What is your worst audition horror story?
It wasn’t really a nightmare, but my “The Kissing Booth” audition was so stressful. Our casting director, Gary [M. Zuckerbrod], has a poker face like I’ve never seen in my entire life. I talked to him about this afterward, [but] his favorite thing to do is to give the same performance from his side as a reader, thank them for coming in and send them on out and bring the next guy in. It is poker face 100% of the time an actor is in with him. I thought I’d botched that audition worse than just about any others that I’d done. At about eight years of work, I thought I could read a casting director. With Gary, I had absolutely nothing on him. I walked out thinking, That, obviously, didn’t go well. I do not anticipate hearing back from them. There was a young lady in the waiting area that was going to audition after me. I knew her from an acting class I was in. She [asked,] “How did it go?” and I gave her a that-was-terrible look on my face. A week later, I got a phone call about doing a callback and I honestly was shocked, flabbergasted.

What’s the wildest thing you ever did to get a role?
I have never done that! I should try. Next audition that rolls across my desk, I’m going to do something crazy. If there was a role that came across my email and I truly believed I was the one for it and I was perfect for it, I feel like I would do something crazy to chase it down.

What has playing Lee in both installments of “The Kissing Booth” added to your acting skills?
It’s really cool reprising a role and bringing it back. It’s something that I’ve never done before. I’ve had a really great time on every single movie that I’ve worked on, but there’s never been an option of doing it again. Thankfully, when “The Kissing Booth” was doing really well and the conversation started about doing a sequel, I was thinking, That’s interesting, am I going to be able to pull that off? I’m going to need to dust off the cobwebs, see what that’s like, work through the script and find Lee Flynn again. I was a little nervous to see if I was able to pull it off or not. The second I read the script and Joey [King] and I got together on it, I was like, no, this is not going to be an issue, bringing a character back is not going to be as hard. I can see it being more difficult for other things, but the real-life friendship that Joey and I have really allows for us to just go back to our characters and comfortably dive back in.

What performance should every actor see and why?
One of my favorite performances that I think I’ve ever seen is Eddie Redmayne in “The Theory of Everything.” One of the coolest things about that movie is the physicality of his acting. It was something I was studying and looking into at the time when the movie came out. I remember that being a powerful performance. It was one of those movies you watch and say, “I want to be that good an actor.” It made me want to kick my butt into gear and really work on the physicality of acting and taking on the body and really getting into another layer of acting and a character.