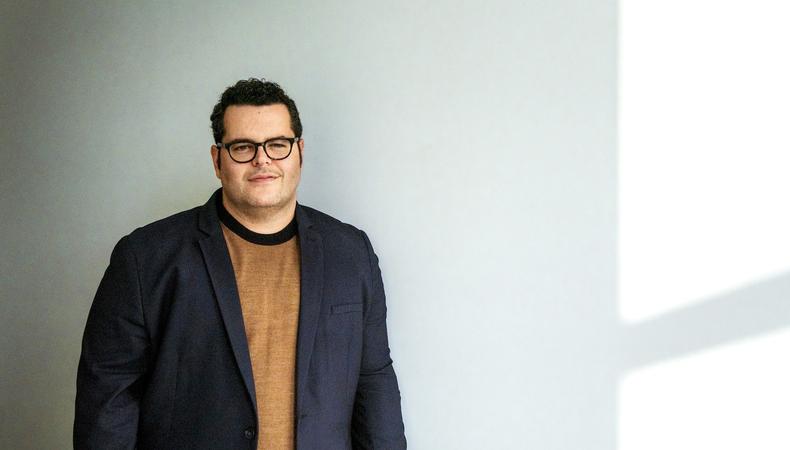 “Frozen” simply wouldn’t be what it is today without Josh Gad as the lovable, hilarious Olaf. The actor’s affable charm and talent, which have been honed in his years onscreen and onstage, are on full display here. The Tony-nominated actor, also known for his performances in the Broadway musical “Book of Mormon” and another Disney box-office hit, “Beauty and the Beast,” recently sat with Backstage to discuss voice acting in “Frozen II” and the wisdom he’s gained through his acting career.

READ: Why ‘Frozen’ Could Change Your Child’s Life

Revisiting Olaf brought something new to the franchise.
“Disney does not have a track record of doing theatrical sequels to their movies, especially to their musicals. Leave it to Bobby Lopez and Kristen Anderson-Lopez, two of the most incredible composers of our time, to tackle a musical sequel to ‘Frozen’ without breaking a sweat. It was so wonderful on so many different levels. One, Olaf is the same Olaf that you love in the first one, but he’s maturing. He’s got almost this existential crisis that he’s going through, [and we see] that reflected not only in the dialogue but also in the brilliant new song ‘When I’m Older.’ They always find the right comedic impulse for every single project I’m involved in. Whether it’s ‘Frozen’ or with Bobby doing ‘Book of Mormon,’ they always know how to write that perfect, comedic gem.”

Voice acting requires imagination.
“When you only have your voice at your disposal and you don’t have your face to emote or your body to tell the story, you’re limited in terms of how you can convey all those things. But it’s really fun! I liken it to being a kid and playing with dolls or playing with action figures; it’s that same kind of thing, where you’re using your imagination and just running wild. It’s a different process, because you don’t have all of those tools at your disposal. [But] nothing will ever replace the stage for me, just because that relationship you strike with a live audience—there’s nothing like it! That energy that you share on any given night where the show just changes, even ever so slightly, that to me will always be the most fulfilling thing to do as a performer.”

READ: Why Musical Theater Legend Idina Menzel Decided to Do an Off-B’way Play

Rely on technique to find a character.
“Technique is something you [can] take for granted, and it’s so funny, because when you start off, you think you have all the answers, but what you really have are a bunch of bad habits that need to be broken and then rebuilt. Going back to technique in a hard situation is my get out of jail free card. When I’m challenged by a role, when I don’t know what the hell I’m doing, just go back to the basics. Is doing Stella Adler appropriate for doing ‘Book of Mormon’? No, but it is appropriate for other projects that I do. It’s finding a process that works for you.”

Be more patient with yourself.
“Be patient. I think we hear it a lot, but [when] I was three years out, I gave up. I was gonna go to law school; [I] called my mother to tell her this news, thought she would be ecstatic. Instead, she was really pissed at me and said, ‘I’m really disappointed in you. You spent 15 years dreaming of becoming an actor and only three years trying. You owe yourself more.’ Then, a couple of months later, I got my first big break on Broadway. The plan was ‘Saturday Night Live.’ The plan did not go as planned. The plan was very ‘I’m going to be on “SNL,” ’ and it was only after I let go of that dream that my career identified what it wanted to be.”