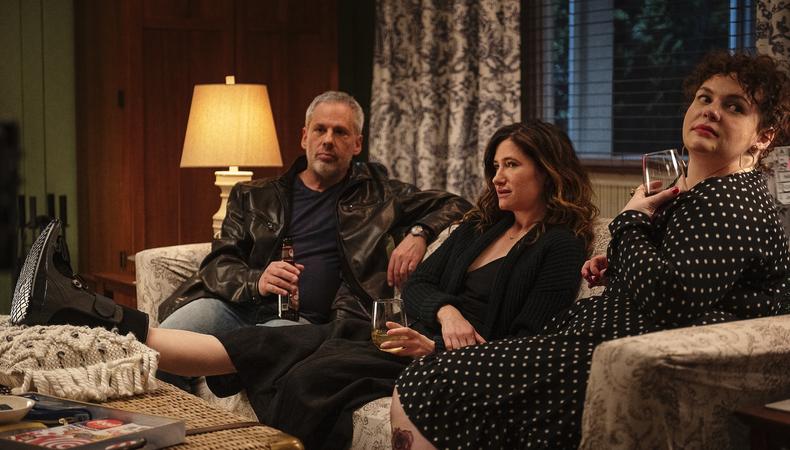 The following Career Dispatch essay was written by actor and acting coach Josh Pais, who can next be seen on the big screen in both “Motherless Brooklyn” and “Joker” and on TV on HBO’s “Mrs. Fletcher” and Showtime’s“Ray Donovan.” For more wisdom from Pais, check out his Committed Impulse classes in Los Angeles and NYC. You can also try out a free audio training here.

When I was in acting school, it was ingrained in me to always be relaxed when I was performing. That made sense.

When I got out of acting school and started auditioning, the only problem was I was so nervous and anxiety-ridden that one audition after another was a disaster. I couldn’t get to the “good,” relaxed place that I was taught was so important.

What to do? Should I just try something else? There really wasn’t anything else that interested me other than acting, but I couldn’t bear to eat another serving of Kraft macaroni with cheese powder.

Then I remembered an interaction I had with my father when I was 6 years old. I didn’t realize it at the time, but what he told me would ultimately turn out to be the key to my becoming a steadily working actor for the past three decades. In fact, it has even become one of the cornerstones of the actor training I developed called Committed Impulse.

Here’s what went down:

I grew up in Alphabet City in New York—7th St. between Avenue C and D. Tough neighborhood. I knew what the other kids’ dads did for a living: bus drivers, plumbers, drug dealers, ya know, normal jobs. But whenever I visited my dad at his office, he was just scribbling endless calculations on a floor to ceiling blackboard. I often pondered, “What is he doing?”

READ: The Truth About Getting Over Your Audition Nerves

I knew he was a theoretical physicist, but I had no idea what that the heck that was. So, on a steamy summer day, the 6-year-old version of myself decided to get to the bottom of this mystery.

“What do you do? Really, I want to know what you do,” I demanded.

Then he picked up his leather briefcase, gave me a nod, walked to the door, and went to the office. I looked at my knee. I looked at what was around me. It was trippy.

OK, so here’s how my disastrous auditions started turning around—and how I started booking job after job. I reflected on what my dad had told me. Since my body is made out of atoms, well, then, the nervousness and anxiety I was experiencing had to be atoms in my body, too; atoms that were moving around in a chaotic, pulsating pattern.

I experimented with this. The first thing I did was to stop labelling what I was experiencing as “nervous.” Why? Because, like most actors, I had a negative association with nervousness. Next, I simply experienced the actual energetic movement in my body. That’s when everything started to shift. Here’s the thing: An actor must create from their impulses and truth if they want to engage an audience (and make a steady living). And the source of truth and impulse is in the body.

Once you see that there are no bad sensations—just energy moving around—everything will start to shift for you. Nervousness is as good as being calm. This is radical, I know. We have been enculturated to believe that one thing we feel is a good feeling, while another thing we feel is a bad one. Believing that there are bad sensations is what screws actors up (along with just about everyone else). The truth is, you are designed in your DNA to feel the full range of sensations and emotions that you feel. It’s all good!

So how does this apply to acting?

Your job is not to manipulate yourself to what you think or what you have been taught is an ideal sensation or emotion. No one wants to watch you attempt to get relaxed. There are no plays, movies, or TV shows where a character is just chilling out reading the Sunday Times, or going for a relaxing walk in the countryside.

Your job is to create from and with the energy, impulses, and truth in your body. Sure, we want to plan what we’re going to feel. But casting directors, directors, and audiences want to see you—not your manipulated idea of you.

People are hungry for truth in this era that we’re in. It’s one of the issues of our time. When I worked with Joaquin Phoenix in “Joker” and Edward Norton in “Motherless Brooklyn,” they connected to the impulses and experiences in their bodies, which is exactly what led them to create such stunning work. I did my best to do the same.

All of this, of course, applies to you, as well.  Here’s my advice to you, my fellow actor: When you feel nervous, really connect to it. It’s just atoms moving around, often in the upper torso. Next, trust that this movement is creative fuel! Instead of trying to hide it or shift it, ride it. Ride it, don’t hide it! Use that energy charge as your guide to create with.

If you are “nervous” and you fully access it and create with it, you appear centered and focused. Plus, you are creating from your truth, which is key to being a steadily working actor.

Let’s wrap this up: There is no ideal state of being you need to get to in order to act. When you create from your body and truth, whatever text you are saying comes to life. Plus, working this way generates a complexity and nuance to your work that far exceeds choices that your mind could ever come up with.

Conclusion: People want you! And the beauty of working this way is that you always have access to you. The only thing that blocks your access to you is when you think what you’re feeling is wrong for the character or the audition.

Breathe deep, see what’s in front of you, connect to your body—and let ’er rip.