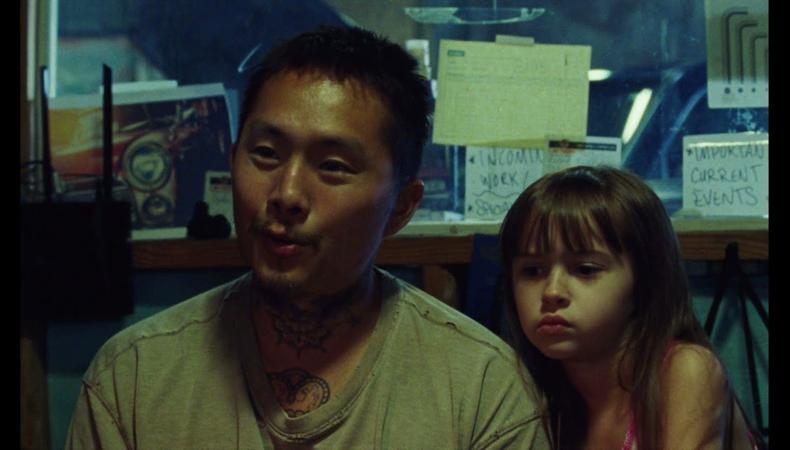 In a moment when borders are being closed and ideological tribalism is running rampant, meditations on the meaning of home in all its shades may hold the key to unlocking bits of empathy with a well-timed emotional gut punch. Such is the case with “Blue Bayou,” the urgent new film from actor, writer, and director Justin Chon.

“I would have to fit into something that’s much more traditional—you play the best friend or the tech guy. And that stuff is really great work and opportunities that I should be grateful for, but at the same time, not very fulfilling in the long run.”

After premiering earlier this summer as an official selection of the Cannes Film Festival, the film hit theaters Sept. 17. The contemporary, slow-boiling drama stars Chon as Antonio LeBlanc, a Korean American adoptee raised in the Louisiana bayou. Struggling to make ends meet for his pregnant wife, Kathy (“The Danish Girl” Oscar winner Alicia Vikander), and her young daughter from a previous marriage, he takes odd jobs when he can while peddling discounted tattoos on the streets of New Orleans. When a scuffle with Kathy’s ex-husband leads to Antonio’s arrest, he risks deportation as an adoptee—despite Louisiana being the only home he’s ever known.

“About five years ago, I found out that adoptees were being deported, and that the path to staying or to be brought back was not as simple as just showing some documentation,” Chon says on a Zoom call. “I felt really emotional about what they’re going through, and one my big things [as a filmmaker] is bringing empathy to Asian Americans, and this is part of that spectrum of stories. I wanted to shed light on the issue.”

An actor since the mid-2000s, Chon was previously best-known for playing Eric in the “Twilight” film franchise. Since 2015, he’s shifted gears to working behind the camera, writing and directing four independent features—“Man Up,” “Gook,” “Ms. Purple,” and now “Blue Bayou”—all of which are centered squarely on Asian American heroes going through distinct trials.

“I’ve always made short films, but I never even remotely thought to do it in a substantial way,” Chon says of his earlier work as a creator. “It was just another avenue for me to create stuff and stay busy, because as we all know, as actors, there’s a lot of times we’re not doing anything; the phone is not ringing.”

It wasn’t just the limitations of an acting career that drew him to tell stories like Antonio’s, though. He admits that after a decade in the industry, he saw a “glass ceiling” approaching, and he began wanting to tell culturally rich, specific stories that he wasn’t being offered elsewhere.

“I could see my future very clearly. I was probably headed towards network television and finding a way to make a living by doing that, and I just didn’t want to accept that,” he says. “That was what the next 20 years looked like, you know? I had to do something to take control.”

He remembers growing up admiring the work of actors like Sean Penn and films like “Carlito’s Way” and wondering where he might fit into a story like that, if at all. “Understanding that there’s not really a precedent for that is very limiting,” he reflects. “I would have to fit into something that’s much more traditional—you play the best friend or the tech guy. And that stuff is really great work and opportunities that I should be grateful for, but at the same time, not very fulfilling in the long run. It’s about memorizing information rather than fully realizing [a character]…. I’ve had many of those types of experiences, and it’s very limiting as an artist. I wanted to, at the very least, create roles for other actors that are more than that.”

So how did he do it? For actors who want to break big behind the camera, he advises that they take any opportunity on set as a learning experience in the craft of filmmaking.

“Be very prepared as an actor, and do all your preparation and work, and show up and do the performance to [the] best of your ability. But while you’re there, if you have any inkling of stepping behind the camera, use that as free film school, and bother everybody on set, and figure out what everybody does and how things work,” Chon says. “And then, secondly, don’t wait! It’s really the best time to be able to create your own content. You have these iPhones that are 4K, and editing software is as accessible as it’s ever been. And then develop a perspective. What is it about the way you look at the world that’s different from everyone else? What makes you tick? What makes you passionate?”

“Blue Bayou” is just the latest installment in Chon’s projects that checks all of those boxes. Now, it’s possible to find yours.

Benjamin Lindsay
Benjamin Lindsay is managing editor at Backstage, where if you’re reading it in our magazine, he’s written or edited it first. He’s also producer and host of a number of our digital interview series, including our inaugural on-camera segment, Backstage Live.
END_OF_DOCUMENT_TOKEN_TO_BE_REPLACED