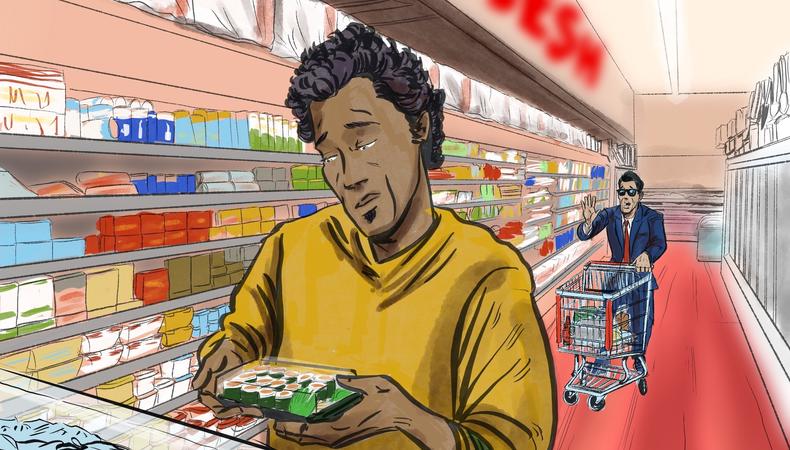 I’ve been doing yoga for almost 10 years. It’s one of the healthiest activities on my schedule, and the practice keeps me feeling good on both a physical and mental level.

Recently, I sat in on a class that was being taught by a teacher who had just gotten her yoga certification. She did a nice job. Her instructions were clear and helpful, but it didn’t take long for me to notice the flaw in her approach. The new teacher was great at telling the class what to do, but she didn’t spend nearly enough time explaining what they shouldn’t do.

That got me thinking about all the advice I’ve given actors over the years. I stand behind instructions like “stay in class” and “behave like a professional.” That’s solid. But I want to touch on some things that you should never do, like buying sushi at a supermarket.

READ: What Role Does Sheer Luck Play in Your Success as an Actor? An Agent Weighs In

Last month, I received three submissions on Christmas Day. All the actors had the same approach; by emailing me on the biggest holiday of the year, they were hoping I’d see how committed they were to their careers. Well, that wasn’t my response. It’s inappropriate to make submissions on such holidays, and I didn’t even look at their résumés.

Speaking of submissions, I’ve always said a referral is the single most important thing you can include in your email. But don’t just make one up! You would be stunned by how many actors claim they’ve been referred to me by someone I’ve never met.

Now, let’s focus on clients. Assuming you have representation and want to keep it, here are three scenarios you should avoid at all costs.

First, if you decide to add a manager to your team, you can’t just go off on your own and take meetings without my knowledge. I need to be included in that process. Hell, I might even make some suggestions. And never, ever surprise me by announcing you’ve just signed with a manager when I didn’t even know you were looking. This isn’t a control issue; I might have history with the person you picked that could make us working together a bad idea.

READ: 1 Agent Advises: When the Going Gets Tough, Don’t Forget About What Really Matters

Second, despite all the changes in technology, headshots are still your No. 1 marketing tool. They’re the first thing casting directors consider. So please don’t send me your final selects after a shoot when I haven’t even had a chance to look at the proofs. Yes, your opinion matters, but I’m the one who’s going to be using those pictures. I need to have some input, too.

And third, I recently had a client go “off the grid” for an entire afternoon so he could meditate on his future. That’s just fine. The only problem is the actor didn’t tell me in advance. This resulted in hours of frustration when I couldn’t reach the guy so we could discuss an offer that had just come in with a ticking clock attached to it. I would even argue he could’ve done his retreat after hours or on a weekend—but maybe that’s just me being too logical.

If you surprise me with anything that resembles these three circumstances, I will clap my hands and step away from you like a blackjack dealer in Vegas.