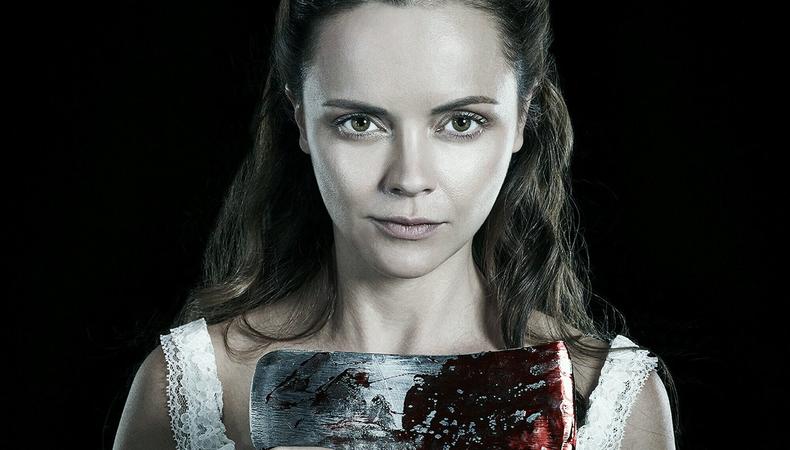 Born to be bad:
The long-rumored Lizzie Borden musical is finally a go. Signature will premiere “Lizzie” Off-Broadway this summer, beginning performances July 19 at the Pershing Square Signature Center. Featuring a book by Tim Maner and score by Steven Cheslik-DeMeyer and Alan Stevens Hewitt, the musical will be helmed by director Victoria Bussert. The four-person cast will feature Eden Espinosa, Shannon O’Boyle, Ciara Renée, and Carrie Cimma.

Second Stage sets a stacked 2019–20 slate.
Though we’re only now in the thick of the current season, it isn’t too early to look ahead to the next. Second Stage Theater has announced five new productions for its upcoming 2019–20 lineup. On Broadway at the Hayes Theater, the institution will stage Tracy Letts’ “Linda Vista,” directed by Dexter Bullard; “Grand Horizons,” the Broadway debut of Bess Wohl, directed by Leigh Silverman; and Richard Greenberg’s “Take Me Out,” directed by Scott Ellis. Off-Broadway will host two world premieres: Will Eno’s “The Underlying Chris” and Alexis Scheer’s “Our Dear Dead Drug Lord.”

A grand Broadway return for Miss Foster.
Two-time Tony Award winner Sutton Foster is heading back to Broadway for the first time in what will be six years. The talent, who has been away from the stage in recent years starring on the television series “Younger,” will take on the storied role of Marian Paroo in the upcoming Scott Rudin–produced “The Music Man.” Foster will star opposite the previously-announced Hugh Jackman in the role of Harold Hill. Directed by Jerry Zaks, the classic will announce additional casting shortly. Performances begin September 2020 at a to-be-announced Shubert theater.

RELATED: Sutton Foster Will Star Opposite Hugh Jackman in 'The Music Man'

Harvey Fierstein heads to MTC.
Another institution that announced its 2019–20 lineup this week: Manhattan Theatre Club has slated three upcoming productions Off-Broadway. First up, Tony Award winner Harvey Fierstein will star in the world premiere production of his own play “Bella Bella,” directed by Kimberly Senior. Later in the season will be the world premiere of “The Perplexed,” a new play by Richard Greenberg directed by MTC Artistic Director Lynne Meadow, followed by “The Best We Could (a family tragedy),” another world premiere by Emily Feldman and directed by Daniel Aukin.

From one classic to another:
Following his Tony-nominated role in last season’s “Carousel,” Alexander Gemignani is dancing over to another classic. The actor will join the currently-running Lincoln Center Theater production of “My Fair Lady,” stepping into the role of Alfred P. Doolittle. Beginning performances April 30, Gemignani replaces Danny Burstein, who departs the production to begin rehearsals for next season’s “Moulin Rouge.” The company is currently led by Tony winner Laura Benanti.

Casey Mink
Casey Mink is the senior staff writer at Backstage. When she's not writing about television, film, or theater, she is definitely somewhere watching it.
END_OF_DOCUMENT_TOKEN_TO_BE_REPLACED