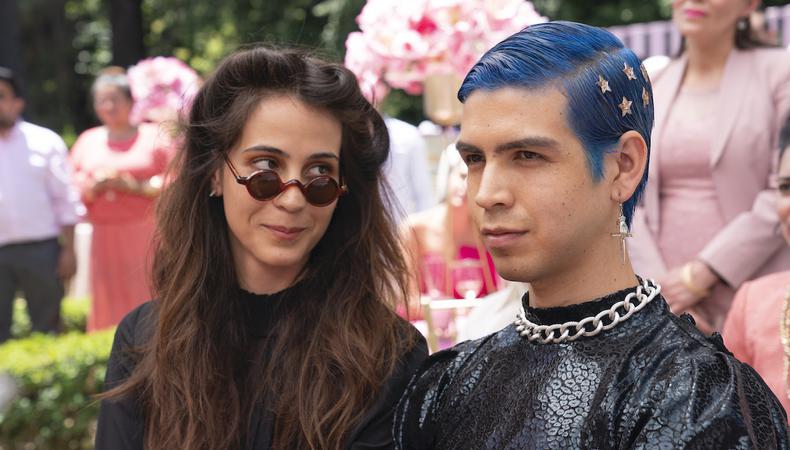 For a show like the Spanish-language HBO comedy “Los Espookys,” costumes are everything.

Starring and created by Fred Armisen, Ana Fabrega, and Julio Torres and set in an unspecified Latin American country, the show centers on a group of friends who discover they can make a living putting together experiences around all things horror, goth, and gore—everything from a quinceñera to a fake exorcism—and each character’s singular style contributes heavily to the vibe of the show.

Costume designer Muriel Parra (“A Fantastic Woman,” “Neruda”) is responsible for each and every costume detail for Armisen, Fabrega, and Torres, as well as for the rest the of cast, which includes Cassandra Ciangherotti, Bernardo Velasco, Giannina Fruttero, and José Pablo Minor. Her aesthetic is a gorgeous mix of punk, goth, and playful that gives the actors much to work with when stepping into character.

In this conversation Torres and Parra discuss inspiration, how Parra makes her decisions, Torres’ experience performing in her costumes, and what it was like working on set of “Los Espookys.”