The year’s “breakout star” title undeniably goes to Bulgarian actor Maria Bakalova. Her role as Tutar Sagdiyev alongside Sacha Baron Cohen in Amazon Studios’ hit 2020 comedy “Borat Subsequent Moviefilm” has earned her nods for a SAG Award, Golden Globe, and a Critic’s Choice win for best supporting actress, which she admits she is still in disbelief about. Next, she’ll take part in Judd Apatow’s upcoming comedy ensemble piece “The Bubble,” alongside stars like Leslie Mann, Karen Gillan, Pedro Pascal, Fred Armisen, David Duchovny, and Keegan-Michael Key. In the lead-up to Oscar nominations being announced, Bakalova jumped on Instagram Live with Backstage to break down her performance in “Borat,” her advice for fellow actors, and her own experience as a working actor during the pandemic. 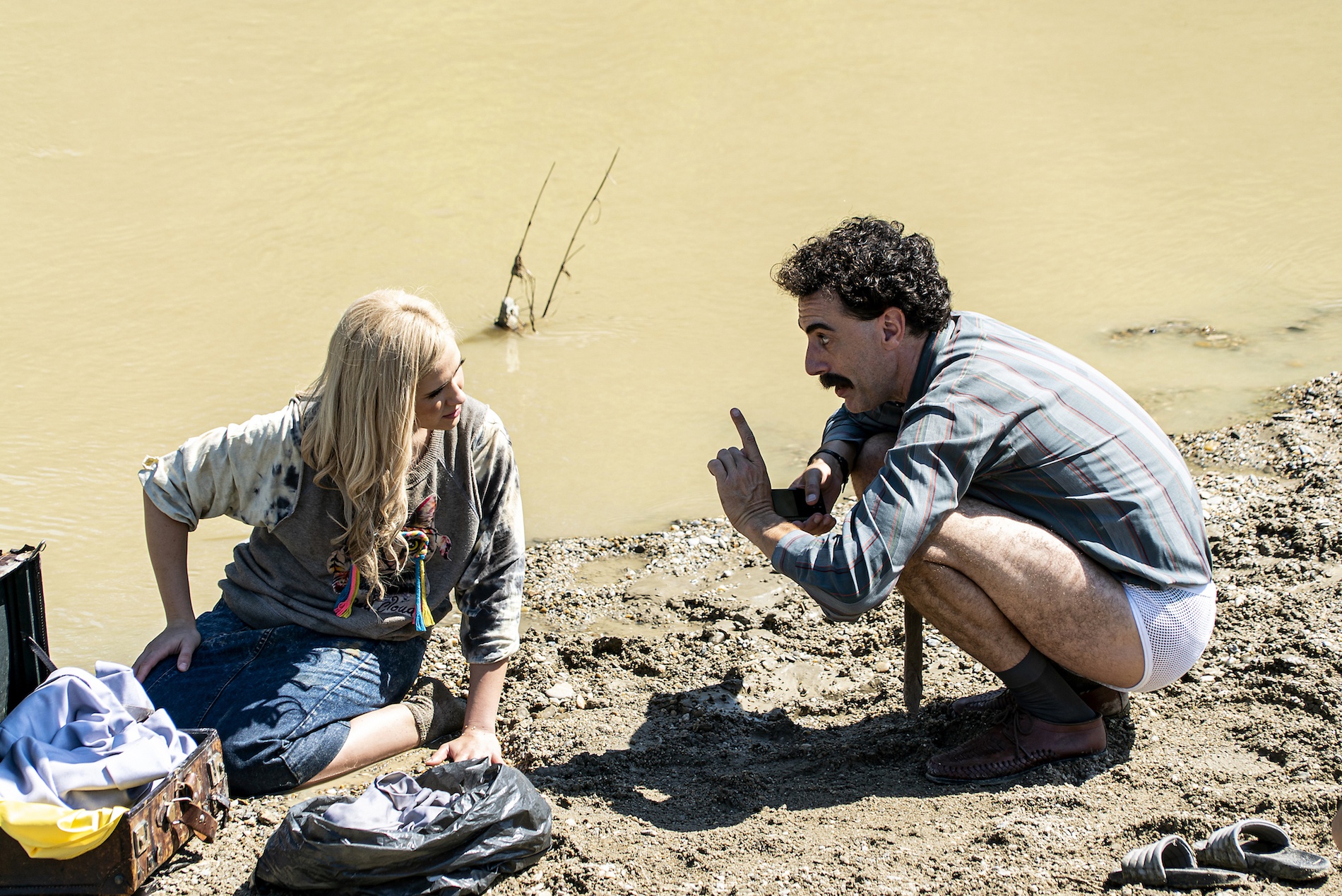 “Trust the process and enjoy it. Don’t think about the result.”

Compared to the dramas of her work overseas, “Borat” was Bakalova’s first comedy project.
“It’s been one-of-a-kind, it’s been my first comedy when I’m playing a Comedic character. I’ve been part of some really powerful, I would say, Bulgarian movies…. All of my parts has been really dramatic, starting from teenage pregnancy or a teenager with mental illness or a teenager having a transgressive relationship with her father or a teenager who is losing her sister in the woods and she has to find her or a teenager committing a suicide while she’s pregnant after her boyfriend is breaking up with her. So it’s been a kinda tough road, and now happy. And having this funny journey, it's been different. It’s been challenging.”

Her theater training was useful while shooting the film.
“My training has always been as a theater actress: in high school, then university, it’s always been theater. And that helped me because on the stage, you don’t have a second take. Even if you make a mistake, you have to just keep going because the audience is there and they’re seeing it. You might change it, you might make it better on the next date, but you have one shot. And same as ‘Borat.’ We don't have, like, ‘We are gonna have a second take. We’re gonna make this clear, we’re gonna make this work better.’ Either now or never. You have to catch the moment, you have to go with the flow and be interested in your instincts, because the more I think about it the more I realize that somehow our inner voices know better than our brains what is right. We should listen to ourselves.”

READ: Sacha Baron Cohen Is Finally Being Recognized as
One of Hollywood’s Best Performers

She values a balance of practice and living in the moment when auditioning for a new project.
“Honestly, I’m doing my homework all the time. I’m preparing as much as possible because I am a workaholic. But, in the moment, something weird is happening with my brain and I’m like: Forget about all your preparation. You need that for confidence. The moment during the casting, the audition, just go with your instincts, because they are the right things, I believe. Because somehow you know what you have to do, somehow you know what is authentic to you. And, that's my advice. And enjoy it. You have a limited amount of time to experience this journey: It might be just an audition, it might be the preparation of the audition. You are living the life of this character. You are living it, even for a short period of time, you are living it. So, it’s good. Isn’t it? And it’s fun.”