Could Mogul Productions Become the Bitcoin of Film Financing? 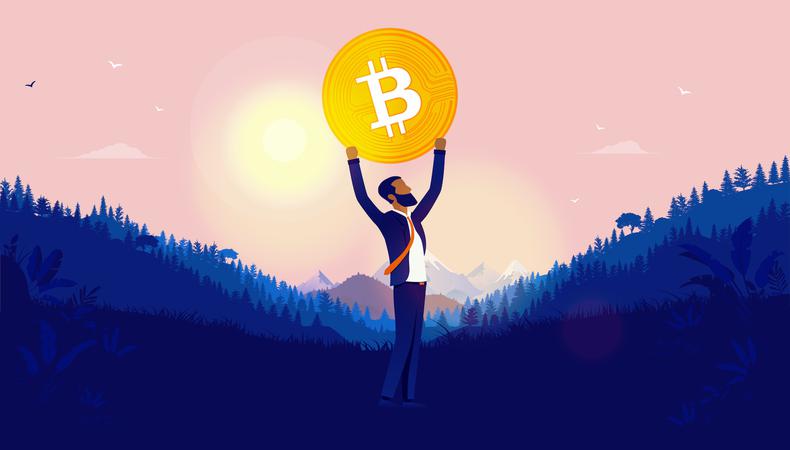 As we close the book on this film awards season and look ahead to the next, Mogul Productions (from Emmy-nominated producer David Cormican) is looking way beyond that. The platform, which just officially launched in March, began with the impetus to decentralize both film financing and power from Hollywood’s long-standing gatekeepers. Cindy Cowan, head of project procurement, spoke with Backstage about how early career filmmakers can take advantage of Mogul’s game-changing support and why she isn’t scared of the old guard’s resistance: “People are just not in the capacity to be ripped off anymore.”

For those who don’t know, what is Mogul Productions?
Mogul is a decentralized film financing platform, which means that it basically uses blockchain to finance films and engage fans [with] all the screenplays that we ultimately pick, and the way that financers can get their money back. If somebody doesn’t understand blockchain, it’s a way to actually protect financers in a way that they haven’t been protected before. Any dollar amount is put into a chain—imagine a gold chain—and whether you put in $20, $200, $2 million, your money comes out at the same time along the chain. So there’s no possibility of doing what the old studio systems used to do: kind of hiding money or ripping people off or saying, “Sorry, all this money went into marketing. There’s nothing left.” Because even the marketing money—any money whatsoever—has to go into the chain.

What does your role as head of project procurement entail?
We’re brand-new. We’re one of those few and first film financers in the movie space. And so we’re looking right now for projects that would fit the fan-base genre—things that, ultimately, the Mogul fans will get to vote on and pick. We’ll keep the budgets fairly low—probably $5 million and under to start. But they will be very story-driven, exciting projects, and, ultimately, the fans will have the say-so in exactly which projects go, as well as who stars in them. 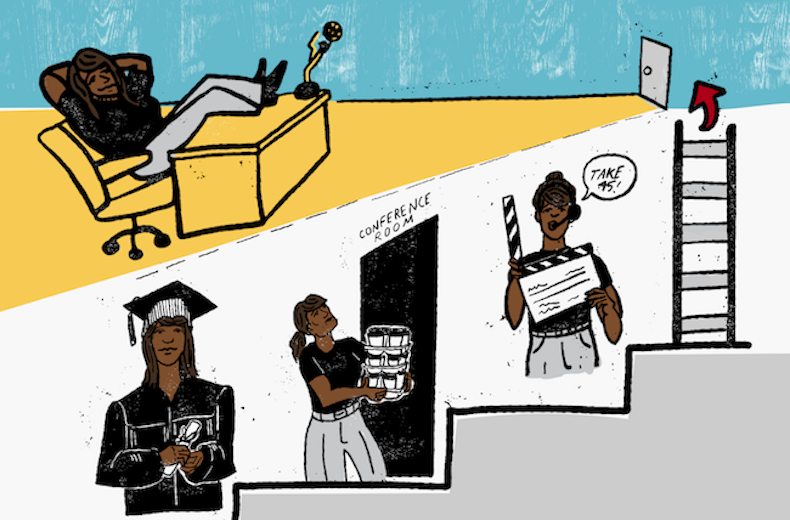 How have you been finding scripts for the platform?
We’ve been lucky. Mogul only officially launched a few weeks ago now. And the first day, we had well over 1,000 projects that had been submitted. They’ll be submitted all different ways, directly through Mogul—and anybody who wants or reads this has the opportunity to go directly to Mogul. There’s no cost to submit your film to us. And then again, there are different ways that they’ll be voted on to see which films ultimately get made. But because there are so many of us film people on there, too, we’ve already had agents and managers and talent themselves reaching out to submit projects to Mogul. At the end of the day, I think what we’re hoping is that Mogul becomes kind of a secondary finance company and kind of [a] ministudio, so to speak, where people will feel like they’re a real player, and they should submit projects to us just as they would any of the other real players.

How would you recommend an early career filmmaker gain traction on Mogul?
If it’s a completed script—because we’re not an opportunity to develop right now—they can submit it as-is. Our team, if we have a real interest in the screenplay, will help them take it to the next level. If they are in the business enough, then we can look at what they’ve got and help guide them. Those things could be just creating marketing material, and we’ll get the fans engaged, be it a trailer, which nowadays you can do by being a great editor, and literally going online and doing something called a rip-o-matic. If you’re not an editor, you can do things just like creating a one-sheet, just to get people’s attention. And again, Mogul is gonna be in a position to help them do that. We can either guide them to do it themselves, or, if it’s a project that we decide we’re championing, we will do that along with them or, sometimes, for them. What’s great about Mogul is we can teach people what they would need anyways to go into the bigger studios [to pitch]. But they’ll have more of an opportunity to get their feet in the door and go a little bit more quickly on a platform such as ours, especially since it’s in its first year.

“Whenever there’s anything new in Hollywood, there’s a backlash.”

Part of the Mogul mission is to “decentralize power from gatekeepers.” Why is that a company imperative?
Financers over the years have gotten more and more bullish [when it comes to] the film industry. As more money comes in, Hollywood likes to spend, and often, you never see those people again once the money is depleted. The studios are notorious for saying that some of the biggest blockbusters around never went into profit. There were movies like “Batman” and “Forrest Gump” and some of the biggest movies—they said that those movies never went into profit. And you’re like, “I don’t understand. How is it that those movies never went into profit?” It makes absolutely no sense. But then the studios will say, “Oh, well, we had marketing costs,” or, “We had studio costs,” and, “We had overhead costs.” At the end of the day, you, as a financer, have no ability to ever know [if] those costs are real or not real. Whereas in the decentralized capabilities of blockchain, those costs have to be put into it. They are visible to anybody, whether you put in $2 or $2 million. Everything is very transparent. That’s something Hollywood hasn’t seen before—and probably doesn’t wanna see. So there’ll be some pushback from the old players that say, “Well, wait a minute—we had something good going on here.” But the truth of the matter is, as we’re seeing with cryptocurrency like Bitcoin, this is the way to the future. People are just not in the capacity to be ripped off anymore. This just happens to be the film business way to the future.

Hollywood is notoriously unwilling to democratize power. Do you think there will be efforts to prevent this platform and others like it from becoming mainstream?
Whenever there’s anything new in Hollywood, there’s a backlash. When you saw HBO Go [launch], people were like, “What? HBO as an app?” And now, their streaming platform became Amazon’s streaming platform, Netflix’s streaming platform, and everybody else’s streaming platform that we’re enjoying. But at the beginning, people were like, “I’m not gonna watch that; I’m not gonna see it that way; I’m not watching a movie on my cellphone or my iPad,” never even thinking that it was going to turn into what it’s become. It’s the same thing with this. I think there will be traditional players who don’t necessarily want this to go forward, because they’ve been enjoying the excess, and enjoying being able to hide money sometimes and see films go into profits but then never have to be paid back. That’s one of the reasons we were determined to keep Mogul’s budgets at a certain level, so it doesn’t require a typical studio player to be involved with us, but does allow the masses to get involved in the film business in a way they haven’t been able to. I don’t think we’re catering to typical Hollywood. If this [takes off], I think it’s going to hold a lot of people accountable, and maybe we’ll be the way to the future for all film financing.

What advice would you offer an emerging producer who, like you, doesn’t necessarily want to follow all of the industry’s long-held rules?
I tell everybody who wants to get into the film business: There are some rules you’re going to have to abide by—even [in] how I’m choosing my next project. You have to know the marketplace. What is working right now? What works right now didn’t work last year, and what worked last year didn’t work 10 years ago. I always tell people: When you’re breaking into the film business, choose something you’re passionate about, because it might be years of getting it made. But also, choose something that everybody else wants to see get made, too. Don’t come in with a project about your grandmother that only appeals to you and your family. Choose something that everybody can relate to, and go with the wave of what people are seeing right now so that the film has a place to land. 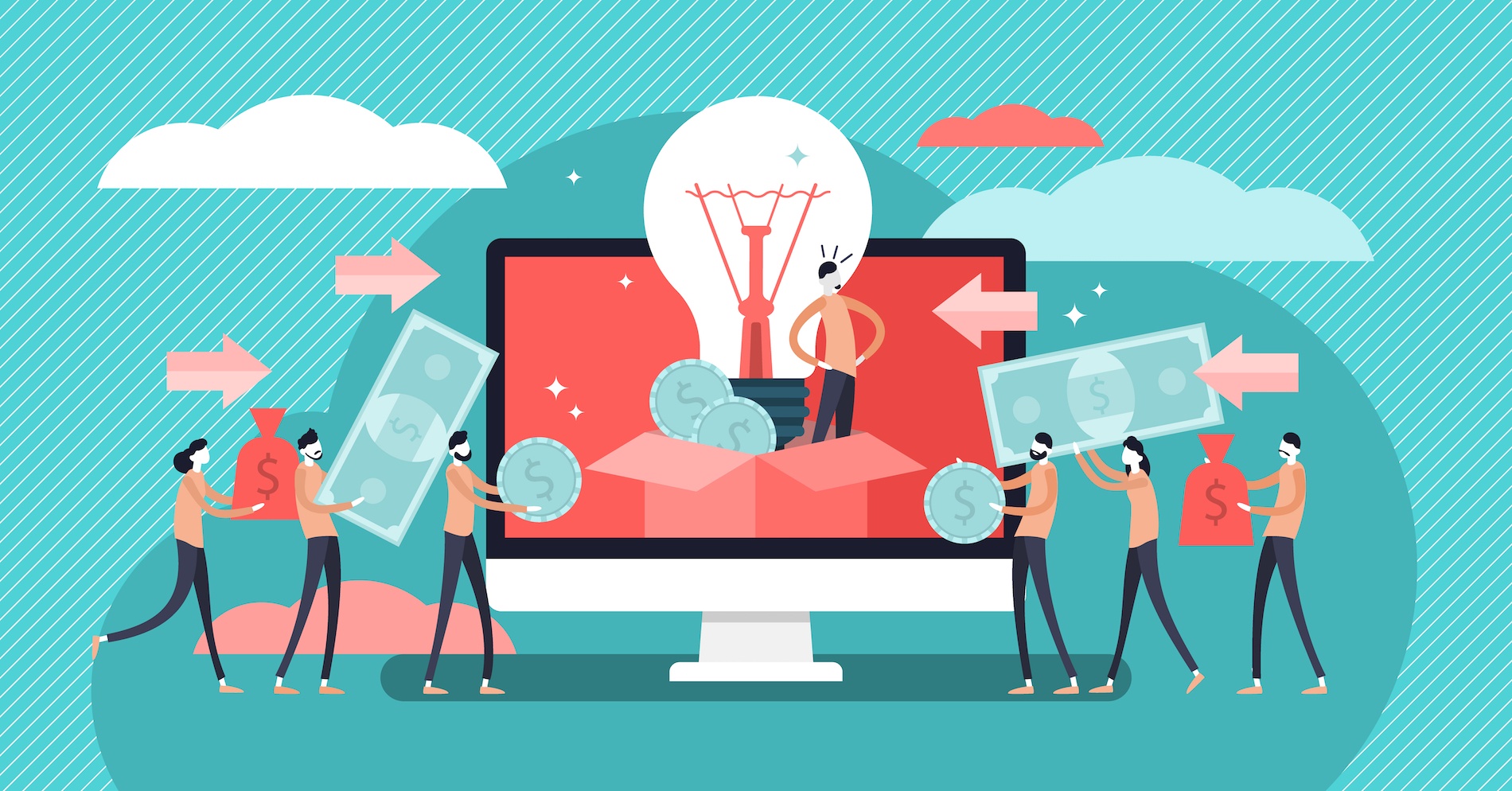 Right now, there’s going to be a pushback against these very depressing movies that are kind of facilitating a political agenda. They’re most of these Oscar movies that we’re seeing coming out right now, and they served a purpose for right now. But going forward, most of the actors that I know and the studios that I know are saying, “OK, that was great for this year, but next year, we want to have more fun. Let’s go more into fantasy. Let’s go more into uplifting and positive.” Again, they served their purpose and they did it great, but we can’t have 10 more years of the same thing.

Casey Mink
Casey Mink is the senior staff writer at Backstage. When she's not writing about television, film, or theater, she is definitely somewhere watching it.
END_OF_DOCUMENT_TOKEN_TO_BE_REPLACED