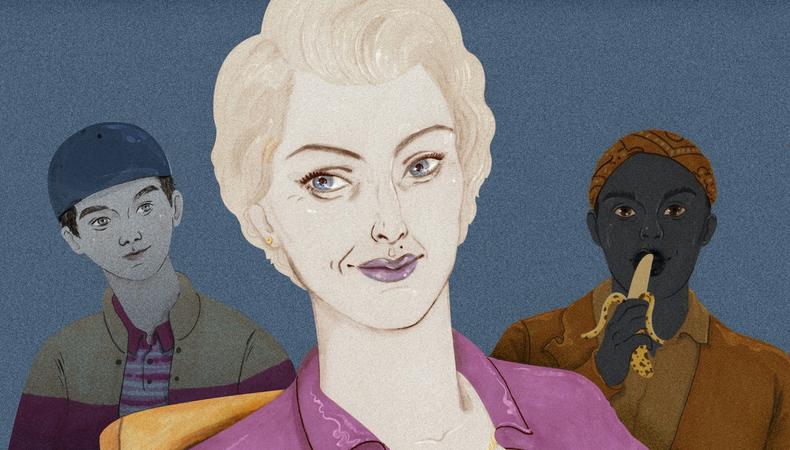 For those who miss the ’80-era coming-of-age stylings of John Hughes, Netflix’s “Sex Education” hits that sweet spot of teen raunchiness and heart. The U.K.–set series from creator Laurie Nunn is led by Asa Butterfield and Gillian Anderson playing son and mother Otis and Jean Milburn (the former a precocious, socially awkward teen, the latter an in-your-face sex therapist). But it also boasts an extremely watchable cast of mostly first-time TV actors. The sex-positive dramedy follows the unlikely duo of high school outcasts Otis and Maeve (Emma Mackey) as they create a sex therapy operation to advise their classmates and earn some cash. It’s no surprise that the cast hits all the right notes—Lauren Evans, the CD in charge, counts the show as her first solo operation after six years working with casting legend Nina Gold (“The Crown,” “Game of Thrones”). If “Sex Education” is any indication, U.K. actors and beyond can look to someone new to help them get their start.

Describe the casting process for “Sex Education.”
CDs often have lists of people in our minds for roles, actors we have followed for years. When looking for actors in their late teens and early 20s, we don’t have that luxury, unless it’s someone like Asa, who has been acting for years. We wanted to find an eclectic ensemble that felt fresh and diverse. The auditions were fantastic. I would laugh all day even after reading the same scene multiple times, and I resigned myself to covering my face with the script. This was definitely the case with Connor Swindells’ audition for Adam. I had met Connor when I auditioned him a few years prior and really liked him but had never seen him do comedy. He was the first person I taped for this role, and it was one of the best tapes I have ever done.

Did most of the cast have to audition for their roles?
Most of the series regulars auditioned a number of times. There were initial rounds with me, callbacks, and chemistry reads. It was so important for the chemistry to look natural. We started with the conventional route, [of] actors represented by theatrical agencies. But then we looked further afield to include National Youth Theatre, drama groups, and swim clubs—specifically for Jackson’s role [which went to Kedar Williams-Stirling]. I believe that it is important to think outside the box, especially when looking for young actors. After a big session, we printed out photos of those who had met that day, placed them on the floor, and tried different combinations. I like to think we were open-minded; we took chances. We met with people who hadn’t done anything and on the advice of good agents…. We enjoy tracking the National Youth Theatre and drama school graduates. We often contact drama groups, youth clubs, schools, and colleges. I’ve been known to approach people on the street if I feel they suit a specific brief.

Was it intentional that this was many of the actors’ first major gig?
It just worked out that way. I still can’t believe actors as fantastic as Emma Mackey and Aimee Lou Wood had never done screen before. Ncuti Gatwa is an amazing actor and his career thus far consisted of mostly theater. I am very lucky they hadn’t been “discovered” before.

What went into casting the adult and teen combinations in the cast?
Each parent and child combination had its own requirements. Connor was cast fairly early, so we tried to make Mr. Groff lists with him in mind. It’s great to find an aesthetic link, but ultimately it has to be about the acting. Their relationship is so layered, and it takes a special man to deliver that nuanced performance. Enter Alistair Petrie. He left the casting room and we all looked at each other and thought, Not only is he fantastic, they also look alike!

The series deals with what some people might consider sensitive subject matter. How did that factor into the casting process?
We had to be transparent from the start about the content of the show and the way in which it would be filmed. We gave every auditionee a copy of the first episode so they were aware of the subject matter. We gave each actor enough time to consider the material and character brief before they came in, and we didn’t pressure anyone to meet [with us].

What advice do you have for auditioning actors?
Relax! The process is so much more enjoyable and successful if you don’t place too much pressure on yourself and the situation. We are here to help and facilitate a good audition, so work with us.

What advice do you have for young and early career actors?
First, be yourself. Talk about things other than “industry talk.” I’m very keen to hear about people’s cats and wacky families. It’s nice to get a glimpse of the person who will turn up to set should they get the part. Prepare well. Read the entire scene, not just your lines. The stage directions are often there to help your performance. If something in the scene confuses you, ask questions. We’re more than happy to help where possible. I’ve often encouraged young actors to tape themselves at home so they can watch their performance. They need to develop an understanding of what works onscreen and adapt their style of delivery.

What can an actor expect from auditioning for you?
I try to make it as relaxed and informal as possible. Most actors get nervous before each casting, so I try to dissipate that as best I can. I try to prep the scenes well so I can give them something to play off.

What makes an actor memorable in an audition?
I remember a conversation as we walk to the taping room as much as an audition, so just be yourself. No audition is wasted; we’re constantly thinking of other things you might be suited for.

What shouldn’t an actor do in an audition?
Actors shouldn’t be rude or abrupt, even if they’re having a bad day. Don’t dismiss the direction or challenge it, as it’s usually a request from the director, producer, writer, or someone else on the production.

Want to get cast on a Netflix series? Check out Backstage’s TV audition listings!

Elyse Roth
Elyse is a senior editor at Backstage, where she oversees all casting news and features content, including her weekly casting director Q&A series, In the Room. She came to New York from Ohio by way of Northwestern University, where she studied journalism, and now lives in Brooklyn. She might see and write about awards-worthy films, but Elyse still thinks “Legally Blonde” is a perfect movie and on any given night is probably taking in some kind of entertainment, whether it’s comedy, theater, ballet, or figuring out what show to binge next.
END_OF_DOCUMENT_TOKEN_TO_BE_REPLACED