New Musical From ‘Be More Chill’ Creator Coming to Broadway 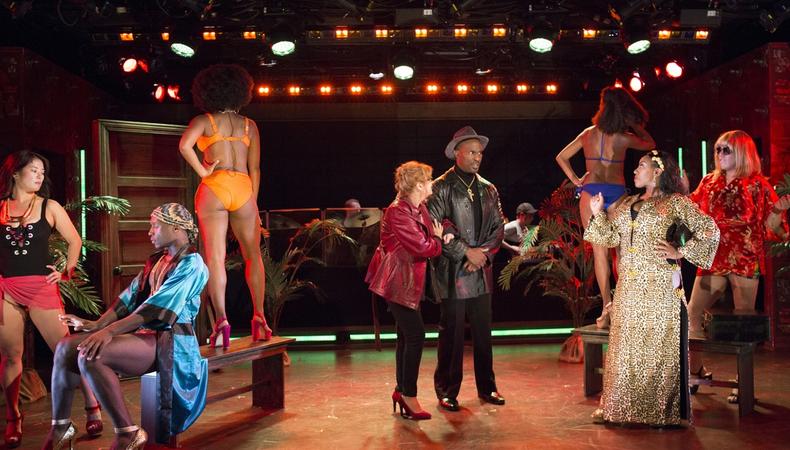 Permission to lose all chill.
Joe Iconis, whose musical sensation “Be More Chill” is currently in Broadway previews, has another musical coming down the pipeline. Iconis’ “Broadway Bounty Hunter” will open Off-Broadway on July 9, beginning a 10-week limited engagement. Running at Greenwich House Theater, the musical comedy will star SAG Award winner Annie Golden, and be directed by Jennifer Werner. Iconis, in addition to the score, has co-written the book along with Lance Rubin and Jason Sweettooth Williams.

Who’s heading to “Oklahoma!”
The reinvented “Oklahoma!” revival, which begins performances on Broadway at Circle in the Square March 19, has announced its complete ensemble. The entire cast from the Off-Broadway production—which ran this past fall at St. Ann’s Warehouse—will transfer to the Main Stem, including Rebecca Naomi Jones, Damon Daunno, Mary Testa, Ali Stroker, James Davis, and more. The chamber production, directed by Daniel Fish, plans to play a limited engagement.

Roundabout stacks its Off-Broadway slate.
Roundabout Theatre Company has announced three new Off-Broadway productions for its Harold & Miriam Steinberg Center for Theatre, all running in 2020. First will be “72 Miles to Go,” a world premiere by Hilary Bettis, followed by “...what the end will be,” a Mimi Commission Play for Roundabout by Jiréh Breon Holder, and then “Darling Grenadine,” a new musical with both book and score by Daniel Zaitchik. Casting for all three productions is to-be-announced.

Shoshana Bean clocks back into Broadway.
Shoshana Bean, who has long stayed away from the Broadway stage in lieu of her career as a recording artist, has lined up her return to New York theater. The “Wicked” alum will play the title role in Sara Bareilles’ long-running hit “Waitress,” beginning performances March 18. She will play a limited engagement in the tuner through May 12.

The children are en route to New York.
Following its hit run in the West End, Stephen Unwin’s “All Our Children” will make its way stateside this spring. Starring Tony winner John Glover, the Off-Broadway run will begin performances at the Sheen Center for Thought & Culture April 6. Ethan McSweeny directs the drama, which is set amidst Nazi Germany in 1941.

Casey Mink
Casey Mink is the senior staff writer at Backstage. When she's not writing about television, film, or theater, she is definitely somewhere watching it.
END_OF_DOCUMENT_TOKEN_TO_BE_REPLACED