Why ‘Pose’ Has One of the Best Acting Ensembles of 2019 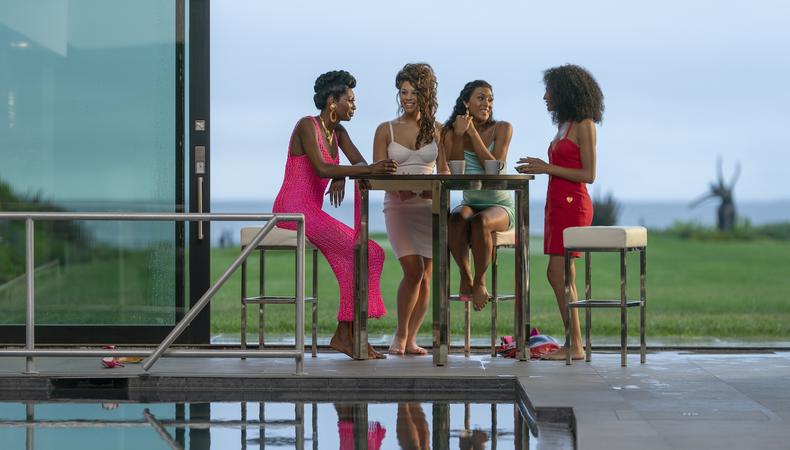 The success of “Pose” lies in its ability to be multiple things at once. Yes, it’s a record-breaking, trailblazing ensemble series that paints a detailed picture of New York City’s 1980s ballroom world. But it’s the series’ hyperfocus on its characters, played by a cast that for the first time in scripted TV history includes multiple transgender women of color, that makes “Pose” feel intimate despite the crowd. And damn, is it a crowd: the looks, the struts, the vogue-the-house-down slays. The FX drama from Ryan Murphy, Brad Falchuk, and Steven Canals is cast by Alexa L. Fogel—from the top of the call sheet down to the unnamed extras—to near perfection.

As Blanca Rodriguez, matriarch to her adopted family dubbed the House of Evangelista, Mj Rodriguez brings a tenderness to her mothering of poor, queer kids of color in Manhattan. But she isn’t all soft edges; in crisp focus are the anger, sadness, and desperation that make Blanca such a compelling centerpiece for this series. Making up the rest of the Evangelista clan are Indya Moore as trans sex worker and aspiring model Angel, Ryan Jamaal Swain as burgeoning dancer Damon, Angel Bismark Curiel as wily Lil Papi, and Dyllon Burnside as the resourceful Ricky. The chemistry between them as a makeshift family is tangible, with each bringing their own essence to the already well-formed dynamics of the show.

Meanwhile, the deliciously wicked Dominique Jackson plays Elektra, the cutthroat mother leading their rival House of Abundance, the ying to Blanca’s yang. Where the former prioritizes securing her chosen children’s lasting success outside of the ballroom, Elektra lives to serve only her ego. Yet her dominance over her children (Angelica Ross, Jeremy McClain, Jason A. Rodriguez, and Hailie Sahar among them) changes to believable submission outside of the balls, showcasing how Jackson does, indeed, have the range.

Coming in swinging and never letting up is Billy Porter as sharp-tongued ballroom MC Pray Tell, a veteran of the scene who’s fighting his own battle with HIV. The Emmy winner has several standout moments throughout the show, including the heartbreaking realization of his status, and, later, a hospital musical performance alongside Rodriguez that reminds us why the theater veteran is one of 2019’s biggest stars. And the Season 2 opening had us in tears as he and Rodriguez pay their respects to a deceased loved one on Hart Island before making the rounds from one funeral to the next.

Big-picture issues like gay rights, drug abuse, and the HIV/AIDS epidemic are woven throughout the series, but the true baseline of “Pose” is the group of people for whom its creators grant us the space and time to get to know. Despite nearly a dozen actors appearing in almost every episode, their intimate storylines push the real substance of “Pose” beyond flashy voguing and costumes. Gaudy in just the right places, the series is heartfelt without being saccharine, meaningful without being didactic. “Pose” is something to be celebrated; it stands out in the growing landscape of prestige TV as a source of joy and entertainment. By the end of it, you’ll be wanting to do all of the things the show breathily demands of its audience at the top of every episode: Live! Work! Pose, baby!

Briana Rodriguez
Briana is the Editor-in-Chief at Backstage. She oversees editorial operations and covers all things film and television. She's interested in stories about the creative process as experienced by women, people of color, and other marginalized communities. You can find her on Twitter @brirodriguez and on Instagram @thebrianarodriguez
END_OF_DOCUMENT_TOKEN_TO_BE_REPLACED