What Is a Post-Production Supervisor? Job Description, Salary, Responsibilities + More 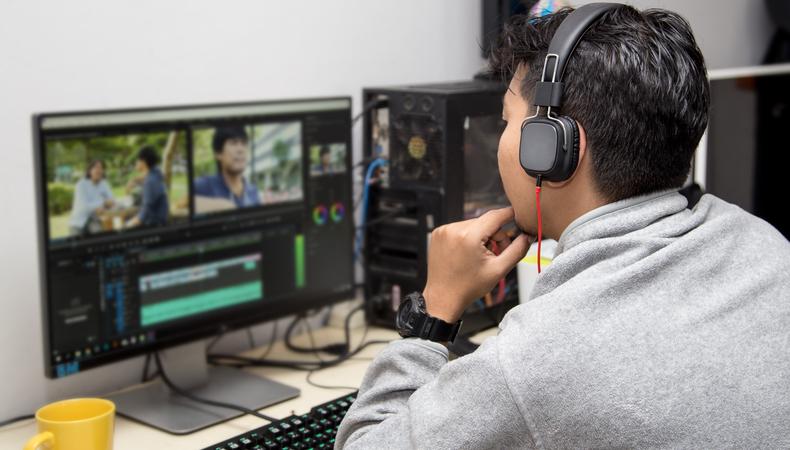 The post-production supervisor is responsible for supervising the post-production process: pulling the final project together, making sure deadlines are met, overseeing reshoots and visual effects (particularly to make sure a project doesn’t go over budget in the editing process), editing, printing, delivery, and maintaining communication between producers, editors, and companies work has been outsourced to (like film labs, FX studios, etc.). Ideally, they will also consult with the team about expectations and budgets during in pre-production.

Simply put, the post-production supervisor is the one who ties it all together down the assembly line. “We make sure everything happens when it needs to because a lot of post-production…unfolds in a domino effect, so certain things need to happen before something else can happen,” Sheryl Benko (“Inglourious Basterds,” “Chef”). “You have to keep all of the pieces moving together in concert to get to the finished product.”

The post-production supervisor is both the last and everpresent stop in the filmmaking process. According to Nancy Kirhoffer(“Memento,” “50/50”), “I basically take over from the line producer. My job is to get the film through post-production. I oversee the editing, sound, music, and I make sure it’s delivered.”

(Post-production supervisors do not belong to a union.)

How to Become a Post-Production Supervisor

Many post-production supervisors first climb the ranks in a single post-production department, such as video or sound editorial. Not only does this get you in the door, it also allows you to become very familiar with one of the post-production aspects you’ll one day oversee.

In terms of education, a degree in film with additional technical training is a valuable step to take, although studies in management and/or accounting will also be beneficial. It’s not a necessity to be a master in all of the different areas of post-production, but an understanding of each will be required, and if you can master one area, your chances of getting in the door are better, especially if you stay up-to-date with the way the industry and technology are changing.

30 Films Schools You Should Know

Overall, a post-production supervisor requires you to be an expert in multitasking, organizing priorities, and especially problem-solving. According to Bill Wohlken (“Green Book”), “it’s a lot of plate spinning. You’re dealing with managing creative people in a creative environment, but it all comes down to money and time.” Part of that plate spinning will require you to understand how to plan and budget through film budgeting software, such as Movie Magic Budgeting and Gorilla.

Above all, considering a post-production supervisor has to move from department to department and facility to facility to make sure the product gets finished on time and within budget, excellent communication skills are a must. Not to mention excellent negotiating skills— how else are you going to get producers, finance companies, and studio executives to all agree?