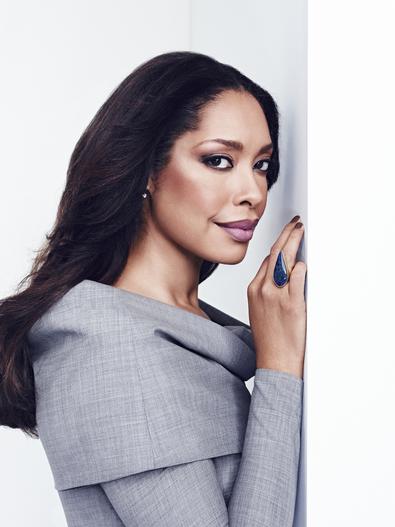 The “Suits” and “Hannibal” star opens up to Backstage about soap operas, Madeleine Stowe, and the moment she found her voice—in an audition room.

Tell us about your latest projects.
I’m in the middle of an arc on “Revenge.” It’s fantastic. I’ve primarily worked with Madeleine Stowe, and I’ve been a fan of hers for quite some time. It’s so wonderful when you meet someone whose aesthetic matches up and you get to work and play. That’s been quite fun. Never did I think I’d be working with Madeleine Stowe on a nighttime soap. And I love nighttime soaps!

What have you learned about yourself on “Revenge”?
That I love the work more than anything. I love however it comes. I love doing the nighttime soap, the emotional, psychological, hard stuff that I got to tackle on “Hannibal.” I love the chess game that I do on “Suits.” I just love every bit of it and that I get to do it.

Who do you have an acting crush on?
Other than Madeleine Stowe? Wow, there are a couple people out there. It’s hard right now; I have a 7-year-old daughter and I’m working, so I haven’t seen a grown-up–person’s movie in a long time! I’m so behind, it’s really embarrassing. Eddie Redmayne is fantastic. Cate Blanchett—always. She’s my forever crush.

How did you get your SAG-AFTRA card?
My first time on camera was “One Life to Live.” I mourn for actors coming up that the daytime soap opera is becoming extinct. It’s theater onscreen. And in soap operas you have very little rehearsal time! It’s you and your cast mates and a guy in a booth and a lot of pages of dialogue. You really have to rely on yourself to make your most truthful choices. You’re not coddled; there’s no babysitting.

What is your worst audition horror story?
I would say the most fascinating audition I had was for a musical. I was told to prepare a song. And we get out there, a group of girls, and they asked us to walk across the stage like a showgirl and walk back. It was the stereotypical scene from movies about auditions for musicals! There’s this disembodied voice coming from a dark theater and it’s telling you to do this and that. And I’m standing there thinking, You’ve got to be kidding me. I’m not really living this right now. They dismissed us and I wasn’t having it. And I walked down center stage and shouted over the footlights, “Excuse me! I was told to prepare a song—would you like me to sing?” “Oh! Yes, oh of course!” And I did. I don’t know where that came from but I just refused to be dismissed. I wouldn’t say I recommend that to people. I don’t want young actors to read this and go, “Well, Gina Torres did this.” I just thought, No, not today. It took a lot of work for me to get there. To prepare, to be ready, to be on time, to get on the NYC subway, change into my leotard—and I just was not in the mood to be dismissed. The moral of that story is, you choose your battles. And sometimes wonderful things happen. You find your voice.

So how do you typically prepare for an audition?
It depends on what it is, on how much is asked of me. Whether it’s a musical or a lot of pages of dialogue, it’s really just about time put in. And the subject—there are things I know very little about. And then other things where I feel I’ve got this. Like, I’ve been working up to this chick for a long time! I’ve been doing it for a while, so my well is deeper and I can read something and figure out what’s required.

Which of your performances has left a lasting mark on you?
Recently there are two. Certainly Bella Crawford on “Hannibal.” I went on such a journey with her in her sickness and how Bryan Fuller wrote her so beautifully, with so much grace and integrity. I just wanted her to be an homage to all the people out there who are dealing with illness. And my character on “Huge” on ABC Family five years ago. I learned so much about that world and the dysfunction of overeating and it was a real eye-opener. I had so many hopes for that show; it didn’t survive, but I think we did make an impression on those people that did watch it.

What do you wish you’d known before you started acting?
I don’t think I would change anything. There is that thing where you can learn rather quickly or not at all: Losing a job is not the end of the world. Your job is the one you get! You don’t get somebody else’s job, and nobody gets yours. Nobody took your job. They just got theirs.

Jack Smart
Jack Smart is the awards editor at Backstage, where he covers all things Emmy, SAG, Oscar, and Tony Awards. He also produces and hosts Backstage’s awards podcast “In the Envelope” and has interviewed some of the biggest stars of stage and screen.
END_OF_DOCUMENT_TOKEN_TO_BE_REPLACED