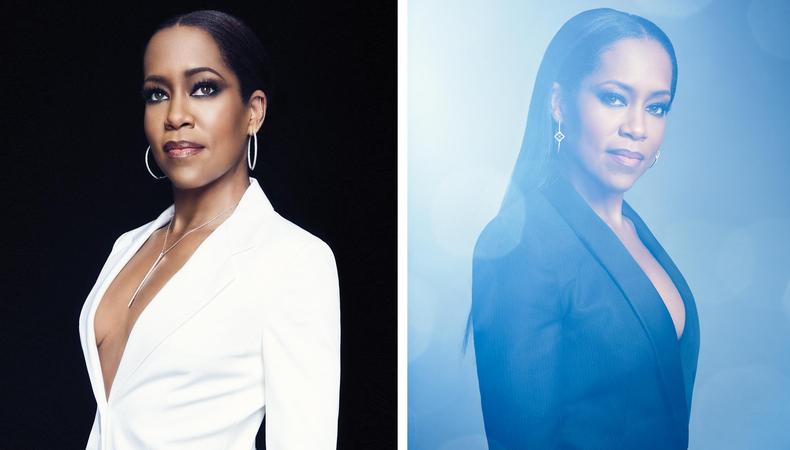 Good acting is always personal. As newly minted Oscar winner Regina King says, the very best actors do more than just analyze and present the material on the page; they put their own hearts and souls into the performance.

“I believe as an actor, that’s kind of what you do,” King says in an interview with Backstage. “Although a character is not you, it’s kind of your job as an actor to find a bit of you in that character because that’s what allows you to play it honestly. I know it sounds crazy, but you could even be playing a murderer—finding something in there that you can connect to, that you the actor can connect to, that’s what our job is.”

In doing that job, there’s of course a spontaneity in approach that’s required of each role, but King doesn’t blame actors who cull on their own “bag of tricks” to get them to where they need to be. Even after an Oscar, a Golden Globe, and three Emmys, she admits to her own bag, too! “We all have our things that we lean on when we’re in a corner and we don’t know how to work our way out of a scene,” she says. “We have those little quirks that you do, whether it’s rubbing your ear or whatever. All actors have it—if they say they don’t, they’re lying.” One tool in King’s bag? A deeply fleshed-out backstory for her characters.

“It may not necessarily be talked about or discussed on-camera or in the dialogue, but for every character I’ve played, there’s a backstory: who their parents were, were they college graduates, where they grew up. All of those things help to inform what whoever I’m playing will or won’t do,” she says. Bits of that backstory are then fine-tuned after research on their profession, hometown, and more. “There’s no such thing as being too prepared. There is such a thing as over-rehearsing, but not being too prepared as far as building the backstory.”

Even when armed with a collection of defined, tried, and true practices and tricks, however, acting can still be vulnerable, even scary. “We’re out there naked,” she says. “Our armor is our wardrobe and our wigs or whatever, but it can be terrifying sometimes. I would say to actors just starting: Terrifying is good ’cause it means you really want it and it means that you are open.”

King also wants actors to know, when they get insecure about their perceived shortcomings, that everybody feels that way at one point or another. It’s time for you to get out of your own way.

“You’re not the only one that’s terrified,” she assures. “When I was younger, this feeling, whether it was being not pretty or not good enough of an actor or not having the vocabulary to express something or being the only black person or not being light enough—everybody has their group of those things, too. They may be different, but that thing that makes them scared about walking out there and walking that tightrope, we all have that. And I just think when you’re younger, especially as an actor, you kind of think you’re the only one. Especially when one of your friends or classmates keep booking something and you’re not getting shit, you know?”

But it’s especially during those times when you find you’re comparing yourself to others that you can’t doubt yourself. Don’t give in to fear and insecurity. “We send ourselves on this whole thing of, ‘I’m not good enough.’ I mean, look, I’ve been lucky,” King adds. “I’ve worked most of my life from the time I started working. But there was a little time in between ’227’ and ‘Boyz in the Hood’ where I didn’t work and I couldn’t even get an audition. That did a number on my head. And now in hindsight, talking to other people that are successful, that have experienced success in their 30s and 40s, everybody felt like that before. You’re not the only one. And [you’ve gotta] believe that that opportunity is going to come, you’ve gotta make that opportunity happen. Get out here and do the footwork to make that happen.”

Want to have a career like Regina King? Stop being scared! Check out Backstage’s TV audition listings!

Benjamin Lindsay
Benjamin Lindsay is managing editor at Backstage, where if you’re reading it in our magazine, he’s written or edited it first. He’s also producer and host of a number of our digital interview series, including our inaugural on-camera segment, Backstage Live.
END_OF_DOCUMENT_TOKEN_TO_BE_REPLACED