The 4 Rules of Travel 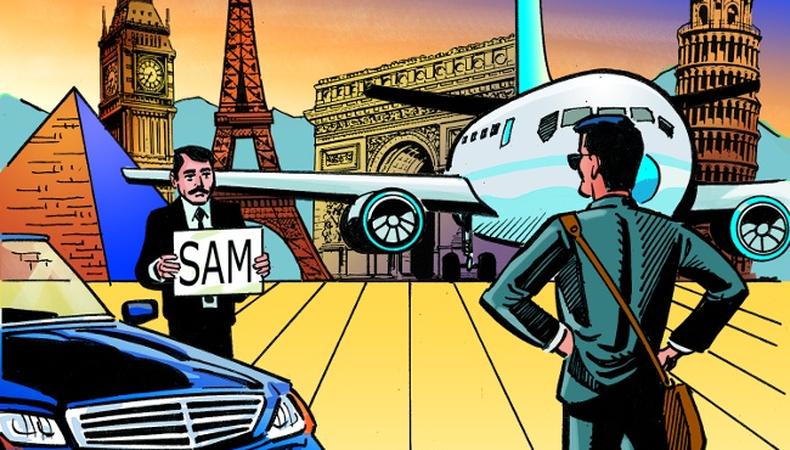 One of the great disappointments of my life is that I chose a profession that forces me to live in just one city—two if I count New York. (I don’t because it gets really, really cold there. It’s the difference between King’s Landing and being north of the Wall.)

I say I’m disappointed because I love to travel. I’ll go anywhere: Paris. Tulsa, Okla. It’s all the same. I just like being around new people in new places. It would be so much fun to move from town to town. But sadly, I’m destined to live in a city that will one day fall into a massive fault line.

That’s why I’m secretly jealous of my clients; getting paid to travel is one of the greatest perks an actor can enjoy. Imagine booking two weeks on a film that shoots in London. The schedule shows you’re only working on five of those days, so you get to spend your downtime exploring a beautiful European city, using per diem to pay your way.

At some point all working actors land a job that involves going on location, so let’s go over some of the ground rules. When a production company hires you to work out of town, there are four expenses they must cover:

Transportation. This is the cost of airfare, and your flight will be business class when available and first class if not. There are a few exceptions to this rule. Production can travel you coach if it’s a domestic, nonstop flight under 1,000 miles. They can also use coach on nonstop flights between L.A. and Vancouver, B.C.

I’ll never forget the time I booked an actor on a studio film shooting in Morocco. Production made a scheduling error and had to upgrade him to first class. The guy couldn’t believe it. He was spoiled for life.

Ground Transportation. This means they have to send a car to pick you up at home and drive you to the airport. They also need to arrange for a car to meet you at your destination. Additional ground transportation costs involve getting you from the hotel to the shoot and back.

I once had a client ask the driver who met her at the airport for the sign with her name on it. She wanted a souvenir from her first time working on location.

Accommodations. This is the hotel where you’ll be staying. The bigger the production, the nicer your room will be. And they’ll usually put you up at the same place as the rest of the cast—major stars excluded. They get to stay in secret hideaways, surrounded by angels and pixie dust.

Per Diem. This is the cash you’re handed every day so you can afford to feed yourself when you’re not eating on set. The minimum is $60. According to the union, that number breaks down to $12 for breakfast, $18 for lunch, and $30 for dinner. Some productions offer more but if they don’t, your agent can always negotiate for more.

I remember booking a know-it-all actor from Yale on his first location shoot. The kid asked how often he would be receiving per diem. I told him to take a Latin class.

Getting paid to travel to all kinds of locations is one way the industry makes up for all the crap you have to endure when you’re just starting out. So enjoy your time in a foreign land, even if that land is New Mexico.

Next week, I’ll explain how local hires work and why they’re not everything they’re cracked up to be.