How Santino Fontana Sings as an Alto in Broadway’s ‘Tootsie’ 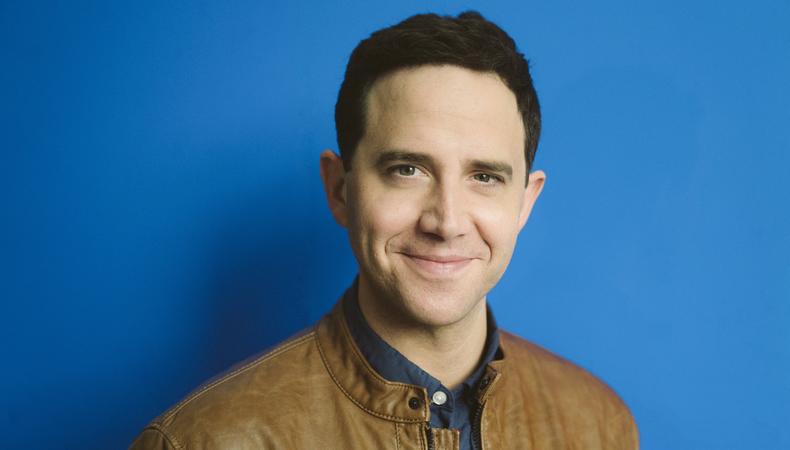 Watching Santino Fontana bring both Michael Dorsey and his fabricated female self, Dorothy Michaels, to the Marquis Theatre eight times a week, one can’t help but feel that few (if any) could do the role justice quite like the two-time Tony nominee. Playing the central struggling actor who, in an act of desperation, dons drag to book a coveted role in a musical sequel to “Romeo and Juliet,” Fontana pops up to Dorothy’s alto with aplomb and imbues her with enough depth and heart to make up for Michael’s lack of it. Fontana recently sat with Backstage to discuss re-creating the role from Dustin Hoffman’s original 1982 screen performance, his tips for vocal health and theater actor stamina, and more advice for actors to break big without pulling such a low-blow stunt.

“Tootsie” gave him room to create a Michael and Dorothy separate from the film.
“The great thing [is the movie is from] 37 years ago, and that script is wildly different from ours. The premise is the same, and I think people who love the movie who come to see the show will feel like we’ve taken the spirit of the movie and also the main conflict, that this is an actor who’s pretending to be someone he’s not and falls in love in the process—that’s the show. And I think people will feel like it does feel like the movie, and yet, it’s updated and also a completely different medium. There’s so much you can do in a movie just visually that would never work onstage.”

A singer has to know—and listen to—their body.
“[With] a long run, you’ve gotta prevent the snowball. So if something starts feeling weird one day, you’ve gotta deal with it that day or it’s gonna turn into a bigger thing the next day. And it’s taken me a long time to learn that and to kind of tap into what that is. But you just take care of yourself, you know your body, you know your instrument, and you continually work at it. I can go through my career of just doing long runs, and I know so much more now than I did at the beginning, and I wish I could’ve told myself, ‘Save yourself on that.’ ‘Don’t kill yourself here.’ ‘Don’t do that.’ The only answer to that is just know yourself as well as you can.”

Stage acting is about putting your life in someone else’s hands.
“I put my entire life on the other person’s shoulders, regardless—they don’t have a choice. So that’s gonna happen. Everybody’s listening to each other. Especially in this show, there are so many things that we’re all having to be aware of, and you just know that you have each other’s backs, that we’re in this together. It’s too hard to do alone. So I put my life in their hands, and I know that they’re putting theirs in mine. That’s the deal.”

Rejection is just someone’s opinion.
“In a weird way, the radical acceptance of how insane this business is is not logical, it’s just not. And the lifestyle of an actor or anyone in the arts is not only not logical, but we’ve been trained—especially in this country, you get into this idea of: high school, college (maybe, it’s up to you), get a job, get married, have children (maybe), die, it’s over. That’s not the boat we’re in. So we won’t have one employer our whole lives, and there are a lot of people in this country who do, so we’re constantly fighting against this paradigm that is just not built for us. But I think you handle rejection by being aware that everybody’s being rejected…. The throughline is the passion, and the love of doing it is the thing that gets you through. And then the rejection, it’s just somebody’s opinion.”

Benjamin Lindsay
Benjamin Lindsay is managing editor at Backstage, where if you’re reading it in our magazine, he’s written or edited it first. He’s also producer and host of a number of our digital interview series, including our inaugural on-camera segment, Backstage Live.
END_OF_DOCUMENT_TOKEN_TO_BE_REPLACED