12 Secrets to a Successful Callback 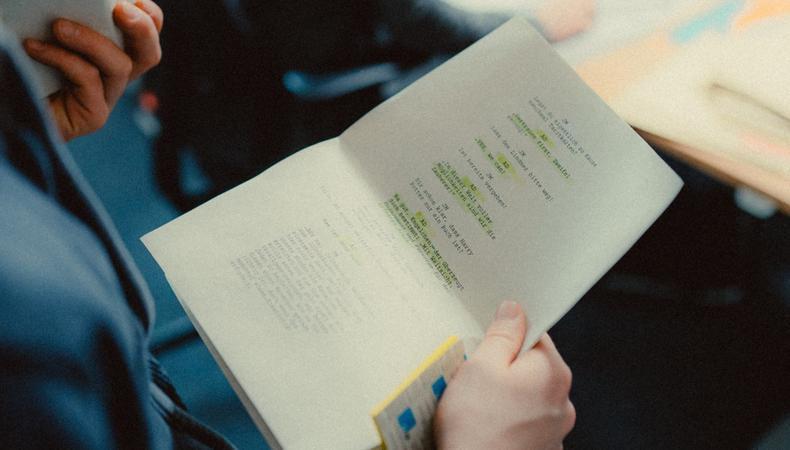 Got a callback? Great! Now you are one step closer to booking the job. The casting director liked your acting performance, and now they want to put you in front of the decision-makers. Party time! But before you pop the champagne, shave your head, get a spray tan, hire an accent coach, and post about your impending fame all over social media, here are a few things to remember to make sure your callback audition lands you the role.

1. Don’t change anything.
If it ain’t broke, don’t fix it. Do exactly what you did in the first audition and wear exactly the same outfit, whether it’s for a film, TV show, theater production, or a commercial. The casting director brought you back because your type and performance worked for the character and for the tone of the show. Unless you are given specific notes for the callback, do the exact same performance when you come back in.

2. Be open to adjustments.
Don’t get locked into your choices. In a callback, the director, producer, and creative team may have you take an adjustment and try the scene a different way (to see how “direct-able” you are). Leave room in your performance for spontaneity.

3. Read the whole script.
At a callback, often times a director will ask you what you thought of the script. If you have access to it, by all means, read it. It will inform your performance and perhaps bring out a backstory of which you weren’t aware.

4. Make sure you have updated sides.
This happens far too often, as scripts are constantly being updated with new drafts. When you show up, absolutely make sure you are reading the right script, mainly to avoid that moment when the scene starts and you and the reader are awkwardly staring at each other because you think the other person has the first line. (I’ve been there.)

5. Be ready for a last-minute cold-read.
In a callback, they are trying to cast as quickly as possible, and they may want to see you read a different part on the spot (especially for an episodic producer session, as they have to cast many parts). Be ready to make some quick choices.

6. Know the tone of the show.
If you haven’t already done so at this point, make sure to watch a clip of the TV show before the callback so you fully understand the tone and style of the acting.

7. Be nice to everyone.
Word gets around. If you are rude to the assistant, everyone in that callback will hear about it. No job for you.

8. Be on time.
Callbacks sometimes require pairing actors together for chemistry reads, and it’s very important that actors show up on time, as the casting director has carefully crafted the callback session. Plus, it’s professional and shows that you take your career seriously.

9. Allow yourself to make mistakes.
Mistakes are fine and normal. Yes, it’s a callback, and your anxiety is higher. However, this is where you show them that you are a pro. If you mess up a line, just stay in character and move on. All will be forgiven.

10. Be confident.
If you are freaking out, walk in that room like you own the place. This is where you get them to trust you, and believe that they can put you on set the next day and you won’t crack from all of the pressure. Act like you deserve to be there. If you don’t believe in yourself, nobody else will.

11. Be proud of yourself.
You are one of the few that got an actual callback from potentially thousands of agent submissions. You made a fan of that casting director, and if you don’t book this job, chances are they will bring you in for everything you are right for if they like you.

12. Let it go afterward.
This is huge. You did the best you can. Now let it go and move on. I always tell actors to throw out their scripts in the waiting room before they leave so they don’t go home and obsess about it. At this point, it’s out of your control.

Matt Newton
Matt Newton is one of the most sought-after on-camera acting coaches in New York City. His clients include Tony winners, Emmy award winners, Golden Globe nominees, and well-known actors from film and TV.
END_OF_DOCUMENT_TOKEN_TO_BE_REPLACED