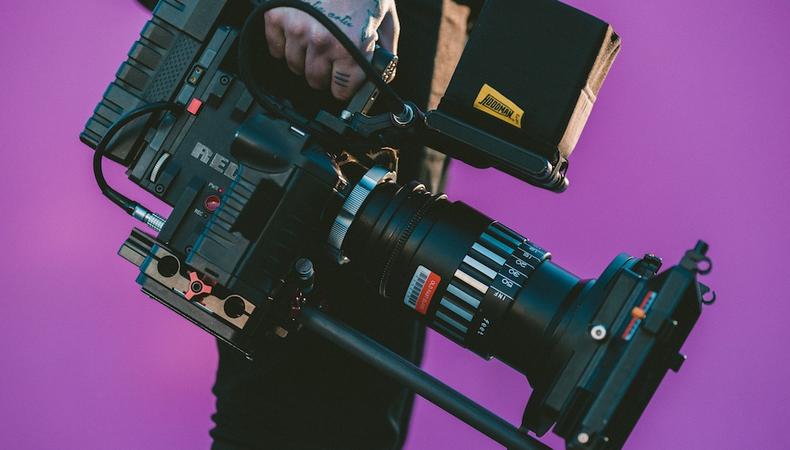 As a producer, I’ve found there are many terms used on a film set that are beneficial to know. Even if they don’t specifically refer to your work as an actor, knowing them will help you better understand what is being discussed around you. Below, I’ve defined 10 key on-set film terms—from “last looks” to “call sheet”—that are essential to navigating your time on set.

On a budget sheet, there are individuals who contribute to the direction and narrative of a film. “Above the line” refers to these people and any expenditure related to them. Examples include screenwriter, producer, director, casting directors, and actors, among others. These are the most expensive line items, and this is the area that can make or break a movie in terms of the quality of the leaders.

On a budget sheet as well, “below the line” refers literally to the “line” that separates the actors, directors, producers, and writers from the remaining on-set crew. This is where your team resides as well as every aspect related to it, from food and fuel to parking and wardrobe. Where “above the line” could be considered the upper management, “below the line” would be the team players themselves.

In setting up a scene, an actor’s moves need to be worked out in relation to the camera. “Blocking” refers to the working out of these details. An analogy would be choreographing a dance. It’s like planning and ensuring things like the actors, extras, crew, and equipment are all moving in harmony with each other. It’s to make sure that the above-the-line guys and the below-the-line guys are all on the same page. It also gives the script supervisor a point of reference for continuity on how things are supposed to go, which can alert them if something strays too far from it.

This refers to the team of individuals who are involved in shooting the sections of the film that are of primary importance, typically scenes involving actors or the stars of the film. In large productions, there would typically be a first and second unit.

There is another team responsible for shooting supplementary footage. When there’s a lot to get done it can be more efficient to have a second team shoot at the same time the first unit is shooting. While the first unit handles primary shots, the second can take care of elements like horses trotting through a field, people walking in the streets, or establishing shots.

READ: Everyone You Should Know On Set

Based on the director’s shot list, the assistant director will put together a schedule that's given to the cast and crew. It lets them know where and when they will be needed on set on any given day of filming. It’s called a “daily call sheet.” It also contains things like what’s being shot, the nearest hospital, and the weather forecast.

At the end of each day of shooting, the footage is assembled for the director and other staff to view each night. The purpose of “dailies” is to ensure what was shot does not contain technical issues. They are also used to get a feel for the pace of the movie, how things are going in general, what’s working and what’s not, and to monitor the overall structure.

This is a safety term used by grips to let those nearby know they are carrying some equipment, like a light stand for example with its tip pointing forward. It can also mean some heavy equipment in the vicinity that could be harmful or dangerous.

This refers to the casts’ hair and makeup. It’s used to indicate that the scene is about to be filmed and that if any final touch-ups are needed, now is the time to do them. And although it’s technically intended for hair, makeup and wardrobe, it is also a signal to the entire crew that everyone needs to ensure everything is in its proper place.

This is a viewing area for directors and other production personal. It contains monitors, chairs, and the like where the crew are able to see what the cameras see. Sometimes talent will sit here in between scenes as well, or executives to see how the overall production is going. And it’s where the script supervisor lives.

Sevier Crespo
Puerto Rican-born Producer Sevier Crespo has worked with such Hollywood heavyweights as Michael Mann and Jerry Bruckheimer. He studied production at UCLA and has since gone on to work with such global brands as Adidas, Coca-Cola, Nike, Marlboro, Mitsubishi, NBC, and Netflix.
END_OF_DOCUMENT_TOKEN_TO_BE_REPLACED