Blocking in Theater: a Guide 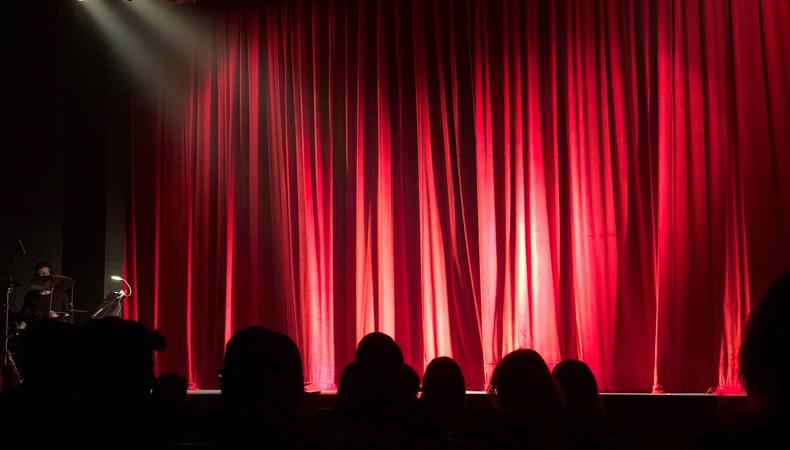 As a general theater major at the University of Michigan, I learned to do a lot of different theater jobs: stage managing, acting, sound, and lights. But chances to direct were rare. Even when I taught theater in public schools, I wasn’t able to direct. There was always someone else doing the job. Someone who had been doing it for years.

When I finally had enough of teaching, I left to start my own theater company so I could direct at last. What I discovered was that, despite my theater degree and years of teaching, I still had a lot to learn. After attending a performance of the first play I directed, my husband (also a theater major) noted that there was a lot of “clumping”—a non-theatrical term meaning I had too many people grouped together without any clear reason for the grouping.

Now, 14 productions later, my husband no longer sees clumping. I’ve learned a lot about what to do (and what not to do) with people onstage. While much of directing is knowing the characters, story, and script, there are some specific things about blocking to take into consideration as a theater director.

What is Blocking in Theater?

“Blocking” refers to how actors move and are positioned onstage. When you begin to block a play, the actors may tell you that the script says they have to do something. But that’s not necessarily true. The stage directions may give you a starting point, but trust yourself to venture away from the instructions in the script.

6 Tips for Blocking a Scene

1. Decide which parts of the stage you will use

The most powerful part of the stage, the place where you put the most important scenes, is downstage center. Pretty obvious, right? But you don’t want to put every scene there. Try to find ways to use the whole stage. Upstage center is the second strongest area followed by left and right downstage. Save upstage left and right for minor characters.

2. Know where you want the audience to focus

Use strategic blocking to ensure they’re looking where you want them to. The audience will pay more attention to someone standing than someone sitting. A character moving draws focus as does one on a higher level. If you have crowd scenes, watch that someone in the back isn’t pulling focus by moving around or mindlessly juggling the props.

Think about the “stage picture,” or how the stage looks as a whole. Do you want there to be a left-right balance? Balance can give the feeling that everything is okay. But if you put one person alone on one side of the stage and a group of people on the other, it gives the appearance of imbalance and that things are not right. The person alone is isolated from the group. You can also put something like a table between characters to show that there is a problem between them. Your stage picture can use visual metaphors in these ways.

You can have actors sit without moving for an important conversation, but just make sure it’s not so long that the audience will get bored. Find movement that is motivated and interesting, and talk with your actors about their motivation. The play will be more real for the audience if the actors understand why their characters do what they do. If a movement doesn’t seem real, talk with the actor and find out why he thinks the character makes the move. Of course, when that doesn’t work, sometimes I’ll say, “Go back and do it like a real person would.” That often does the trick.

I sometimes let the actors move as they feel is right, although when you do that you run the risk of letting the actors think they’re co-directors. If they’re good, trust their instincts—but in the end, let your own instincts prevail. I often do what I call “walking it,” where I take an actor’s place and run through a part of the scene to see what feels right for me. That usually gives me ideas of how to improve the blocking.

5. Pay attention to entrances and exits

You want to avoid logjams at the doors and the audience can clearly see who is coming and going. Don’t put important scenes behind big pieces of furniture. Even if the audience can see what they need to see, they’ll feel they’re missing something. Watch the play from every area of the house and keep in mind the audience’s sight lines when the house is full. For my first show, the stage was very, very low and the seats were on one level. I blocked an important scene with the actors kneeling on the floor. During the first performance, when I was watching from the back, I realized that no one but the people in the first rows could see that scene.

6. Above all, feel free to experiment

That’s what the rehearsal process is for. If something doesn’t work, change it and change it again, if necessary. Don’t get into your own head when you’re blocking. During my first few shows, I’d look at the actors who were watching me, waiting for some brilliant blocking, and I’d think, “What am I doing here? I have no idea what to tell them.” Relax and you’ll get it.

Trust yourself and remember what my first boss in New York City theater told me: “It’s not life or death. It’s theater!”

Catherine LaMoreaux
Catherine LaMoreaux is the artistic director of Dragonfly Multicultural Arts Center, a nonprofit community theater she co-founded with her daughter in 2014. Her degree is in theatre from the University of Michigan. She teaches high school acting and tutors in English.
END_OF_DOCUMENT_TOKEN_TO_BE_REPLACED