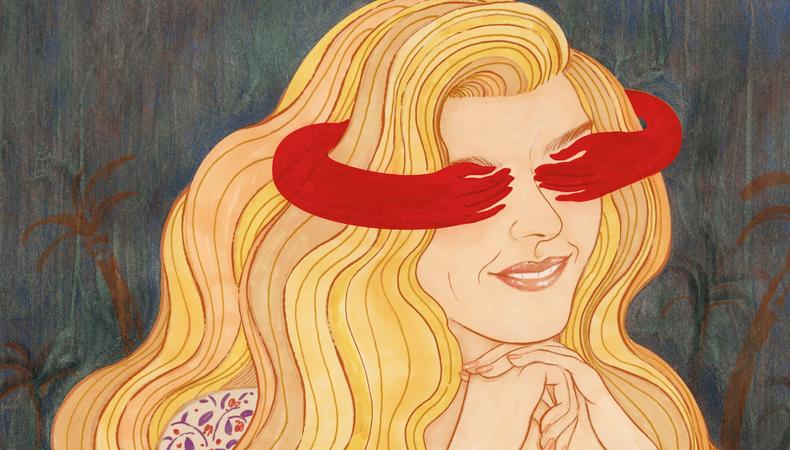 Linda Lowy might be best known today for her role as Shonda Rhimes’ go-to casting director, but Shondaland isn’t the only place you can see her work. Take Bravo’s “Dirty John”: She and John Brace joined the podcast-turned-drama series to populate the story of Debra Newell (Connie Britton), who falls for a man she met online only to find he’s not exactly who he says he is. Britton was already signed on to the project, so Lowy and Brace were tasked with casting Debra’s charming, “successful” boyfriend and her daughters, who saw the truth of the situation. Add in a slew of onscreen doctors, lawyers, flashback characters, and family members, and the casting team had to flesh out the true story
for television.

What were you looking for when casting the titular “Dirty John”?
Even though so many people already knew what the ending was going to be, we couldn’t cast somebody who had a screw loose, seemed mysterious, or had a darkness. We had to find someone who really projected honesty, who had a “great guy” vibe. This is the partner you’ve been searching for your whole life and there he is standing in front of you. You couldn’t think, Gosh, he’s weird, or, I don’t trust him—he had to present as trustworthy. We said no to people on the list who would telegraph what was going to happen. We wanted to start with a clean slate, so to speak.

What went into finding actors to re-create the real story?
We tried to keep the actors’ looks in the world of similarity. There were certain broad strokes that we followed. For instance, the actor who played the younger daughter had to be small. The whole point was that she ended up killing John against all odds. We also created a diverse world, whereas it might have not been as diverse in reality in terms of doctors and dates. A lot of viewers never saw the real people; they just heard them on the podcast. I never want to compromise the acting ability to get a double visually, so we tried to serve both worlds. We wanted the daughters to resemble Connie. John was a tall, strapping guy, so we probably wouldn’t have been able to cast someone who was under six feet tall. Casting something off of a podcast and trying to hit the mark of what people imagine was interesting, because, like with adapting a novel, people have only imagined these characters in their heads.

READ: ‘In the Envelope’ Career Advice From 14 Emmy Award Contenders

What qualities did some of these actors need to have?
For “Dirty John,” when it came to the daughters, it was important that they could handle the part. These are big, complicated parts. They had to be really good actors and they had to physically resemble the family.

In general, what advice do you have for actors?
Be yourself. When you’re working on material, don’t set it in stone before you get into the room; be loose. If you don’t act every day, if you don’t go to auditions every day (you might have an audition once a month or once every four months), you’ve got to stay loose in between. Work; practice your craft. I can always smell the fear, and I can also tell when actors are loose and working. Be yourself but also work on your craft in between all of these auditions. Get in class, get with a group of people, read plays, just do scenes with friends—whatever it is that you do. You’ve got to practice just like anything else. [If you do,] everything will be looser in the room and you won’t feel the fear as much.

Where do you like to look for new talent?
On the stage. I just came back from New York, and I saw eight plays. I do that about three times a year, but I also see theater in Chicago and London when I can. I’ve always been a CD who sees everybody who could be right for the part if I have the time and if the production has the time. We like to read a lot of people, and I always give people a second chance, too. If they weren’t right or they screwed up, I will always bring them back for something later on. We have big open doors in our office, and we love actors. We want to explore, because the more people we see for a particular role on a particular project, [that] will help us down the line with every project. We keep really meticulous notes so we can always go back to them. It’s helpful. And it’s [fun]. We love what we do.

READ: 20 Podcasts You Should Be Listening to as an Actor

What can an actor do to be memorable to you?
Show they’ve practiced it before. We don’t give actors very much these days. It’s not like they get the script. A lot of times they get sides that have been altered so they don’t end up on the internet. Many projects, we change the names of the characters they’re talking to so they don’t know which series regulars or what other people in the piece they’re even relating to. We don’t really help them very much with context or backstory, so when an actor comes in and has really created that for themselves, whether it’s right or wrong or needs to be adjusted or not, I’m always so appreciative. I always say, “That’s so interesting that you saw it that way, let’s use that but let’s do it again.” I like to play. The perfect union, so to speak, is that alchemy that happens between the person that actor is and the character on the page. When those two things marry each other and there’s this incredible magic in between, that’s what you want. Not everybody has a great backstory. Obviously, there’s not time to tell the nurse’s whole background or one of John’s dates’ whole background, so if the actor can bring their personality and fill in the holes and create something from the words on the page, that’s genius and I love that. I don’t like it when actors feel like they have to become somebody different; it feels unnatural. I like to see their personalities lay over the character on the page. If you bring a little bit of yourself with it, that’s what makes you unique and that’s why we called you in.

What can an actor expect from auditioning for you?
I like to direct them a little bit. I give people a lot of chances because I don’t know exactly what the director’s going to do, so we might do it a few different ways. Sometimes I say, “I can see why you rehearsed it that way because of how it’s written, but I’ve got a little intel from the director, so let me throw that your way and see if you can assimilate that into what you’ve already created.” And then we go from there. I want an actor to feel good when they leave. I want them to feel like they achieved what they came in to do. Actors are actors because they want to play with the material, so if you give direction and we can play with it a couple of times, it feels really good for me and for them.

Elyse Roth
Elyse is a senior editor at Backstage, where she oversees all casting news and features content, including her weekly casting director Q&A series, In the Room. She came to New York from Ohio by way of Northwestern University, where she studied journalism, and now lives in Brooklyn. She might see and write about awards-worthy films, but Elyse still thinks “Legally Blonde” is a perfect movie and on any given night is probably taking in some kind of entertainment, whether it’s comedy, theater, ballet, or figuring out what show to binge next.
END_OF_DOCUMENT_TOKEN_TO_BE_REPLACED