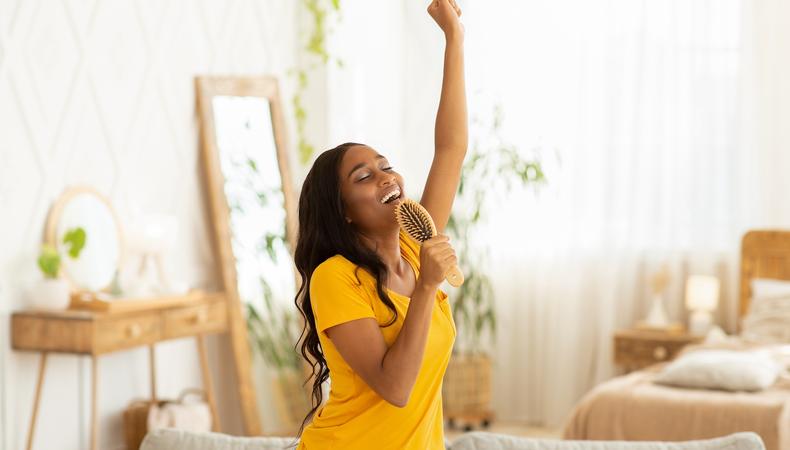 There’s a reason why the castrati were adored by the public—the ability to hit high notes is impressive. While we can give a collective harmonious sigh of relief that no one is being castrated for the sake of vocal capacity today, hitting high notes is still a highly notable feat. We all wish we naturally had Mariah Carey’s five-octave vocal range, but even her divalike vocal qualities required years (and we mean years—she started operatic vocal training at age 4) to achieve. By practicing and engaging with the tricks of the singing trade, you can learn how to sing higher.

What counts as a high note? 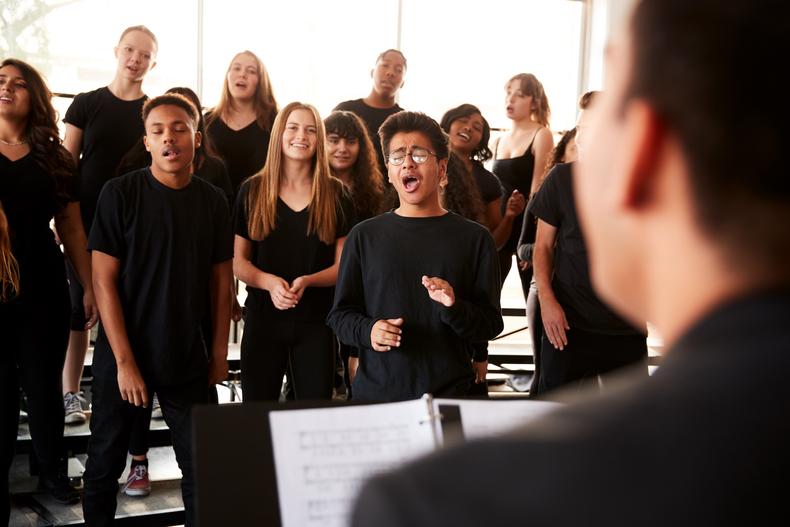 The whistle register generally begins at pitches above D6. High notes are produced through light, short vocal cord vibrations, so using a light touch is key.

Why learn to sing high notes? 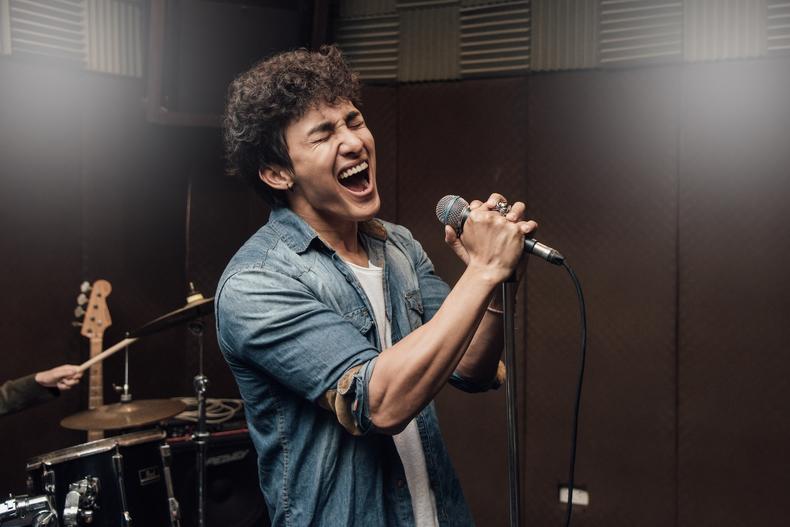 Beyond their place in popular music, high notes create high levels of emotion in musical theatrical performances. Would “Wicked" be the same without Idina Menzel hitting the high notes in “Defying Gravity”? We think not. Since musical theater résumés include voice type and range, if you can rightfully claim to hit high notes, you’re likely to garner more auditions and perhaps more roles. 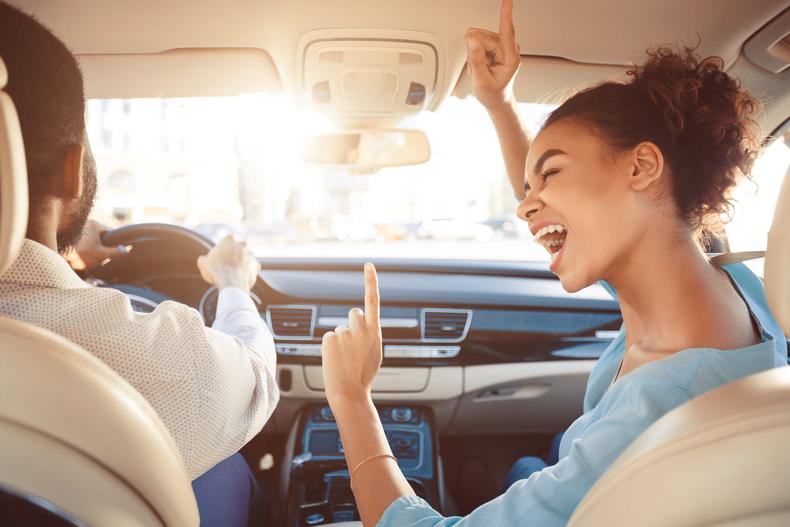 Axl Rose, Whitney Houston, and Ariana Grande all have something to teach you. Watch videos of their singing and really listen to their voices. Pay attention to vocal power, breathiness, and word sounds. Watch their facial expressions, body movements, and posture, and see if you can emulate them physically—if not yet vocally.

Protect your cords to hit those chords

Warm up your vocal cords before every performance—even if it’s just you trying to mimic Freddie Mercury in the shower. To warm up your vocal cords, start by conducting yoga-like breathing exercises. Close your lips and do your best Ujjayi breath by inhaling deeply through your nose. Then exhale through your nose while softly humming. Continue until you feel connected with your breath. After finishing your breathing exercises, do a series of vocal warmups for the:

Vocal warmups are important because you use two different branches of nerves when you sing, says Andrew Byrne, Broadway singing teacher and author of “The Singing Athlete: Brain-Based Training for Your Voice.” One branch is high in the neck and the other is in the upper part of the chest. To hit high notes, it helps to focus on the neck branch: the superior laryngeal nerve. “Stretching your neck and face before going for high notes can make high notes a lot easier and safer to reach,” says Byrne.

Build your way up gradually to Christina Aguilera–level. A useful trick is to try singing the second-highest note and then gradually making your way to the first-highest. You can also reach the upper register by using a breathy falsetto. Once you’re able to hit the notes with this light touch, you can work on building intensity and learning how to sustain high notes at a higher volume.

Much of the challenge with hitting high notes comes from the way bodies create sound. Closed-vowel sounds created with the tongue touching the roof of the mouth are easier to sing than open-vowel sounds created with the tongue far from the roof of the mouth. Try modifying vowel sounds as a sort of crutch as you reach up to your highest note. For example, you can narrow an “a” (“lock”) sound toward “uh” (“luck”), “uh” toward “oo” (“look”), “oo” toward “ou” (“low”), and “ou” toward “u” (“loo”). 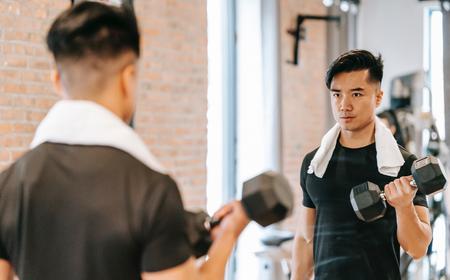 Similarly, you can place a consonant before a vowel to create a semi-occluded effect and keep those cords nicely phonating. Semi-occluded vocalizations widen the airway, creating phonation and allowing more variation in sound quality and volume. Voice educator John Henny says, “Try ‘noo’ on the high notes, gradually adding the text back in…you can also use vowel modification to find appropriate substitutions for problem words. For example, singing the word ‘that’ in the upper register is going to be much easier if it’s pronounced ‘thet.’” Replacing text with a vocal exercise can help when working on a song’s problem notes.

Let it all out

Overthinking can prevent you from hitting high notes. Instead of falling victim to paralysis by analysis, carefully (and rarely, so you don’t damage your voice), try really feeling the music. Imagine you’re performing onstage—or even try out an actual performance at your local karaoke bar. Letting what vocal coach Arden Kaywin calls your “inner siren” loose every so often gives “the freedom to explore your range outside of the pressure of singing.” Entering siren mode allows you to let go of any preconceived notions about how a sound needs to be, which frees it from the confines of your expectations. Just try not to lead any sailors to their watery doom.

It’s impossible to sing high notes well if you’re slumped at a desk. While singing, hold a strong posture by aiming your shoulders down and back. Engage your core, hold your chest high, and let loose. Be sure to unlock your knees to prevent postural syncope or fainting. 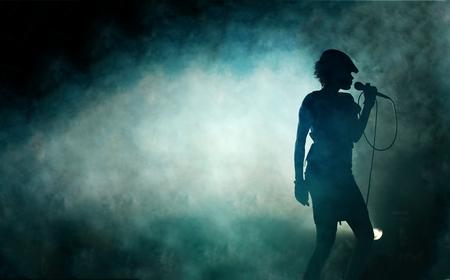 How Singers Can Avoid Vocal Fatigue

You can sing using your chest voice, head voice, or mixed voice. The chest voice is your speaking voice that emerges clearly from the diaphragm and upper chest. The head voice is a falsetto voice as can be heard in the majority of Adam Levine’s musical work. Mixed voice uses both the head voice to give access to higher notes and the chest voice for strength. Optimally, you’ll want to sing mostly using chest voice, since it gives you the best of both worlds: high range and control.

Practice, be patient, and persevere

Singing high notes can feel unnatural—even false(tto). But think back to the first time you played catch. Throwing a ball also doesn’t come naturally; you need to train your arm to move in the right direction with the proper force. Similarly, training your vocal cords to sing high notes through daily practice will help demystify the experience and make it feel more natural. One day, your practice, patience, and perseverance will pay off, and you’ll be singing high notes with accuracy and strength.