How Netflix’s ‘The Witcher’ Got Cast 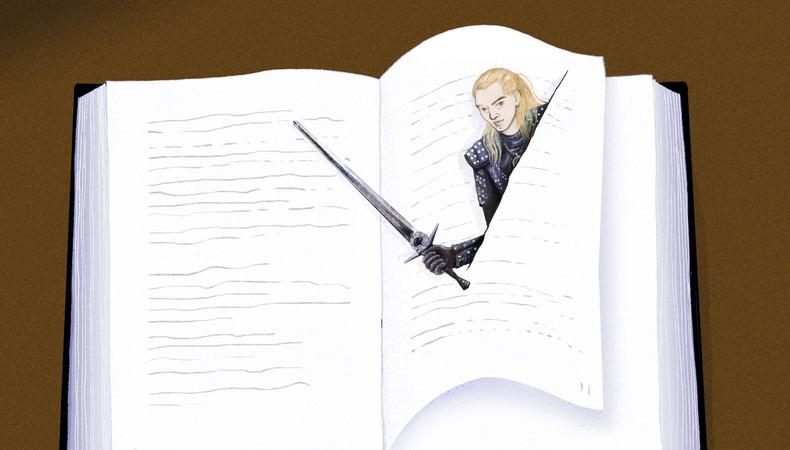 If London-based casting director Sophie Holland isn’t on your radar, she soon will be: Netflix’s epic new fantasy series “The Witcher” is already being compared to “Game of Thrones” for its potential to be the next big thing on TV. With “Superman” star Henry Cavill in the lead role, it takes place in another land, but is rooted in relatable themes. Based on the novels by Polish author Andrzej Sapkowski, the titular witcher is on a quest to find a place in his fictional universe. Casting “The Witcher” was a global affair, and Holland—known for championing new talent—scoured the world for actors. She’s also the CD behind “Madiba,” “The Indian Detective,” and the BAFTA Award–winning series “Dixi,” alongside regular work with London’s Almeida Theatre. Holland chatted with Backstage about casting the anticipated Netflix fantasy series and the importance of preparation for an actor’s success in the audition room.

What is your process when casting a novel adaptation like “The Witcher”?
I’ve done two series of book-based ideas, and in both instances, I’ve gone back to the source material. Scripts are amazing, but the fans of the product have this really in-depth love of the world, and I wouldn’t have been able to do them justice if I had not read the book. I’ve seen a lot of book adaptations where I’ve been dissatisfied with the level of detail that the characters bring, so I knew pretty early on that I was interested in actors who could come in and bring a wealth of inner life with them and a wealth of knowledge of the world, if possible, or at least be smart enough to be guided by the material. I never want to cast just on looks alone.

With a production on the scale of “The Witcher,” is the casting process ever complete?
No! We were on that show for three or four months before the shoot, right through to the final day. There are new characters being written, new scripts, and huge production moves happening. To give you some context, half of Episode 1 was shot at the beginning and the other half was shot at the end of the series because of locations and changes and everything else. It’s a constant moving feast.

What advice do you have for actors?
It’s all about the preparation. More often than not, you’ve got great material to fall back on, so it’s all going to be in the script that you’re sent. You should really excavate those sides with care. We see really good actors every day, and very often they come in with reads that are not dissimilar from each other. Every now and then, we’ll get an actor who comes in who has really thought about it and really takes it to another level. It’s those actors who bring something exciting to the role.

What makes an actor memorable to you in an audition?
Don’t be memorable, just be you. Come into the room and understand that it’s a collaboration between a casting director and the actor, and that we want to work together on something that you bring ideas to that are well thought out and well-prepared and excavated—that you’ve really thought about what you want to bring to that character. Come in, be polite, and be on time; ultimately, be ready to work. Then we’ll start to build a relationship with that actor. The thing about casting directors is that we have incredible memories. Four years down the line, we will remember you when something comes up, and we’ll bring you in. But actively trying to be memorable is counterproductive; you don’t want to be remembered for the wrong reasons!

READ: The Creators You Should Know Making Work for Netflix

How do you typically prepare when casting a project?
We have something called a creative week on every project, when the whole team comes in. We’ve all read the source material, we’ve all read the script, and we start with the characters from the lead down. We’ll take the first character, read the scenes together and talk about exactly what’s in the script that we need to show. Then we’ll talk about what aspects aren’t on the page that might be nice for the audience to see. We look at the characters from every single angle—what’s on the page, but also what you want the audience to pick up subconsciously, based on age or other similar factors. Once we’ve done that with all of the characters and we’ve done a list of physical attributes, skills, or anything else that we want to see, then we might come up with a list of people that pop into our minds that we think might be right for the role. When we have a list of around 10 people, we send it off to the showrunner or the director just to make sure that our thoughts are aligned and we’re going in the right direction. And then we start calling people in and having them read.

How much of the casting process is about the chemistry between the different characters?
A lot, especially if they’re playing a pair or a group of people that spends a lot of time together. Especially with a project like “The Witcher,” we cast a world, and every time we cast someone, we paint that world in a color. We have to have a great understanding of the scope of the world that we want to put together. It’s all about chemistry, but what is so interesting is that we as CDs don’t get to know the actors particularly well. We get a sense of them in the room and we definitely understand their ability, because that’s what we do every day. We might do chemistry reads that show us two actors together; but, ultimately, they’ll go on and have a relationship that’s all their own and we won’t get to see that grow.

Where do you look for talent outside of agent submissions?
Everywhere. It’s really important not to narrow your search to just the submissions that agents make. We’ll go to community theaters and drama schools. Drama clubs are really good, especially if you’re looking for children. And we very often don’t narrow it down to the U.K.; we search in Europe, in Ireland. We might look in the model world or the pop world, depending on what we’re searching for. If we’re looking for someone really strong, we might look at bodybuilding competitions, for example. We try to be as diverse as possible, and we’re looking to open up the opportunities as much as possible, including for people who might not have an agent.

This story originally appeared in the Dec. 19 issue of Backstage Magazine.