“In television, experience is so valued. Because of our messed up world, those experienced people are predominantly white, cis, and heterosexual. You have to elevate and bring in newer, young voices. Give them the room to fail.”

Despite coming a long way in recent years, Hollywood remains an unwelcoming place for many LGBTQ+ actors, producers, and creators. Backstage managing editor Benjamin Lindsay spoke with seven LGBTQ+ creators—Steven Canals (creator and co-showrunner on “Pose”), Trace Lysette (producer on “Trans in Trumpland” and actor), Adam Goldman (creator of “Hot White Heist”), Leslye Headland (showrunner of “The Acolyte,” “Russian Doll”), Brandon Kyle Goodman (writer and actor on “Big Mouth” and in “The Latrell Show”), and Dan and Zelda Barnz (creators and showrunners on “Generation”)—about the struggle to find safe spaces in the industry, progress being made in representation, and how far Hollywood still needs to go to embrace all walks of life. Watch the full video above, and catch some highlights about these creators’ experience working in this space below. 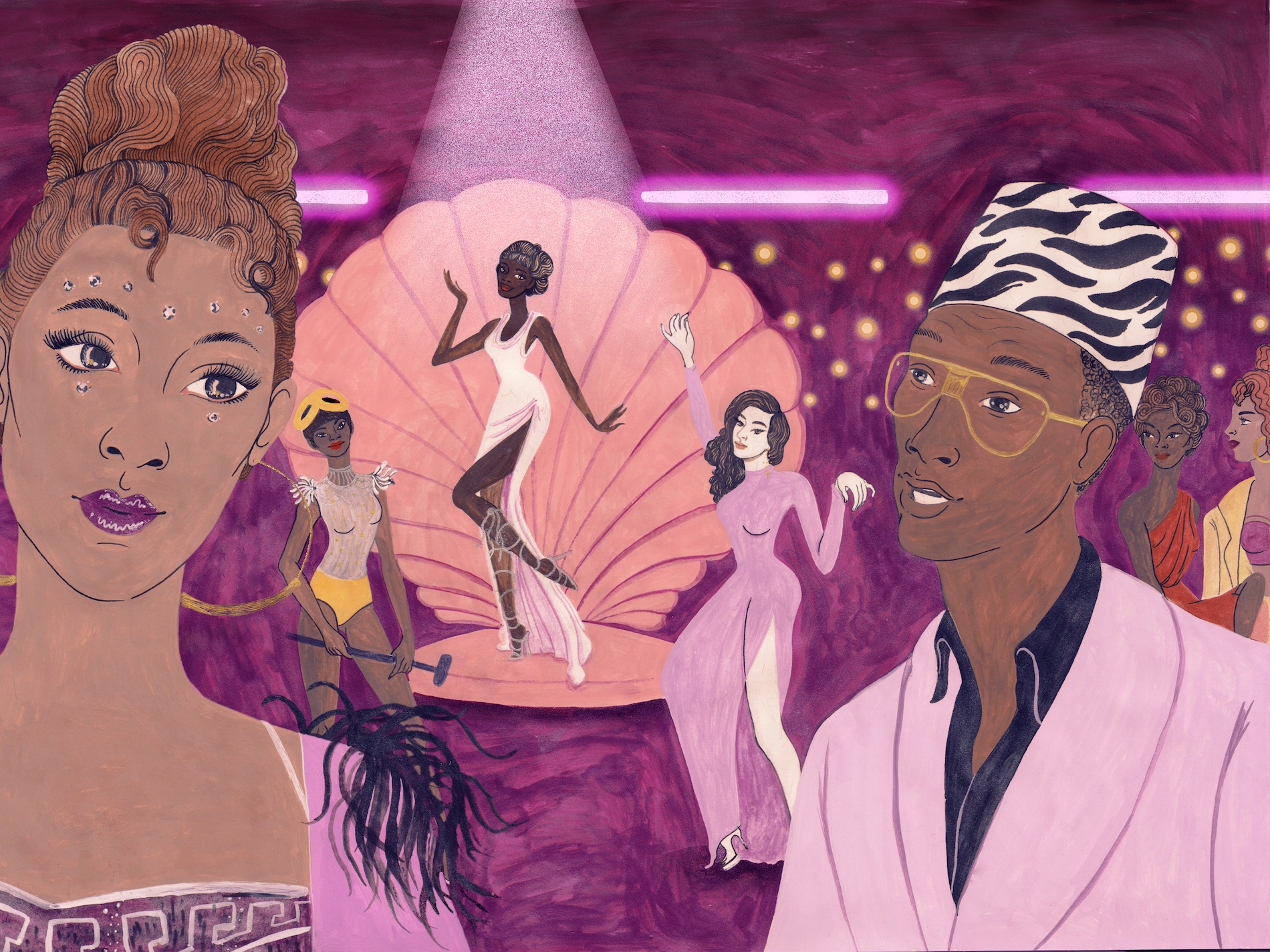 In addition to the 166 meetings it took to bring “Pose” to life, Canals felt a lot of pressure from himself while creating the show.
“It’s work that I think is necessary. There’s that work we all have to do as LGBT+ people when it comes to having our hands at the wheel to tell our own story. I was a first-time producer, I never produced television prior to meeting [Ryan Murphy]. There’s this added pressure of being handed the wheel and then feeling like, ‘OK, I just need to make sure I keep my hands here and keep moving straight, because if this veers off there’s a possibility it will impact everyone else in the community.’ We’re not just representing ourselves, we’re representing everyone in the community.”

Goldman won’t tell a story that isn’t authentic to him.
“The only thing you have that is unique is your voice, all you can do is deliver what you can deliver. For me, it’s been about getting out of my own way and acknowledging this is a story I want to tell, a story that’s true to me, and not being embarrassed of that. It will connect with people, it’s about finding the right audience. Anytime I try to push myself beyond what’s true to me, it doesn’t feel good so I try to stick to what I love.”

After Headland came out in her 30s, her work felt more freeing.
“It’s changed the way I speak about my work and myself. Because I was so unconscious for so long in my life, I kept telling these stories about women who were trapped by invisible forces, whether that be cultural forces or literal time loops. It’s always women unclear about where the danger is, it feels like it’s everywhere and I can’t be myself. Any queer person has this journey in a different way, the call was coming from inside the house, the problem was in here. Since I’ve come out, my characters have been a lot more outspoken about the way they’ve trapped themselves. I’m a lot more confident and I know where the call is coming from and what the monster is.”

Since creating “Generation” with her father, Zelda Barnz has had to unfairly justify to people why the show is reflective of her experience.
“A lot of people have just asked, ‘So is everyone on the show gay?’ There are so many shows where everyone is just straight, so why not? There is a lot of having to justify creating a lot of queer characters in one show. That being said, our partners at HBO Max have been really amazing collaborators and supported us in our journey for queer representation. In general in the world, queer stories are questioned and I’ve had to navigate that. People have asked me if I’m queer, and I have had to justify why I want to tell these stories.” 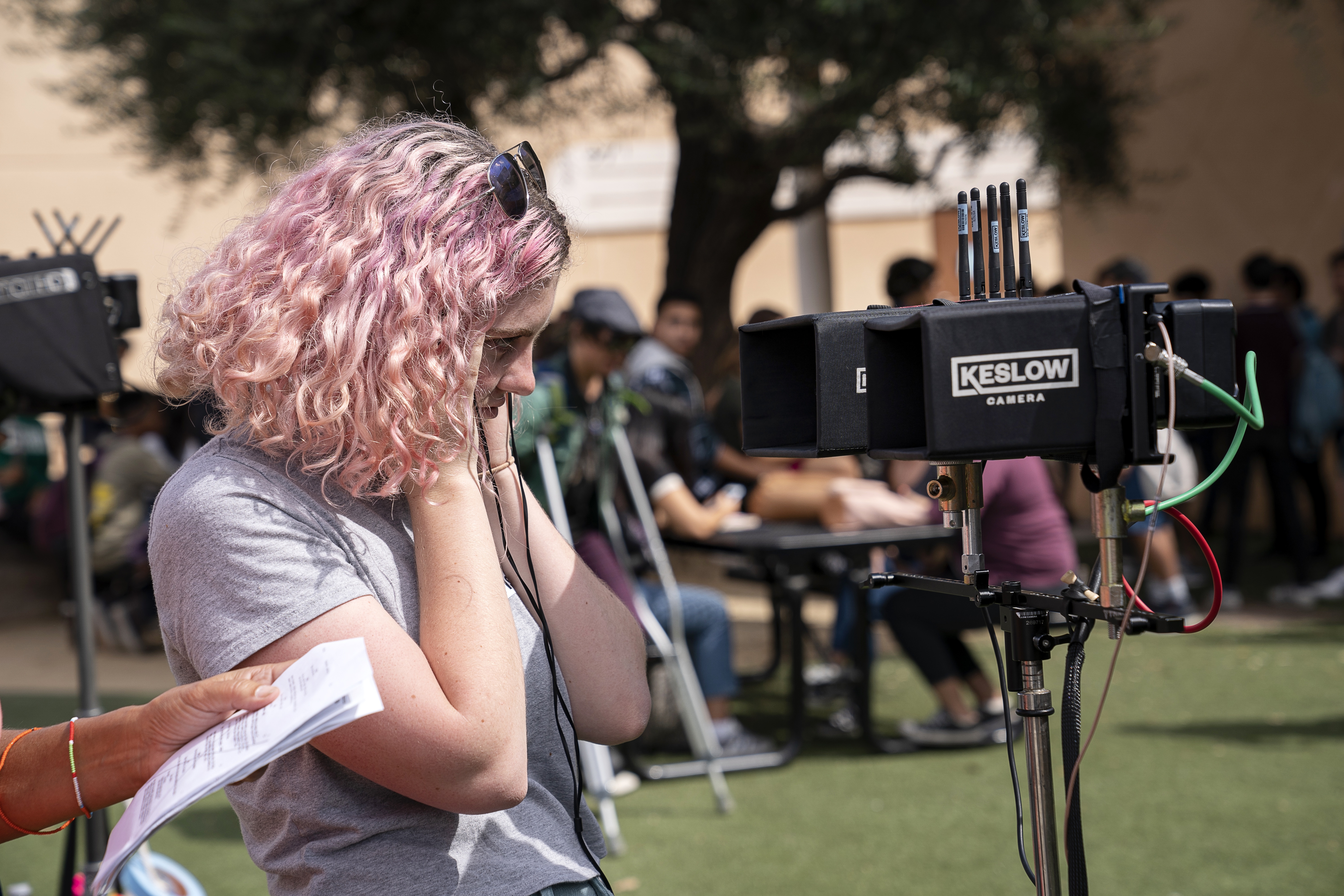 While Goodman is proud of progress made, he acknowledges that queer creators are still not being valued enough.
“Us being on this panel is amazing; 10 years ago would this exist? Probably not. But there’s a sadness in how far we have to go. There’s a sadness in walking into a writer’s room and being the only queer person, the only Black person. Knowing you have that pressure and feeling lost, how do we push this needle and why is this such an uphill battle? It feels like it’s such an easy solution: back, support, finance, champion. Give queer creators the space to fail, develop, learn, and grow in the same away that a straight, cis, white man has. You know how to do it, so why can’t we have the same support?”

People in charge often look for creators with experience, which Dan Barnz says is unfair.
“What is hard is in television, experience is so valued. Because of our messed up world, those experienced people are predominantly white, cis, and heterosexual. You have to elevate and bring in newer, young voices. Give them the room to fail but also figure out how to reverse this system so all these people can come to the top and be those experienced people.”

And for Lysette, the value of academia needs to be deemphasized and lived experiences should be more prioritized when telling authentic stories.
“We put a lot of weight in academics and protocol and how things have been done, and not as much weight in lived experience or that raw, real piece that somebody can’t write unless they know it. We have to find a way to start putting value in people’s experience that aren’t just familiar to whatever Hollywood is comfortable with or if it’s not delivered in a way Hollywood is comfortable with. There is beauty and value in stuff that is not delivered in a traditional way.”