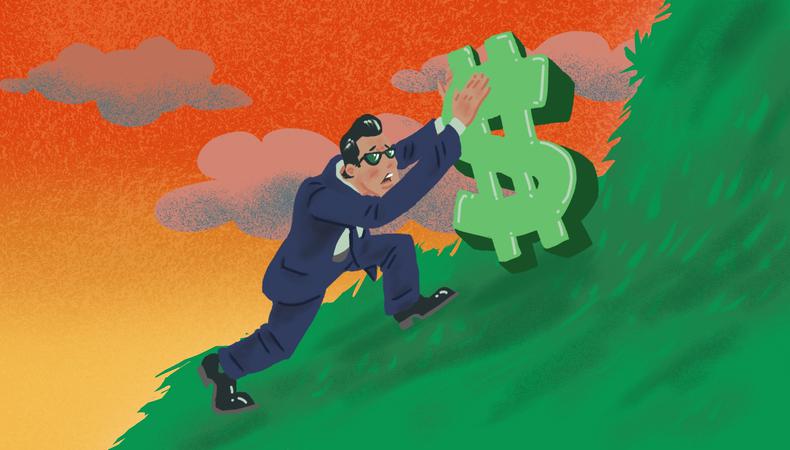 Agents are greedy. That’s what everyone says. And I have two responses to that simplistic and stupid statement: First of all, yes! We are definitely greedy. And second, why is that a bad thing when it results in better deals for our clients?

Look, who doesn’t want to make more money? That’s a natural part of living in a capitalist society. And since my ability to earn more is based on larger commissions, the only way for me to bank those dollars is to get my clients the best deals possible. If the actor makes more, I make more. And that’s boat drinks all around.

But it’s worth noting that my greed isn’t solely about those precious green bills with dead presidents on them. A good agent pushes to improve a deal on all points, not just the financial compensation. That’s how we look out for our clients.

READ: Why You Want a Greedy Agent

Take the other day, for instance. One of my guys booked a week of work on a new streaming show that’s shooting in what I would call an “uncomfortable environment.” The offer said that production would provide him with a honeywagon dressing room during the shoot. If you don’t know what a honeywagon is, go stand in your closet for an hour. Anyway, I pushed and pushed until they agreed to give him a triple-banger, which is slightly larger and a lot cozier. Did this greed result in more money for yours truly? Nope. But it did make my client happier, and that’s what this gig is ultimately about.

I’ve got another example of nonmonetary greed. When an actor books a guest star role on a TV show, their credit appears at the beginning of the episode in the main titles. The larger guest stars who are the focus of the plot and work several days are given a single card. That means the actor’s name appears alone onscreen—very cool. But there are smaller guest stars who usually work just one day, and those performers appear on a shared card. That means two or three names, typically, get lumped together.

One of my clients recently booked a one-day guest star on a network procedural. The offer said he would receive “guest star billing in the main titles on a shared card with no more than three names.” That’s fairly typical. But I pushed and pushed until they agreed to cut the number of names down to two. Is this a huge accomplishment? Did I cure cancer? Nope. But I bettered the offer, and my client was pleased.

READ: Are You Looking for an Agent in L.A.? Remember This.

I’m not trying to pat my own back, but agents rarely get the credit we deserve. There are a ton of things we do for our people that have nothing to do with putting money in our pockets. I guess you could argue that doing all of that makes the clients stay put so we can collect more commissions, but that’s flawed logic. I’ve never heard of an actor firing an agent because their name appeared on a card with one too many people.

Push, push, push. That’s what we do. Agents are pushers. And all that shoving benefits us and the actors we represent. Besides, would you really want to be represented by someone who just takes what they’re given and never fights back?