Case Walker knows a thing or two about overnight success. On Season 2 of HBO Max’s “The Other Two,” created by Chris Kelly and Sarah Schneider, he plays Chase Dreams, a nascent pop star for the YouTube era. The show centers on Chase’s siblings—Cary (Drew Tarver) and Brooke (Heléne Yorke), two washed-up millennials who hit a wall even as their brother and mother (Molly Shannon) rise to stardom. But Walker functions as the show’s heart and elevates Chase beyond a mere Justin Bieber parody. The actor, who originally gained a following on social media platforms like Musical.ly and TikTok, joined us to discuss filming “The Other Two” and choosing not to cater to algorithms.

Walker treated working with his co-stars as a master class.
“They’re all just super talented. They do a lot of listening. They know what they want to do, but they’re really good at: ‘Hey, is this what Chris and Sarah want? OK, I’m gonna do that.’ Then in the scenes, too, they have a lot of fun. I went into this show like: Oh, this is a huge production; this is going to be so serious. But then on set, we’re just having fun. We’re all professional; we all prepare and do the work. But when we get to set, whatever character work you’ve done is there, and we just have fun and enjoy the art of acting.”

He admits some of the series’ niche jokes have gone over his head.
“I was, like, 14 or 15 when we did the pilot, and they mentioned Debra Messing in that episode. The name jokes where they were mentioning people would just fly over my head. Like, Debra Messing? Cool? Those were the ones that definitely had to be explained. And then of course, growing up, like, 14 to 18, you just become a lot more self-aware and more aware of the world you’re in. My appreciation for the comedy and the writing in general just grew a ton as I became more aware of how incredible the writers are.” 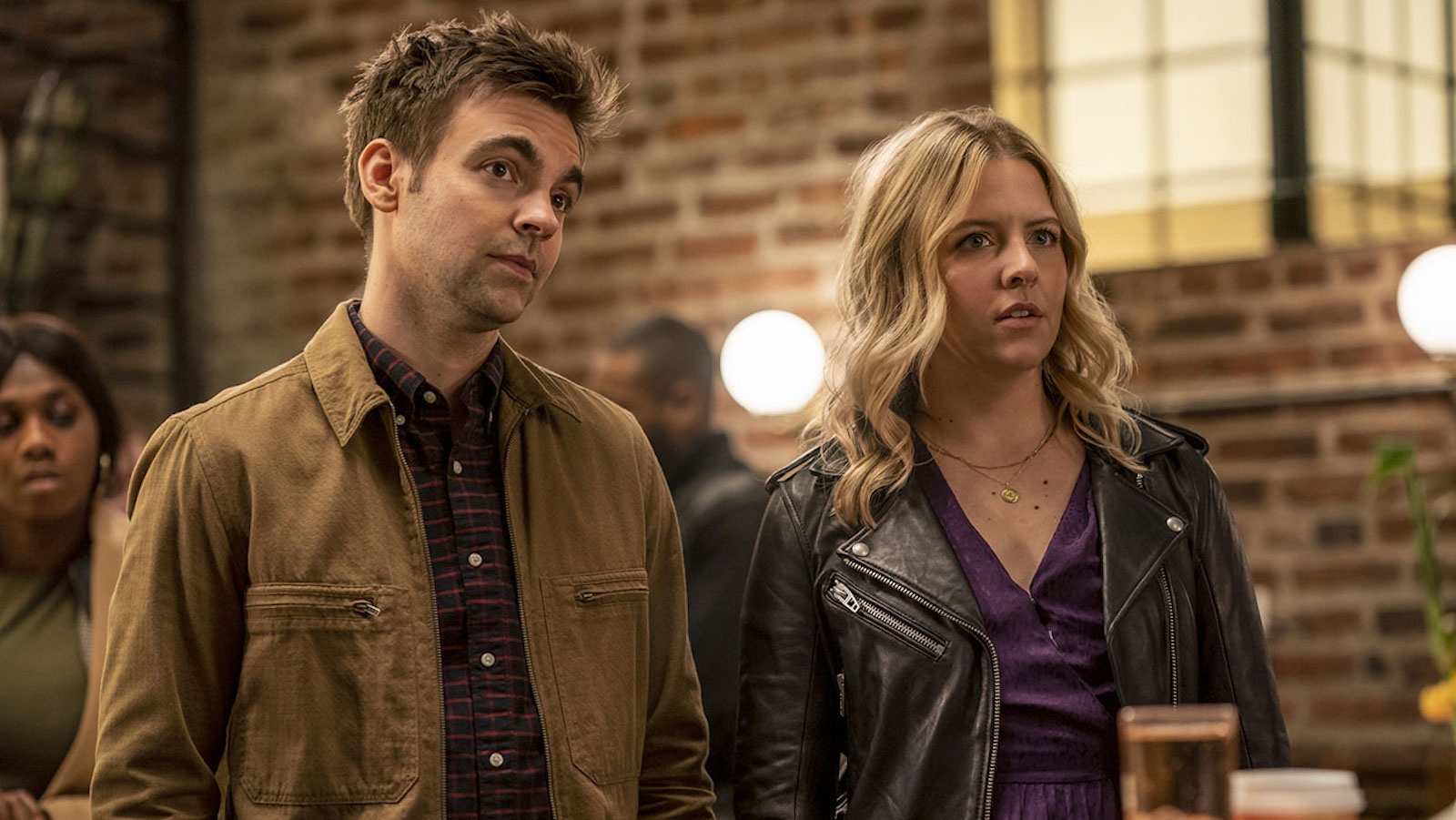 As a budding social media star, Walker found an outlet for his creative pursuits.
“I’ve always been a performer and an entertainer since I was a kid—the classic ‘play the guitar around the fireplace for the grandparents’ kind of kid. In middle school, I really needed a creative outlet, so I started posting everything I did on social media. My singing, my comedy, Musical.ly, and Instagram—just having so much fun. I ended up using it as a vehicle to get to the acting thing and to get out to L.A. My parents, I got them on board, because they weren’t going to just fly me out to Hollywood. So they were like, ‘Let’s do this thing. He’s making it happen on social media!’ I was on a broken iPod in my room in Colorado. I just started making videos, then used that to launch my acting career; and it’s been a really cool journey, and I’m so grateful for it. I just dove into it hard and have been working at it for five years now.”

Walker believes aspiring actors shouldn’t worry about tailoring their work to internet algorithms.
“The first thing you have to do [on social media] is to identify what your goal is. Are you trying to get views and are you trying to get likes and get noticed? Or are you trying to put out a body of work that has some foundation to it? Are you trying to make short form? If you’re trying to become an actor, your first goal is to make quality content. You want to make stuff you want to make; you don’t want to cater to the algorithm. As much as the algorithm is great and views are great, if your real focus is gonna be the craft, you’re going to have a hard time focusing on likes and stuff—because those aren’t going to cater to quality content a lot of the time. They’re going to cater to what’s popular. And hopefully your stuff is popular sometimes, but you have to be focused on the craft first, especially if your goal is acting and you hope it gets picked up. But that’s the scary thing about social media: It can be all over the place, and you have to be consistent. Just be you. I started doing this thing, saying, ‘Be yourself, be yourself, be yourself,’ and I’ve continued to say that till now, because when you start catering to an algorithm on social media, it can really mess with your head.”