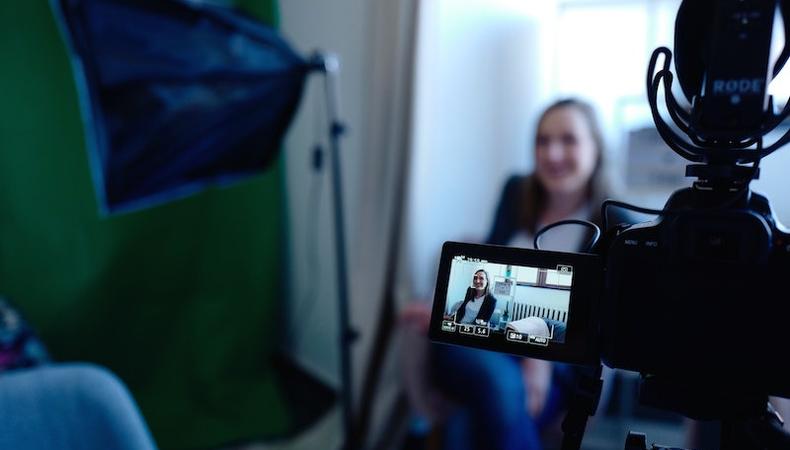 History will likely highlight the #MeToo and Time’s Up movements as some of the most distinctive cultural shifts of the past decade; as we continue into a new one, the Time’s Up Foundation has released a series of informational packets outlining best practices and resources for actors hoping to resist and combat harassment or intimidation in the entertainment industry. With a particular focus on auditioning, the opening of one packet offers a letter of solidarity: “No role, job, or relationship is worth compromising your physical or emotional safety. And if something happened to you, we believe you. You are not alone and we are here to help.”

Co-written by 15 industry activists, the guide aims to educate actors about their rights in a field where project-specific demands can leave space for manipulation and abuse. The guide to auditioning, divided into roughly six sections, highlights the peculiarities of the industry and emphasizes the gray area between appropriate and not: “Come back sexier,” for example, could be an appropriate request, the guide advises—it depends on the circumstance. “If the request is related to a role, it is not necessarily inappropriate or unlawful,” the guide states. “However, you do not have to comply with the request if it makes you uneasy.”

Chemistry reads are an accepted—yet unique—practice in the field as well. When actors are being considered for a role that is intimate with another character, they will have the two actors audition together to observe their dynamics, or, if they have chemistry with each other. For example, Romeo must work well with Juliet. If an actor is expected to kiss, touch, or display nudity during a chemistry read, the foundation advises that actors know their rights, communicate their thinking, and prepare. “Communicate your boundaries to the casting director...make sure the casting director has agreed to your terms about what you will and won’t do before you arrive at the chemistry read.... Before the scene starts, have a frank conversation with your acting partner,” advises the guide. Further, actors should be informed if a screen test will also be captured.

Since revelations about a widespread culture of abuse and harassment in Hollywood and beyond went viral in 2017, many workplace peculiarities that were once common became taboo. For example, in 2018, SAG-AFTRA—the nation’s union for screen and audio talent—banned hotel room auditions. The union also released a code of conduct for members to hold others accountable and hold themselves responsible, too.

The union, along with the guide, advises bringing a support peer to callbacks and auditions in the event something goes wrong or unexpectedly. “Your body is your own,” the foundation emphasizes. “Never assume others will take care of your boundaries. Create and communicate them, and, if they are compromised, you can stop immediately.”

When it comes to discrimination, once again, the entertainment field is, well, contrarian. Casting directors can make hiring decisions based on factors that would be protected in other workplaces. For example, age, gender, sex, and race can all be considered in hiring situations under the Bona Fide Occupational Qualification in regulations for the Equal Employment Opportunity Commission. However, casting agencies should be upfront about stipulations. But, even that practice can get tricky, as "Hamilton" experienced when producers advertised a call for “nonwhite” actors in 2016, drawing criticism from the union for stage actors, Actors’ Equity.

But just because an action isn’t unlawful, doesn’t mean it’s right. Thus, the guide encourages actors to communicate concerns to company human resources departments. While skeeziness or unprofessionalism might not be illegal in some scenarios, such behavior would likely violate workplace codes, policies, and standards.

When it comes to understanding the severity—or irregularity—of a situation, the guide encourages actors to call their legal defense for assessment. While a situation might not be a quid pro quo, it could be a hostile workplace case or retaliation. And even if it’s not explicit, that doesn’t mean workplace harassment is unbeatable. The guide opens with a list of resources actors can call upon to take action if something isn't right.

The “Your Rights in Auditions” is one guide in a series of three, which also includes “Your Rights in Nude and Intimate Scenes,” and “Your Right to Report.” The guides are the latest attempt to turn activism into practice and reverse long-festering cultures of unprofessionalism.