How to Audition for Second City 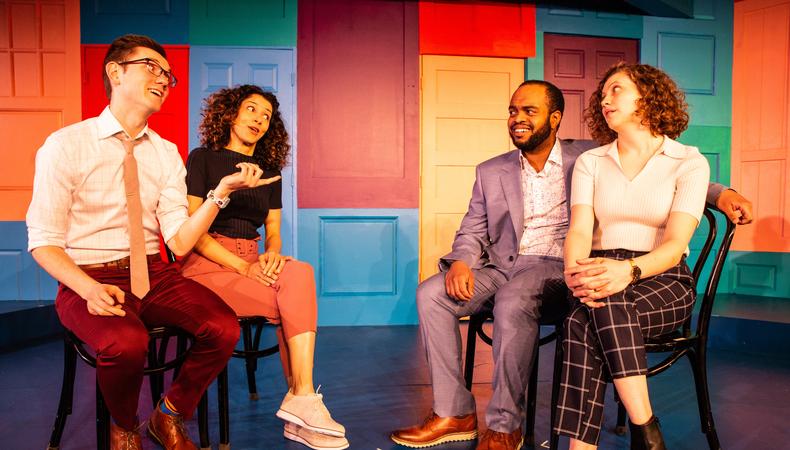 Since its humble beginnings as a scrappy Chicago cabaret, Second City has become internationally known for developing some of the world’s most iconic names in comedy like Gilda Radner, Martin Short, Bill Murray, Catherine O’Hara, Tina Fey, Stephen Colbert, and Keegan-Michael Key, to name just a few. As a pioneering institution behind improvisational and sketch comedy, Second City is a place many performers dream of cutting their teeth.

So what makes one improviser rise about the rest and what’s the best way to “yes, and” your way to a career in comedy? Here are five tips on auditioning for Second City—and laughing all the way to success.

1. Don’t try to steal the spotlight

“I went to Second City, where you learned to make the other actor look good, so you looked good.”—Bill Murray

Second City ensembles really hum when all of the actors are working to make each other look good. At Jason Sudeikis’s audition for the Second City Touring Company, he was paired with “a woefully underprepared scene partner, a guy whose mother had somehow talked the casting team into letting her son have a shot,” recounts longtime casting executive Beth Kligerman in the newly expanded book “The Second City: The Essentially Accurate History.” Despite this, “Jason lifted him up and carried him through the scene, just cool as a cucumber. In our hearts and minds, he won that audition right there.”

2. Don’t assume you know who they’re looking for

“I hear this often,” says Dionna Griffin-Irons, Second City’s director of diversity talent inclusion and development. “That comedy is white-dominated. My response to people with limited vision is to change your space and environment. Apply to anything diversity and inclusion focused. The Second City NBC Bob Curry Fellowship is one of those opportunities that opens doors for new voices of color, LGBTQ, and differently-abled voices to study and learn comedy by top Second City professionals. That's a terrific boon! Do the research and talent can find a slew of opportunities to bridge the gap and diversify the industry.”

RELATED: How to Become a Standup Comedian

One of the most appealing aspects of improvisation is that it allows actors to play any role and create any kind of scene they can dream up. However, knowing your range and understanding the kinds of characters you’re best suited for will only bolster your success onstage.

“When you can get your voice and your point of view across, that can really separate you from the others,” says Matt Hovde, a resident director for the company and artistic director of the Second City Training Center. “In improv, we often encourage performers to play anything! Use your imagination! But at the end of the day, you’re also a working actor. You want to present a character we can believe in, and root for, and feel for.”

4. Don’t panic on the stage

When Joan Rivers auditioned for Second City in 1961, she was unfamiliar with improvisation, flying into a rage after learning there was no script and flinging a glass ashtray at her auditors. She got the job, but we don’t recommend taking this approach in the 21st century. “Improv auditions can feel terrible,” admits Hovde. “You can’t prepare, and you usually don’t know who you’re playing with.” Improvisers who are comfortable in their own skin and aren’t intimidated by their environs tend to rise to the top.

“Confidence with a slight bit of cockiness makes a performer stand out to me,” says Griffin-Irons. “It says to me they know who they are, and they’re not waiting for anyone to ‘cosign’ their comedy. They’re driven and are having a ball with or without you.”

It might seem counterintuitive, but failure is one of the key markers of success at Second City. “Improvisers who rise to the top are funny, of course,” says Hovde. “The great thing is, there are so many different ways to be funny, and people who aren’t afraid to fail to get to the comedy are the ones who stand out.” Stephen Colbert is a big proponent of this idea, once explaining in GQ, “You gotta learn to love when you’re failing...The embracing of that, the discomfort of failing in front of an audience, leads you to penetrate through the fear that blinds you.”

Most improv bombs, so you’d better learn to fail up.

Liz Kozak
Liz Kozak is director of editorial and content development for the Second City and co-author of the new book “The Second City: The Essentially Accurate History,” an updated and expanded look at the Second City’s sixty years of comedy history, now available wherever books are sold.
END_OF_DOCUMENT_TOKEN_TO_BE_REPLACED