How to Actually Be a Working Actor 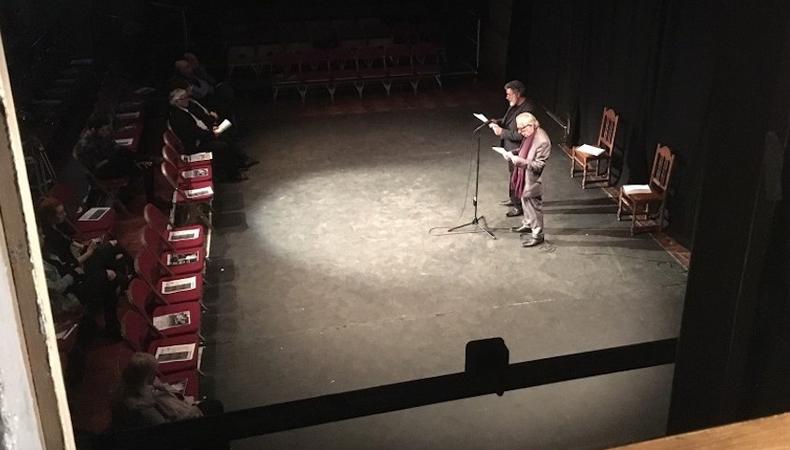 You want to be a working actor. You know you’re talented and feel like you deserve to be seen and appreciated; to get auditions and to be cast. You long to be hired to do what you were born and trained to do.

Of course you do...What else would you imagine? Your expectation is legitimate. And noble. But the business just doesn’t work like that. It doesn’t recognize talent by itself, at least not quickly. It won’t come find you and it won’t celebrate (or often hire) you unless you’ve done work that gets rave reviews in a hit show or movie or become a YouTube sensation. Even then you might not get the attention of the “decision-makers.” And when you do, your popularity will likely fade quickly as a newer, flashier star attracts them with even shinier brilliance. Then you’re back to square one.

The truth—and this may be hard to hear—is that actors keep getting cast because they have credits and because casting folk, producers, directors, and executives have seen them many times. Casting them feels safe and easy. Casting actors who have reels of recognizable work and great credits, who’ve recently appeared on several Netflix shows, who’ve been the lead in a celebrated indie at a festival, or who they’ve just seen over and over for years come with a sort of guarantee. The people in power know what they’re getting; there are no uncertainties when they cast someone whose work they are very familiar and comfortable with.

Then there’s you, slaving away at your day (or night) job and taking classes and doing plays and talking with friends about making work. But still, you aren’t penetrating the seemingly unyielding ceiling of the industry. You’re not grabbing the attention of the decision makers. You’re not breaking through the din of the thousands of wonderful actors slaving right by your side.

You’ve got to do something about it, but what?

READ: How to Survive As a Working Actor

You have to be doing continuously amazing work on stage (where people will see you) and you have to be willing to do it for a long time. You have to be in the work as an actor however and whenever you can. More immediately, you have to have strong work on film. These days, having that piece of remarkable footage can be a game-changer. It’s one of the things that grabs the attention of agents, managers, casting directors, executives, showrunners, and filmmakers. A great clip that reveals your immense talent can open doors. But it has to be spectacular.

If you don’t have the footage (and even if you have a few great clips from shows in which you’ve guest starred), you have to make something. You have to find other people to help you make it. You have to create until your unmitigated talent is on screen. You have to keep doing that until you’ve captured something brilliant. Then, keep creating because it thrills you!

Moreover, you’ve got to get out of the mindset of and stop defining yourself as a non-working actor and become a working actor. Because you are working. You’re making shit. You are writing and producing work. You’re a student of it. You’re collaborating with people who are better than you and more accomplished than you, who elevate you and bring you to a place where you are doing work you didn’t even know you were capable of (and you thought you were pretty capable).

You need to get yourself to a place where you are acting like a beast, where you are at the top of your game: a fierce, athletic competitor in your field. Where you turn that rush of need into work. Whatever it takes for you to do that and get out of the mindset of, “I’m not one of those (successful-working-lucky actors) I’m one of those (waiting-dreaming-tortured) actors.” You cannot wait for something to happen. You cannot put your talent and desire into the hands of people who are running right past you, chasing the next shiny star or the tried and true.

A few years ago, I was working on a show where the perfect guy for the part (in my opinion) was David Harbour. I advocated hard for him. He self-taped. He was ready to work for the (low) money we were offering. He was willing to come to L.A. to do the role for a few months, mostly on his own dime. But the folks making the final decision just didn’t see him as sexy enough. We moved on. He certainly moved on. And recently someone with whom I’d worked said, “Why didn’t we ever considered David Harbour? He’d have been so great.”

David didn’t wait around for us. He kept working, doing what he loved or what would pay, and in that, he landed the role (Hopper in “Stranger Things”) that was his game-changer. But it took decades of work. He wasn’t the shiny star; he was the constant. Then he became a “breakout star” after years and years of work. He became shiny.

We say it over and over and over again, but it merits saying again: You have to take control of this thing you call your career. You have to be proactive; create, work, act. You have to take artistic leadership. You must climb to the mountaintop (which can take decades); in fact, you have to create the mountaintop. Before you know it, you’re standing there with worth and dignity, with creative force and artistic power. And you become undeniable in the eyes of everyone because you are standing on this mountaintop of your own invention and they are looking up. They see a working actor. A force. They are pulled to you, to your “shiny star.”

And if, as with David Harbour, it takes 20 years for them to call you a “breakout star” and pay you what you’re worth, you’re okay with that. Your work is solid, your talent is secure. You’re doing the work of a working actor, work that means everything to you. And you’ve got enough artistic weight to do just about anything.

Be a working actor. Join The BGB Audition Revolution.

Risa Bramon Garcia
For the past 40 years, Risa has worked as a director, producer, casting director, and teacher. Having directed two features—including “200 Cigarettes”—she has also directed for TV and dozens of plays in New York and Los Angeles. Her casting résumé includes more than 80 feature films and shows, and includes “Desperately Seeking Susan,” “Fatal Attraction,” “JFK,” “The Joy Luck Club,” “The Affair,” “Masters of Sex,” and the original “Roseanne.” She is a founding partner of The BGB Studio, known for revolutionary acting training.
END_OF_DOCUMENT_TOKEN_TO_BE_REPLACED

Steve Braun
Steve Braun is an acting coach, teacher, and communication consultant, drawing on years of acting, Buddhist practice, and martial arts training to help his clients discover and express their unique emotional truth. When he pursued an acting career, he starred in movies, was a series regular many times, and guest starred on numerous TV shows. He is a founding partner of The BGB Studio, known for revolutionary acting training.
END_OF_DOCUMENT_TOKEN_TO_BE_REPLACED