The Top 10 Play List in the U.S. Welcomes a New Demographic 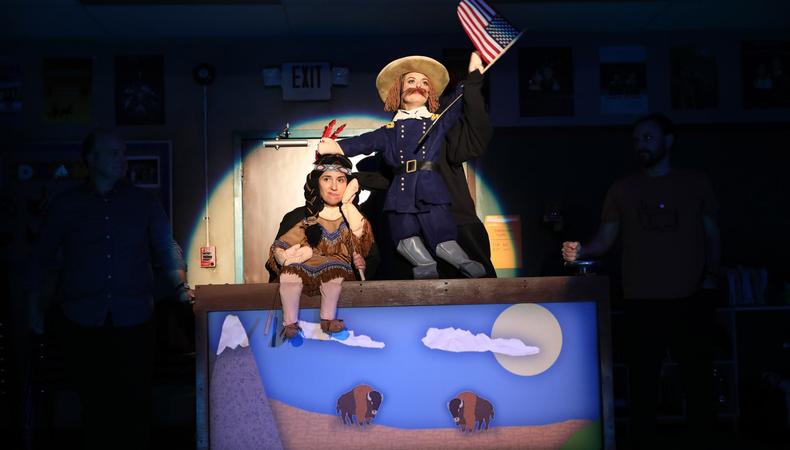 The most-produced plays on professional stages around the country this year have been revealed. Of the 15 writers of the list, seven are male-identifying, nine are female-identifying, and three are playwrights of color. Last year, eight writers identified as female and six playwrights of color; 2019, however, included the first playwright of Native American heritage to ever make the list: Larissa Fasthorse for “The Thanksgiving Play.”

Every year, American Theatre magazine, the trade publication for non-profit theaters in the United States, publishes data indicating which shows audiences around the country are consuming. Even though it’s a Top 10 list, this edition has 14 plays listed thanks to various ties. For industry workers, the numbers indicate the shows actors are most likely to be cast in, what artistic directors are talking about—or—perhaps, which audition monologues might now be overdone.

This year, there are two No. 1 plays—and both have been on the list before. The most produced play is still Lucas Hnath’s “A Doll’s House, Part 2.” However, it’s tied with “The Curious Incident of the Dog in the Night-Time.” Adapted from the Mark Haddon novel by Simon Stephens, “Curious Incident” was the third most-produced in last year’s list. Sarah DeLappe’s “The Wolves” made the list for the second year in a row.

In the listing are also Duncan Macmillan and Jonny Donahoe’s one-person show, “Every Brilliant Thing” and Nia Vardalos’ adaptation of “Tiny Beautiful Things” by Cheryl Strayed. You may recognize Vardalos’ name from “My Big Fat Greek Wedding.” She isn’t the only movie star on the list: Steve Martin and Edie Brickell make a cameo with their bluegrass musical, “Bright Star.”

Dominique Morisseau’s 90-minute drama about the educational inequity, “Pipeline,” and Joshua Harmon’s comedy about a New England prep school, “Admissions,” both premiered at Lincoln Center and made the list together. Jocelyn Bioh’s “School Girls or, The African Mean Girls Play,” set in a Ghanaian boarding school, is on the list, too.

Don’t look at the list and think Shakespeare and holiday productions of “A Christmas Carol” have gone to the wayside; they simply aren’t counted because of their assumed persistent popularity. (In case you want to know, there were 79 Shakespearean productions and 39 Tiny Tims on professional American stages this year.)

The data comes from the Theatre Communications Group (TCG), the organization that publishes American Theatre magazine. From Sept. 1, 2019, to Aug. 31, 2020, the organization has tabulated 2,229 show listings from 385 TCG-member theaters. The data does not include touring Broadway productions or performances by educational institutions. When it comes to school stages, statistics indicate that the plays selected are more old school.