The Top 10 Tips for Becoming a Successful Comedy Actor 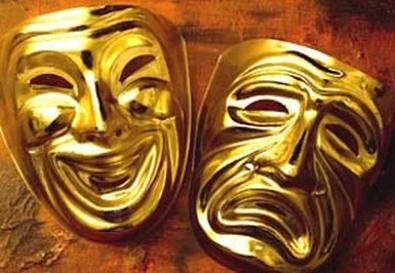 1. Find your funny.
In what way are you funny? What's funny about you? Being aware of what makes up your personal "funny"—finding the comedy in yourself and your everyday life—is the first step to becoming a successful comedy actor. Your sense of humor is your innate ability to be funny, what I call your funny gene. It has a number of influences, especially your upbringing. So, who tickled your funny bone growing up—a relative, a teacher, a best friend? Or did you learn how to be funny by watching great comedic actors? Also remember that comedy comes from drama, and drama comes from pain. Thus, comedy comes from pain. Are you able to draw humor from your pain? Once you've found your funny, you need to identify where your comedic strengths lie.

2. Identify your comedy character.
Is your sense of humor dry and sarcastic? Silly and lighthearted? Shameless and quirky? Knowing your comedic qualities will help you identify your comedy character. I've discovered eight specific comedic character archetypes that have been used since the advent of television. In my book "The Eight Characters of Comedy," I break down each one and its unique personality traits. Are you patient and brutally honest like the Logical Smart One? Are you the desperate but hopeful Lovable Loser? Are you one of those unpredictable, unflappable eccentrics living In Their Own Universe? Each character has its own comedic attributes, and inevitably you'll find one with which you'll experience a natural, organic merge. Focusing on your comedy character will help you find your all-important comedic niche.

3. Explore your comedy.
To be a successful comedy actor, you have to study the art form, and the best way to do that is in class. In comedy class, not only will you learn how to properly execute comedic technique; you'll also get an opportunity to hone this new, powerful career tool: your comedy character. You'll get to work that character in various scenes, exploring its history, motivations, actions, and comedic strengths. You'll get to interact with other characters and possibly explore new secondary characters for yourself. Most important, comedy class will help you see where you're getting laughs, which will help you build your comedic repertoire.

4. Stick to the script.
Comedy is all about rhythm, timing, and pace, and it's your job as a comedic actor to identify those things in each and every piece of scripted comedy you perform. Comedy, when done right, is like a good song. Just as a musician plays the melody as composed, a comedic actor must stick to the script. That means following the words exactly as written. Don't add or drop words or attach handles to the beginnings of sentences, like "Look," "I mean," "Well," and "So." And don't change the punctuation! Always remember that a period is not just the end of a sentence; it's the end of a thought. Blowing past it or changing it to a question mark will not only change the intention of the line but also the "music" in the dialogue.

5. Learn to break down comedy scripts.
Comedy is made up of two things: desperation and the unpredictable. These themes are found in story lines, jokes, and characters. And keep in mind that comedy consists of positive and negative forces that work against each other to create the humor in the script, especially in the dialogue. Breaking down comedy scripts will help you identify classic jokes like "the turnaround," in which a character says something with 100 percent conviction, then turns it around with equal conviction. Try it yourself: "You're going to Disneyland! (Beat.) Not." There are also "triplets": The character sets up with two simple and similar lines of dialogue, then on the third line hits the joke with something different and unpredictable.

6. Perfect your funny.
As you develop your character and learn your comedic technique, you'll also start to examine more-subtle but important tools for your comedy, especially in the script itself. You need to identify the operative word (a word used over and over in a scene), callback jokes (jokes repeated over the course of a script), the hard consonants (k, t, and p) used by the writer to maximize the effect of comedic dialogue, and the funny words (Vitameatavegamin) used to enhance the punch line. Some writers will clue you in to important words by underlining, italicizing, or bolding them, but often that discovery will be up to you.

7. Stay committed.
"Dying is easy; comedy is hard." It's an old adage, but so true. What makes comedy so difficult? Commitment. As a comedy actor, you need to be 100 percent committed to the dialogue, physical actions, jokes, technique, and especially the characters. It takes just as much commitment to do comedy as it does to do drama, perhaps even more. Think of all the comedy greats and how willing they were to "go there" for their comedy. There is no shame, no embarrassment, and definitely no faking it when it comes to comedy. You and your character need to believe in everything you're doing and commit to it wholeheartedly.

8. Be still.
One of the biggest things that can kill a comedic scene is unscripted movement—what I call physical static—from an actor. That includes adjusting your clothes, scratching your nose, stretching your neck, waving your arms, tapping your thigh, rolling your eyes, and so on. Unless movement is specified in the stage directions, you should stay still, as any extra movement will distract from the comedic rhythm of the piece. I'm not saying you have to be a statue, but as a comedic actor it's your responsibility to be aware of your space and control your actions so you don't pull focus. Along the same lines, you must also learn when to hold for laughs, keeping still and holding your intention while the audience laughs and waiting for the laughter to die down before continuing with your dialogue.

9. Watch the comedy masters.
There are so many legends old and new in this business, and watching them work is vital to building your comedy career. From Lucille Ball to Steve Carell, Jackie Gleason to Bea Arthur, the cast of "All in the Family" to the cast of "Friends," you need to know your comedy history. Rent or DVR as many of these classic shows as you can, as well as popular new shows. Watch them first for the sheer entertainment, then watch them again as a student of comedy learning from everything the actors do.

10. Have fun.
When performing comedy, you have to enjoy what you're doing. You need to do your homework, find your character, perfect your technique, commit to the text, then go into class, an audition, or a job and have fun. Take some risks. Be confident and bring on the funny! If you're having fun, you'll feel a surge of energy inside you that will bring out your best, most positive, most energized performance. It will get you to the "louder, faster, funnier" that defines comedy. And if you're having fun, the casting director, the writer, the producer, and ultimately the audience will have fun with you, and that will help you become a successful comedy actor.

Acting coach Scott Sedita, winner of Back Stage's 2008 Readers' Choice Award for Favorite L.A. Acting Teacher, is the author of the book "The Eight Characters of Comedy: A Guide to Sitcom Acting & Writing." The book has become a textbook in colleges and universities as well as a resource for comedy writers and producers. He also consults on comedies for the networks. 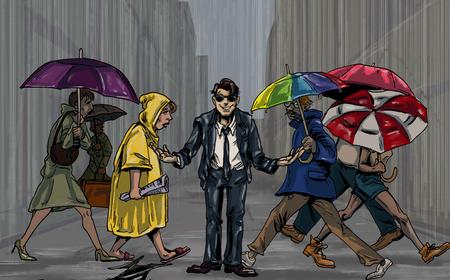 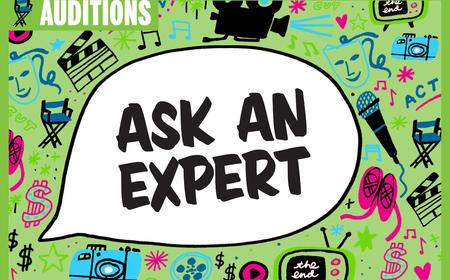 How Do I Impress Casting Directors in the Room?