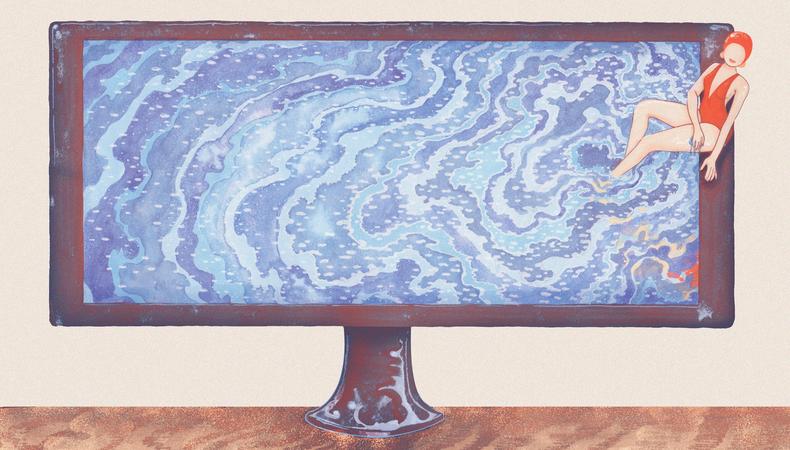 Ever wonder what casting directors are looking for when casting for television? While most of the acting and audition advice you’ve heard from our In the Room series applies to any audition situation, there are several ways that acting on television is different from film or theater, and that means CDs are looking for specific traits when auditioning for small-screen projects. Here, our In the Room–featured CDs from the U.S. and abroad share those specifics.

The industry has changed.
“There’s a push to see different faces, shapes, [and] sizes, so that’s great. The technology has also changed completely. I used to have to deliver scripts to actors’ houses, make them audition via phone call, and type up contracts on a typewriter. When we first started taping auditions, it was with big tapes. Now, people watch auditions on their phones while they location scout. Where salaries are concerned, basically every show I work on, they’re paying scale. There are no bumps to pay, no more asking quote. No matter what you made before, this is all we have. It breaks my heart every time I have to tell actors it’s to scale, because I want them to make a living. A really great character actor could live a great life before, working on a couple of movies and doing some recurring guest star [roles], but that world is gone.” —Felicia Fasano, “Crazy Ex-Girlfriend”

Keep it human, no matter the genre.
“I love grounded performances. I know I cast a lot of comedies, but they’re usually all grounded in reality. I love actors who can see the broad situation but find a way to make it real and funny at the same time.” —Melissa DeLizia, “Pen15”

READ: This Casting Director’s Favorite Part of His Job Is You

Keep your location options open.
“TV has become much more international in terms of the work we are doing, but also [in] the landscape across which we are casting. In Australia, we are often looking at actors from the U.K., Asia, Europe, and America, which is exciting—and the flip side is that Australians are working overseas and bringing that experience and confidence back into Australian projects. Even on particularly Australian films, there is a sense of them sitting in the larger world thematically. It’s also much more technology-driven. We can see a lot more people via self-tapes, which evens the playing field for actors and gives us an opportunity to see far more people for a role than we could reasonably schedule in the room.” —Nikki Barrett, “Jack Irish”

Be prepared for things to happen quickly.
“A lot of TV is about managing—people, your team, and all the different characters and personalities involved in the production. On the shows that I do, 98 percent of the actors never meet the director or the showrunner until they are on set. My role really extends to asking, What is this person like? Are they going to be able to shoot in another country? Are they going to be OK to shoot so many scenes in a day? Are they a team player? Are they going to be able to take direction? [That’s in addition to asking] if they can embody the role, which is massively important. Even if they can, I have to ask, Can they also deal with the fast-paced nature of the production? Are they going to fit into our family? I think with children, especially, that is a big consideration.” —Rose Wicksteed, “Genius”

TV is a much faster pace.
“On a movie, we have three months to find 30 roles, and on series we’ve done, it would be 90 roles that we have to cast in eight days. That’s essentially the time period that you get to cast an episode of television. We were just like, go, go, go, go, go. It’s crazy.” —Nicole Daniels, “Legion”

READ: What Theater Actors Should Know about TV Acting

There are a lot of people involved. Decisions aren’t made by one person.
“The huge difference in television and film in my experience is that there are so many people involved. If I’m working on a Christopher Nolan movie, when we’re making decisions on ‘Interstellar’ or ‘Dunkirk,’ we’ve done so together. We’ll make decisions on who we want and that’s that; it’s a very finite party. Nine writer-producers on a TV show and a studio and network is just a very different process. It’s a necessary evil. There’s great television being done, there are amazing writers out there telling stories in places where they’re being seen. Do you want to be part of it? It’s just a different tool and a different process that we have to use.” —John Papsidera, “Valley of the Boom”

“A lot of people don’t understand or appreciate the extent of the considerations of the casting process beyond the creative aspect of the job, which is the cherry on the top, really. That’s the human interaction with the actors, when we help them to be able to embody new characters. The idea people have about casting is different from the reality, which is the huge amount of logistical and administrative work and endlessly checking availability. Massive parts of the casting world [are about] availability, heights. With kids, it’s getting a child license in time, how old they are, and if they can get out of school. We need to know what agent someone is with and how to manage a situation where there are two actors we really like at the same agency. It’s a puzzle, and it can constantly change. As much as we want to be in control of the elements, at that point, we have to release a certain amount of control because there is so much we can’t control.” —Wicksteed

“Even with well-known talent, the challenge becomes getting six people to agree on an individual to make an offer, because they all perceive actors differently. In features, it’s really the director’s prerogative; it’s a director’s medium. In television, it’s more a cacophony of voices and sort of casting by committee. And don’t forget, you also have to consult the studio. Everything requires their blessing. Getting people on the same page—because how you view an actor is very subjective—that can be tricky. Ultimately, only one actor’s going to play the part, and we have to be able to get everybody on the same page after looking at a lot of film. That’s really what the list-making process is about. It’s presenting the producers with the right film clips that point them in the correct direction, or at least something that helps educate them about a particular actor’s portfolio of what they can do.” —Mark Saks, “The Hot Zone”

Elyse Roth
Elyse is a senior editor at Backstage, where she oversees all casting news and features content, including her weekly casting director Q&A series, In the Room. She came to New York from Ohio by way of Northwestern University, where she studied journalism, and now lives in Brooklyn. She might see and write about awards-worthy films, but Elyse still thinks “Legally Blonde” is a perfect movie and on any given night is probably taking in some kind of entertainment, whether it’s comedy, theater, ballet, or figuring out what show to binge next.
END_OF_DOCUMENT_TOKEN_TO_BE_REPLACED